All or Nothing for Alstom?

Troubled French engineering giant Alstom could become a test case for European industrial policy. German rival Siemens has shown interest in bits and pieces, but French Finance Minister Sarkozy says it's all or nothing. 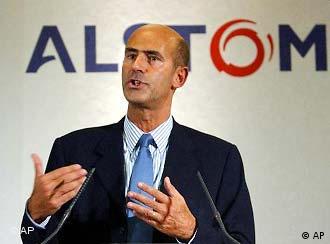 Nicolas Sarkozy is set to meet EU Competition Commissioner Mario Monti in Brussels Monday to plead his case for rescuing the beleaguered French company Alstom. The French finance minister has long been opposed to selling off parts of the heavy engineering firm, but he's been unable to reach an agreement with Monti, who has rejected as unfair state aid to keep Alstom afloat.

"We'll save Alstom from being dismantled," Sarkozy said in an interview published Monday in the Parisian daily Le Figaro. "Don't count on me to abandon it."

Sarkozy fears that Alstom won't survive otherwise. He came up with a plan to sell off parts of Alstom worth €1.6 billion to appease the European Commission and hopefully curry Monti's favor for a state-backed bail out heavily shouldered by French banks. French state-controlled energy group Areva would also be part of the deal and likely be expected to pump money into Alstom.

But Brussels reportedly prefers the idea of selling parts to Areva or Alstom's main rival, Germany's Siemens. Alstom has already sold its smaller divisions such as utilities and turbine production plants, and the larger divisions such as transport and nuclear power could be prize catches. And neither the banks, BNP Paribas and Crédit Agricole, nor Areva back Sarkozy's solution. 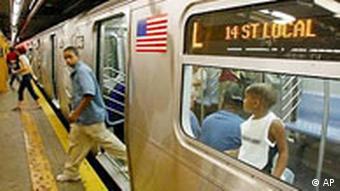 Indeed, Areva and Siemens have jointly proposed an alternative plan to restructure Alstom, with Areva taking over the transport division, including the TGV high-speed train, and Siemens acquiring the large energy division.

Going to the dinosaurs?

Alstom has been an ailing industrial dinosaur for years. Its mixed portfolio of cross-the-board divisions mired it down, draining the profits of more successful ones. Disaster loomed in 2003, until the French government, anxious to preserve the conglomerate, stepped in with €800,000 in financial aid. Banks pitched in the remaining of the €3.2 billion that rescued the firm. The deal still hasn't been approved by Brussels, which opposes state intervention in business transactions. 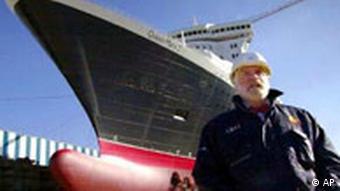 In 2003, the company reported turnover of €21.3 billion and €1.4 billion in losses. This year its losses have increased to €5 billion and growing. Time is running out for Alstom, too, since the initial rescue package expires in September.

Whatever happens in Brussels Monday, Sarkozy and French Prime Minister Jean-Pierre Raffarin are due to travel to Berlin in late May to talk to German Chancellor Gerhard Schröder and cabinet members about industrial cooperation, which the two countries aim to intensify.

Berlin and Paris are still patching up relations after the French government got involved in takeover negotiations between pharmaceutical companies Sanofi, Aventis, and Novartis. It threatened to veto the Swiss company, Novartis, and pushed for the fusion between France's Sanofi and the Franco-German concern, Aventis. Berlin criticized France's "interventionist tactics."

But on Thursday, at a Franco-German summit meeting in Berlin, President Jacques Chirac indirectly apologized for the tensions and distanced himself from the issue of Alstom.

"It's not up to me to prejudge the situation," Chirac said. "This is about private companies and it's not our job, neither the French nor the German government, to impose a point of view or a solution."

The French-German pharmaceutical group Aventis has agreed to merge with its French rival Sanofi-Synthelabo in a move that is expected to create the world's third-largest drugs company. (April 26, 2004)

Both German conglomerate Siemens and troubled French rival Alstom denied on Wednesday that Siemens was preparing a complete or partial takeover. (April 29, 2004)