Algerian President Abdelmadjid Tebboune released the activists, and a prominent journalist, following his decision to hold new elections. But the protest movement in the country appears to be far from satisfied. 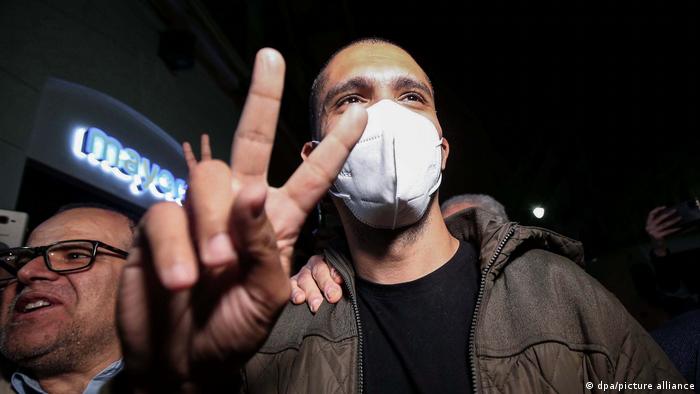 Journalist Khaled Drareni was among those freed

Algeria released more than 30 pro-democracy activists from prison, including a prominent journalist, on Friday in the first group freed under presidential pardons.

Dozens of people gathered outside the prison in Kolea, west of the capital Algiers, where journalist and activist Khaled Drareni had been held. Drareni was a correspondent for French-language channel TV5 Monde and member of the press freedom watchdog Reporters Without Borders (RSF). Drareni's supporters chanted "free and democratic Algeria" as he was released. He was serving a two-year sentence for his coverage of the "Hirak" anti-government protests.

"I thank all those who have shown solidarity with us in Algeria and abroad, because of our combat as free and independent journalists and the fight of all imprisoned journalists and all prisoners of opinion. We will all be free when all the prisoners are free," said Drareni following his release.

Hirak activist Dalila Touat, who was on a hunger strike in prison since January 3, was also released on Friday.

Coming before an anniversary

The pardons were issued ahead of the second anniversary of the Hirak protest movement, which demanded an overhaul of the political system that had been in place since Algeria's independence from France in 1962. The movement pushed longtime former president Abdelaziz Bouteflika out of office in 2019. It was halted last year as the pandemic took hold, but the protests have since returned.

Algerian President Abdelmadjid Tebboune said that around 55 to 60 Hirak members would receive amnesty, as the protesters plan to mark two years of action on Monday. Tebboune also called for new elections earlier this week, dissolved parliament and promised reshuffling the government within 48 hours on Thursday. Those elections might take place by the end of the year.

According to the National Committee for the Liberation of Prisoners (CNLD), there are about 70 people currently in prison over their links with the Hirak or other opposition political activities.

Still more to be done

The Hirak movement has regained momentum in recent times, as the country continues to face political and economic issues, with the COVID-19 pandemic adding to the troubles of the oil-dependent economy. 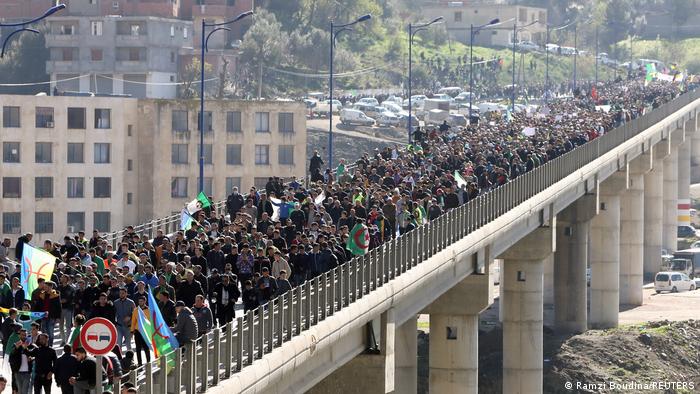 Drareni's lawyer, Abdelghani Badi, told AFP, "we hope that the amnesty will be a first step towards a real political transition in which the people will be sovereign," while waiting for Drareni's release.

Said Salhi of the Algerian League for Human Rights said, "democracy is not limited to elections but to the exercise of democratic freedoms. The Hirak calls for a change of the system through an authentic and open democratic process."

Taxi driver Mussa Abdelli concurred, telling AFP: "The people are not satisfied by the government's decisions. We want to build an independent and free nation and the pardon is far from enough."