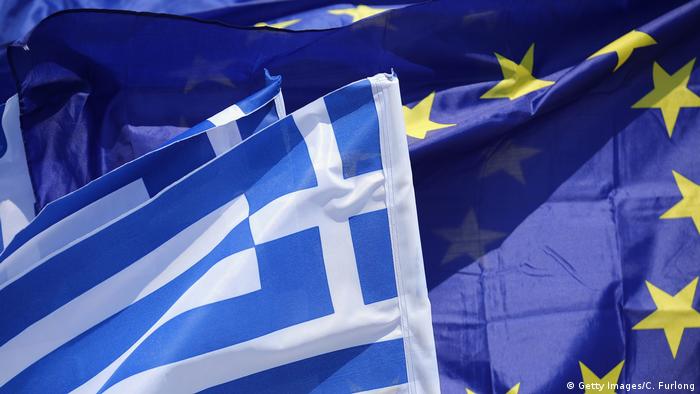 On Friday, Greek Prime Minister Alexis Tsipras said the latest austerity deal negotiated by his government would allow Greece to stand on its own feet financially soon. Creditors lent the country 8.5 billion euros ($9.5 billion) on Thursday. The new loan will help Greece pay back $7 billion owed to creditors by July.

"We took a decisive step leading our country out of the economic crisis," Tsipras said on Friday.

Germany's economy minister, who is on a three-day visit to Greece, has told the Greek people that he understands their concerns about the tough austerity measures imposed on them by the creditor nations. (30.06.2016)

Varoufakis: 'Bloodletting' of Greece must stop

As Greece's PM attempts to temper simmering discontent within his party, his German creditors debate whether they can trust Athens to repay its debts. Yanis Varoufakis condemned Greece's treatment as "bloodletting." (26.02.2015)

Eurozone ministers, including its most powerful official Wolfgang Schäuble, are optimistic about reaching a bailout deal with Greece. But Athens will have to wait longer for a deal on future debt relief. (15.06.2017)

"We always knew that Greece had a very difficult path ahead, and it will remain a long, arduous journey," Schäuble told Deutsche Welle. "Therefore, one must not create the illusion for the Greek public that everything has already been achieved. But they are now making good progress, and we're helping Greece."

He added that the goal was for Greece to "stand on its own feet" by the middle of next year.

Jeroen Dijsselbloem, the chairman of the Eurogroup, said the deal covered "all elements," including pension cuts and a further opening of Greece to foreign investors. Labor advocates were especially stunned by the creditors' enshrining of an anti-union measure into the requirements.

German officials expressed willingness to consider easing Greece's debt burden through reprogramming the repayment after the present agreement expires next year. Officials in Berlin want to retain leverage over Greece to make sure that the country implements cuts dictated by previous packages.

The Bundestag must review whether the deal deviates from a 2015 credit package enough to need new German parliamentary approval.

Those familiar with conditions in Greece over seven years of austerity were more critical. The economist Yanis Varoufakis, Schäuble's erstwhile counterpart and frequent opponent, called the requirement of a budget surplus of 3.5 percent of GDP through 2022 and 2 percent through 2060 unrealistic - even cruel.

"The Eurogroup remains committed to an insane level of austerity," Varoufakis wrote on his blog on Friday, picking apart the creditors' statement line by line. "After those further four years of mind- and soul-numbing recession, for those Greeks that remain in the country (and who have not migrated as a result of the utter misery the Eurogroup has spread all over the land), the austerity will be a little lessened until ... 2060."

Greece has renewed its calls for negotiations with Germany on reparations for damage caused in World War II. "These demands are valid and active," a Greek official said.