On the year of the 250th birthday of the pioneering German naturalist, award-winning Humboldt expert Andrea Wulf has published an illustrated book about his storied 1799-1804 expedition through equatorial America. 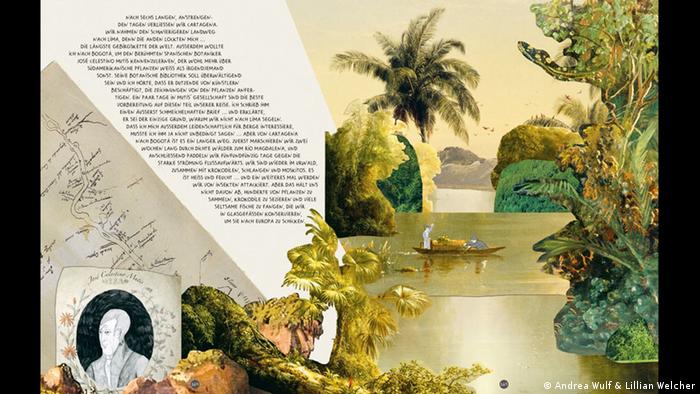 Published in Germany on March 25, Die Abenteuer des Alexander von Humboldt (The Adventures of Alexander von Humboldt) is a historical biography with a twist that revives a fateful expedition via Humboldt's own diaries, copper engravings, sketches, maps and preserved plants. These documentary fragments of a journey through Venezuela, Cuba, Colombia, Ecuador, Peru and Mexico — which were only recently made available to the public — were further interpreted by Wulf's collaborator, the New York illustrator Lillian Melcher, whose colorful collages give life to Humboldt's encounters with the indigenous people of South America, or his prescient warnings about man-made climate change. 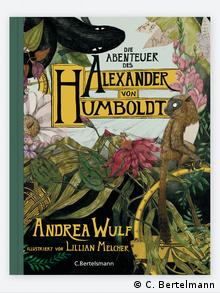 DW caught up with Andrea Wulf and asked about her motivation for writing yet another book on the Prussian geographer, naturalist and explorer.

DW: Your monumental biography, Alexander von Humboldt and the Invention of Nature, won numerous awards and was a global best-seller. What prompted you to approach Humboldt again, but in a completely different way?

Andrea Wulf: One of the things that was incredibly important for me was that Humboldt brings together the arts and the sciences. Humboldt is known as a scientist, as an explorer, but what people very often forget or don't know — I didn't know this when I started with my biography — is that Humboldt was also an incredible artist and that he never sees these two disciplines as separate. And in a way I wanted to do a book for his 250th birthday [coming this year on September 14] which is almost a homage to this interweaving of the arts and the sciences.

The second reason was that his legendary South American diaries, which had been in private ownership until the end of 2013, became available to the public. Once I'd seen them — 4,000 pages full of his rather bad handwriting but also also full of his incredible sketches and animals and plants — I knew that I wanted to do a book that would celebrate his artistic talent.

What is Alexander von Humboldt's continuing significance for the natural sciences, 250 years after his birth?

I think his ideas of nature still very much shapes our thinking today. He invented a new concept of nature that revolutionized our way of seeing the world. He was the first to talk about nature as an interconnected whole, something where everything was connected from the smallest insect to the tallest trees. He talked about nature as a living organism. And that is the basis of our ideas of the ecosystem.

He was also the first to talk about human-induced climate change in the year 1800, which of course remains one of the most essential and important topics today. There was a moment when he was kind of forgotten, but he becomes more and more important today because he sees the world holistically. 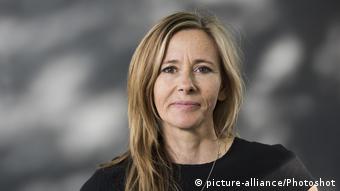 Wulf has written a 'genre-defying' homage to Humboldt

Even though it looks like one, you do not quite agree that the Adventures of Alexander von Humboldt is a graphic novel. How would you characterize your new work instead?

The problem with the term graphic novel is that it implies fiction. Everything in this book is based on facts, is historically correct. That is for me very very important — that it's not an invented story.

So in a way I would say it's kind of genre-defying because we are trying to do something slightly different with it. In America we decided to call it graphic non-fiction. It's a kind of illustrated journey of discovery. It's a book that is inspired by Humboldt's own drawings, maps, plant specimens. All of those are part of this book and it's illustrated but it's still a historical biography, just told in a very different way. 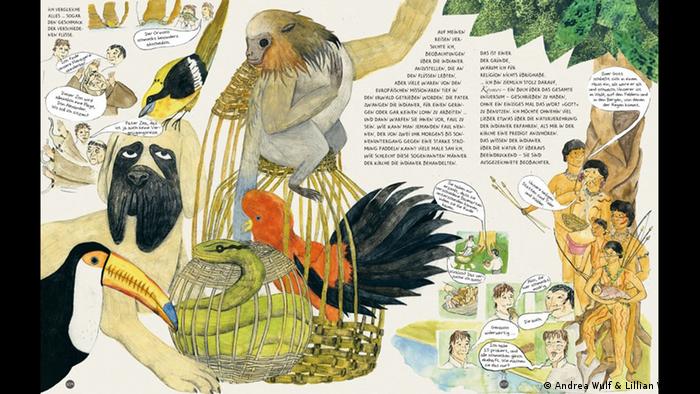 What are your favorite pages in the book?

There are several pages which I think are the most stunning. We have him walking through his own drawings and engravings, which I adore. And then there are others which are collages of paintings from all the painters who adored Humboldt and would then travel to Latin America a few years later and paint all the areas that he had described.

So what we did is we took those paintings and kind of cut them and used them as backgrounds for Humboldt to walk through. Every single page is so different. Every single page is almost a piece of art. There's no formula. Every page is a surprise and has so many levels. It's so rich visually, but also in terms of this story because it's also about him looking back at his life, understanding what those five years meant for his understanding of nature.

Why should we be reading about Humboldt today, and how has his legacy shaped your own work?

I think [Humboldt] bringing the arts and the sciences together is so so so important today. When we talk about climate change, we cannot just leave it to geo-engineers, to scientists. We also have to involve poets and artists. I think we have to talk about the importance of the wonder of nature when we talk about the threat to nature. All these things, I think I learned from Humboldt and they will stay with me for the rest of my life. He has very much shaped my thinking too.

German natural scientist Alexander von Humboldt was a legend in his day. We meet the author of a new book which remembers the 19th century adventurer and explains why his research remains relevant. (20.03.2017)

German President Steinmeier: 'We only have this one planet'

Celebrated German explorer Alexander von Humboldt was born 250 years ago. Far ahead of his time, he warned of the critical importance of protecting nature. Now Germany's president is following in his footsteps. (14.02.2019)

People like James Cook and Alexander von Humboldt were driven by curiosity. Their achievements can now be marveled at in an illustrated book, that will have you yearning for adventure. (28.03.2017)