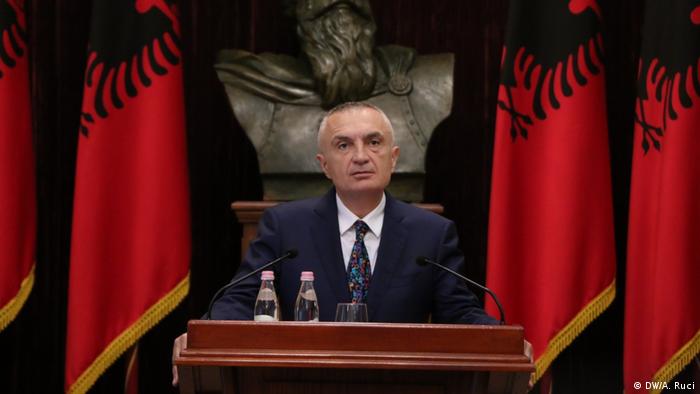 Albania and the United States have become embroiled in a diplomatic spat after the country's president accused Washington's ambassador of interfering in the general election set for Sunday. 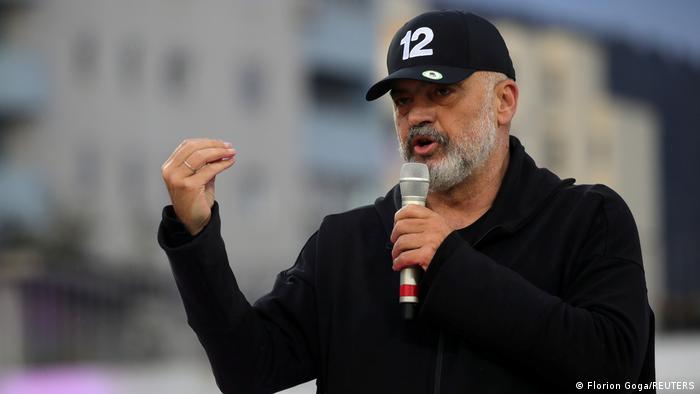 Rama and Meta have long been bitter poltical rivals

He urged Kim "to stop supporting Rama, who is violating the election" after warning that Albanians would take up their "pitchforks" if Rama tries to manipulate the results.

The US ambassador later slammed Meta's remarks as "unacceptable."

"These threats deserve condemnation. Those who incite violence will be held responsible for the results of their words and actions," Kim wrote on Twitter.

During the TV show,Meta also alleged that Kim told him during one telephone call, “We know some things about you.”

"I have told (Washington) that if you have any issue with me, please let me know because I know that you may even kill me," he said, suggesting the ambassador's action were part of a secret Serbian lobbying campaign.

Minutes later, the president said that he had received a message from the US Ambassador Yuri Kim urging him to tone down his comments, according to the Exit.al news outlet.

US diplomats in Tirana have not commented on the president's claims.

What is behind the row?

DW's correspondent in Tirana, Elona Elezi, says the US embassy in Albania has been engaged in the country's politics for decades. However, the public conflict between Kim and Meta was unprecedented, according to our correspondent.

"In recent years, US have been seriously invested in the vetting process in Albania — the justice reform which is expected to investigate high-level figures in the country's judiciary and political system," she said.

The new vetting system would put the nation's prosecutors and judges under the spotlight, and could eventually lead to confiscation of property or even arrests.

Why is Meta opposing Rama?

The 52-year-old head of state has repeatedly accused Rama, his bitter political rival, of trying to steal the upcoming parliamentary vote.

While irregularities have marred previous elections, Meta failed to cite any direct evidence to support his claims.

He also branded the Socialist Party leader a "gangster" who was leading "a kleptocratic regime."

The pair have been at loggerheads over the prime minister's handling of the coronavirus pandemic and ties with the European Union.

Meta, himself a former Socialist premier, founded a breakaway party, the Socialist Movement for Integration in 2004 that is currently led by his wife.

What are the main issues in Sunday's election?

Albanians will elect 140 lawmakers later this weekend which is considered as key to convince the 27-nation European Union bloc to agree on starting full negotiations to admit the small Balkan nation as a member.

Western diplomats have urged all political parties to dial down the rhetoric after a shooting on Wednesday in the capital, Tirana, was linked to party activists.

The incident left one dead and four injured.

The US Embassy urged the country's main political leaders to “exercise restraint” and “to clearly reject violence” before the election.