Alarm over land degradation in Africa

New studies show that land degradation is advancing and that African countries are among the worst hit. Poorer communities suffer the most though there is some cause for hope. 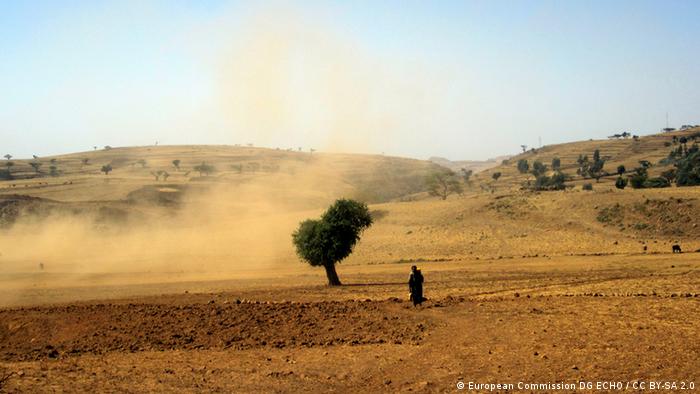 To establish the scale of land degradation, experts have been conducting research from space. A team of scientists from Bonn's Center for Development Research and other partner institutions has been shifting through huge quantities of satellite images.

They also carried out studies in 12 world regions and countries, including India, Argentina, Central Asia and parts of Africa. "The results are pretty dramatic. Worldwide 33 percent of grasslands and 25 percent of croplands have experienced degradation," said Joachim von Braun, the center's director. 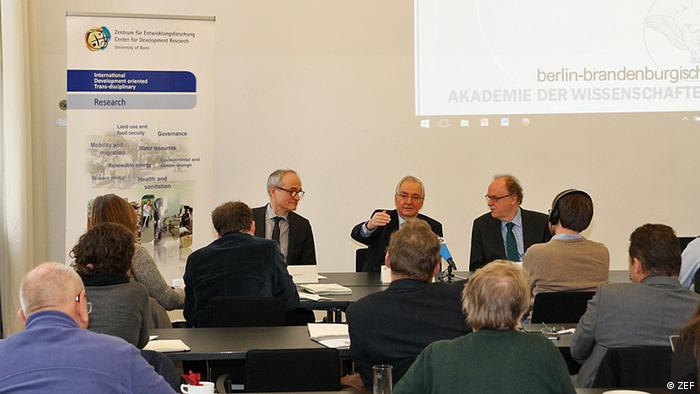 The Center for Development Research presents its findings on land degradation in Berlin.

Land degradation spells a loss of resources and a loss of income. It is the poor who are left struggling with this shortfall.

Joachim von Braun said the global costs of land degradation amount to 300 billion euros ($337 billion) per year. That's 40 to 50 euros per person per year across the globe. "The rural population in low-income countries loses between 10 to 20 percent of their income through land degradation," said von Braun. Farmers in developing countries are particularly badly affected.

In Africa, about 28 percent of the land is being degraded and this costs the continent an estimated 56 billion euros annually. Natural causes are only part of the explanation. "Other countries [on other continents] have been busy looking for strategies to improve land management and prevent land degradation, Africa lagged behind", says Oliver Kirui, a researcher with the Center for Development Research.

The problem is largely man-made. Farmers fell trees to convert grassland and forests into croplands. Animals graze on small patches of land for long periods, damaging the soil. The impact is dramatic. Malawi lost about 216 million euros between 2001 and 2009 because of land degradation. Kenya has lost more, about 1.1 billion euros, Tanzania about 2.3 billion. 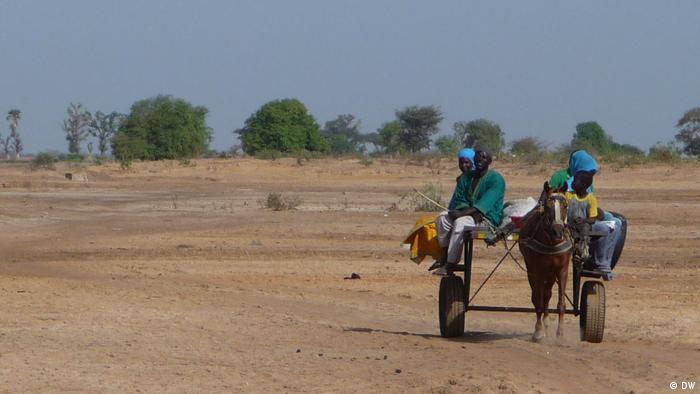 Farming activities and overuse of the soil are major cause of land degradation.

One of the poorest countries in the world has succeeded in reversing the spread of land degradation. Niger lost 6 million hectares (15 million acres) to land degradation between 2001 and 2009. The government introduced new land management policies and communities were trained to take better care of their fields. The large-scale restoration of land had begun.

"Communities came together to do what we term as 'land closure'. They preserve some particular environment and say 'We are not going to do anything on this farm', said Oliver Kirui. "When you go there now, you see a totally different environment in these areas."

Germany's Ministry for Economic Cooperation and Development funded the research project. "It does not make any sense to fight hunger through producing more food, if the basis for that production, the soil, gets lost at the same time," said Stefan Schmitz, coordinator of the ministry's initiative called "One World, no Hunger". 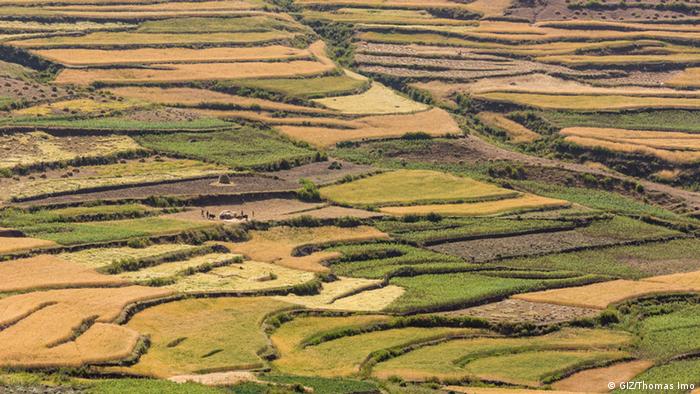 The ministry is investing in land management and land restoration projects in Ethopia, India and Kenya. Projects in Benin and Burkina Faso are in the pipeline. Other countries are expected to follow. "We have to fight hunger around the world, but we also have to ensure that the basis for fighting hunger is preserved," said Schmitz.

Other development experts agree with this choice of priorities. "If we talk about fighting the root causes of mass migration, then land degradation is an important factor. When people cannot grow their own food, they will think about moving elsewhere", said Klaus Töpfer, former head of the United Nations Environment Program (UNEP).

Töpfer said land degradation is receiving much more attention than it did in the past. He remembered calling a press briefing about land degradation a few years ago and only one journalist turned up. When the Center for Development Research presented its latest findings, the room was packed.

Senegal's soil is paying the price for years of peanut monoculture. Unsustainable farming practices have left large tracts of land barren. But some organizations are trying to turn the tide. (27.10.2015)