Al Qaeda militants in Yemen have stormed a jail and freed hundreds of prisoners including a prominent terrorist leader. In another side of the complex conflict, Saudi-led troops beat back Houthi rebels in Aden. 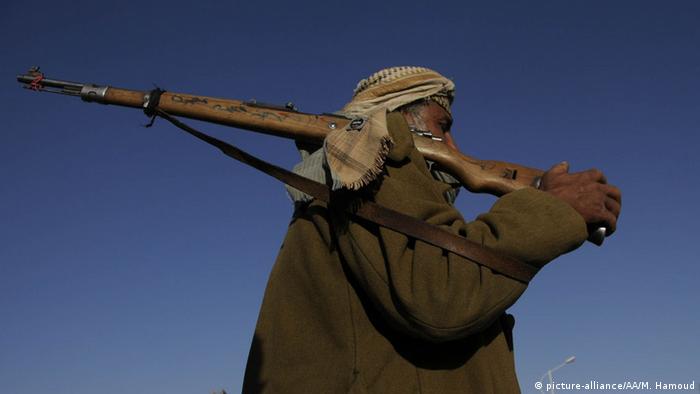 Al Qaeda militants attacked a prison in the southeastern Yemeni city of Mukalla on Thursday, taking advantage of the deepening chaos in the country to free around 300 inmates, including one of their top leaders. At least two guards and five inmates were killed in clashes, a security official said.

The freed jihadist leader, Khaled Batarfi, one of the top regional commanders of al Qaeda in the Arabian Peninsula (AQAP), is known for his leading role in a 2011-2012 battle with the Yemeni military during which extremists seized large parts of the south and east of the country.

Besides the prison, al Qaeda militants also clashed with government troops at a branch of the central bank in Mukalla, the police headquarters, the harbor and the local administration complex.

One security official suspected the spread-out nature of the attacks was aimed at "preventing the dispatch of any military reinforcements to the city."

Thursday's assault came amid an air campaign launched by a Saudi Arabia-led coalition targeting Yemen's Houthi rebels, a Shiite group allegedly back by Iran who forced the country's internationally recognized President Abed Rabbo Mansour Hadi to flee the capital, Sanaa, first to Aden, and then to Riyadh as fighting intensified.

There were conflicting reports from Yemen on Thursday. While some said the Houthi had been driven from the southern port city, other said rebel forces remained in some neighborhoods.

Reuters also reported on that dozens of troops had disembarked from boats in Aden. While the soldiers' nationality was unclear, the Saudi-led coalition has claimed to be in control of waters around Aden.

Saudi Arabia has vowed that the strikes will continue until Hadi is reinstated.

A panel commissioned by the UN has found that the number of would-be militants and their countries of origin have increased dramatically. The report calls Syria and Iraq "finishing school" for foreign extremists. (02.04.2015)

A bomb blast at a dairy in Yemen has killed at least 35 people. It was not immediately clear if an airstrike from the Saudi-led coalition or rebel forces caused the blast. (01.04.2015)