The southern Yemeni towns of Zinjibar and Jaar have been overrun by al Qaeda militants. Scattered local forces were easily overwhelmed without a stable state to support them. 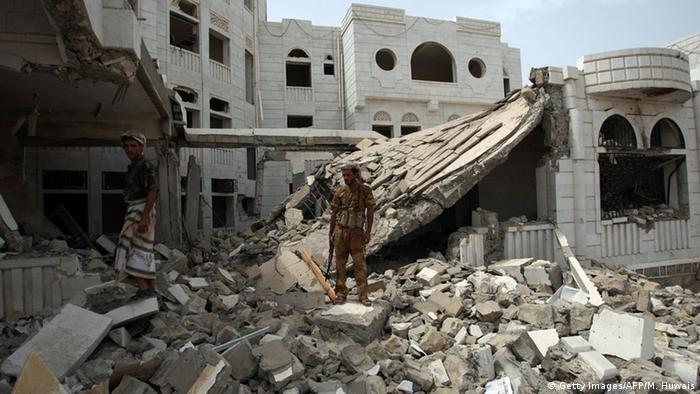 Exploiting an absence of stability in southern Yemen as state forces continue to battle a Houthi insurgency, al Qaeda took over two Yemeni towns early Wednesday. According to both residents and fighters, the extremist group took over Zinjibar (pictured above) and Jaar, which they had briefly occupied four years ago.

The militants launched a surprise strike and swiftly overwhelmed local forces before setting up their own checkpoints at the town entrances and proclaiming their takeover via loudspeaker following dawn prayers. Abdullatif al-Sayed, the head of Popular Committee fighters in Abyan province, of which Zinjibar is the capital, said he had tried to inform officials in the government of internationally recognized President Abed Rabbo Mansour Hadi, but to no avail.

The Popular Committee, a local armed resistance group, said seven of their fighters had been killed in the violence.

Capturing the towns highlights how well al Qaeda has been able to take advantage of weakened central authority in Yemen. The protracted conflict has seen President Hadi's forces retake the vital port city of Aden with the backing of a Saudi-led coalition, but the capital Sanaa remains firmly in the hands of Houthi rebels. The security of Aden has also been thrown into doubt recently as residents complain of Islamist gunmen roaming the streets.

"The entrance of al Qaeda this time happened in the absence of any state institutions, which al Qaeda exploited," Zinjibar resident Fadl Mohammed Mubarak was quoted by Reuters news agency as saying.

The jihadists briefly took control of the cities in 2011 when the Arab Spring saw waning support for, and the eventual ouster of, former President Ali Abdullah Saleh.

Medical charity Doctors Without Borders says airstrikes by a Saudi-led coalition have destroyed one of its hospitals in northern Yemen. It's the second attack on an MSF clinic in less than a month. (28.10.2015)