The Arab news network Al Jazeera will begin broadcasting in Sarajevo in January 2011. Supporters see the channel as an enrichment of the media landscape; critics are skeptical of the broadcaster's intentions. 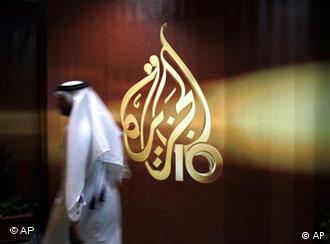 The Al Jazeera network is hiring in Bosnia-Herzegovina

The Qatar-based media giant Al Jazeera has purchased a broadacasting station in the Bosnian capital. The operation is slated to begin January 2011 in Sarajevo and later be extended to the entire region. News of the Arab broadcaster's Bosnian expansion has produced diverse reactions.

Kontic likens the arrival of the Arab media conglomerate to the atmosphere before the start of the Bosnian war, when it was announced that Sarajevo was to become regional headquarters for the European TV channel Euronews. 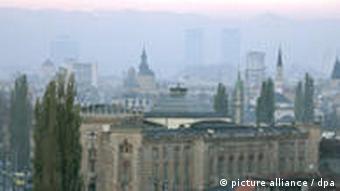 Roughly 400,000 people live in the city of Sarajevo

"People feel they are being monitored, if such a large international media company moves into the local market," Kontic said.

Al Jazeera's decision is especially interesting because Bosnia-Herzegovina does not have a strong media market, says the General Secretary of the Bosnian-Herzegovinian journalists association, Borka Rudic.

"Money is not the reason behind the network's decision to settle here," Rudic said.

If Al Jazeera broadcasts in the languages of the former Yugoslavia, it would be a serious competitor for the regional television stations, says, says Damir Simic, editor of the Information Program of the Bosnian public television.

"Al Jazeera is certainly financially well-padded and can buy good quality staff and programs, and so it will be the greatest competition for large broadcasters in this region," said Simic. 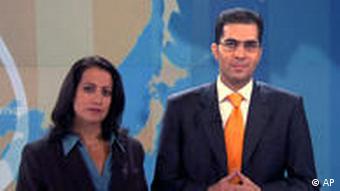 Boro Kontic thinks the network has the potential to become an objective and independent information channel in the Balkans.

"It could also help to overcome the petty interests that arose after the disintegration of the former Yugoslavia - be it in Croatia, Serbia, Bosnia or Montenegro," said Kontic.

Borka Rudic, on other hand, is convinced that no TV station is completely immune to the desire for political influence. She believes Al Jazeera will affect the public opinion in Bosnia. But she doesn't fear the strengthening influence of radical Islamic forces.

"I do not think that the arrival of Al Jazeera immediately increases the influence from the East, or that this was the motive for Al Jazeera to settle in Sarajevo," said Borka Rudic.

The Head of the Media Center in Sarajevo, Boro Kontic, says that Al Jazeera's first-hand reporting shouldn't be confused with endorsement.

"I know that Al Jazeera is often the first station to broadcast the communications of Al Qaeda. However, I have not the slightest information that connects this TV channel with extreme Islamist groups," said Kontic.

According to the local land-registry office, Al Jazeera plans invest approximately 11 million euros ($14 million) in its Balkan establishment by the end of the year. Job vacancies have already been posted in Bosnia, as well as in Serbia and Croatia.

Bosnia and Herzegovina on Sunday marks 15 years since 8,000 Muslim men and boys were systematically killed by Bosnian Serb forces in what became known as the Srebrenica massacre. But questions still surround the tragedy. (11.07.2010)

German Foreign Minister Guido Westerwelle stressed to Bosnian leaders that internal unity was the only way for them to forge closer ties with the EU. Despite its central government, the country remains deeply divided. (27.08.2010)

The European Commission has formally recommended to EU member countries and the European parliament that citizens of Albania and Bosnia-Herzegovina should be granted visa-free travel rights. (27.05.2010)

In the Balkans, conservative politicians and the church still hold sway over public opinion. As a result, role models are of enormous importance for the LGBTQ community.