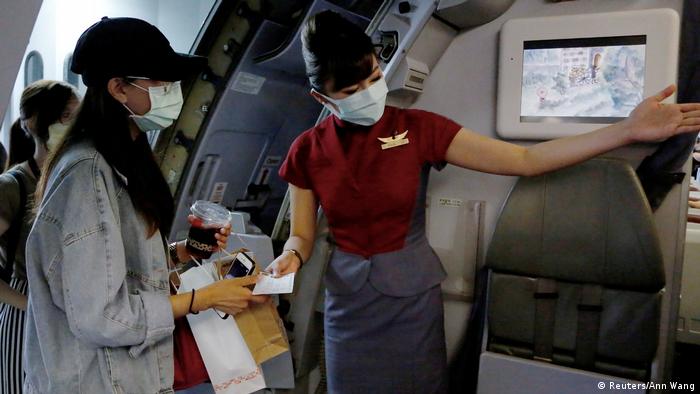 Even former frequent flyers, whether as business travelers or private globetrotters, have now been mostly grounded since March. The pandemic has rendered most of the global air traffic impossible for the time being. After almost half a year, many wannabe passengers feel clear withdrawal symptoms from not being able to take to the air anymore.

At the same time, many aviation suppliers such as in-flight catering face huge losses or even bankruptcy, as there are very few aircraft out and about. But where there is a will, there are new ways opening up all of a sudden to ease the travel desires at the same time as economic hardship.

Since March there has been no more international air traffic to Taiwan, but currently offers are booming to satisfy the longing for air travel despite the restrictions being in place. 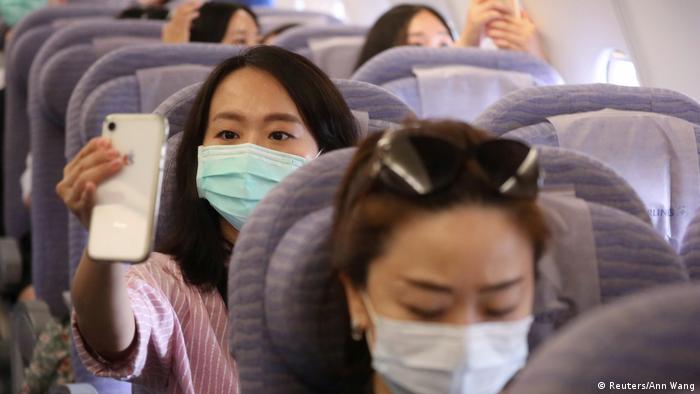 Taiwan has become a hot spot for "fake flights," after the country has sailed fairly successfully through the COVID-19 crisis

In July, there were already three booked out "fake flights" from the city airport of Taipei, the capital. A total of 7,000 people applied. In a raffle 60 "passengers" per "flight" were picked who were allowed to board an Airbus A330, remaining firmly parked at the gate.

"The participants went through security screening, identification inspection and other immigration clearance procedures, then they actually boarded the plane to experience the fun of boarding," airport staff member Ting Hsu explained to local media. The almost-flyers were enthusiastic.

Serving up for starving airlines

Meanwhile, real flights to nowhere satisfy the longing of many Taiwanese to take to the air again. EVA Airways put on a special flight in August, when Father's Day is celebrated in Taiwan. It was assigned flight number 5288, which is supposed to sound like "I love Dad" in Chinese.

All 309 seats in the Airbus A330 wide-body jet in special Hello Kitty livery were sold out within minutes. The flight took off from Taipei's Taoyuan International Airport, embarking on a circular sightseeing flight around the island and into Japanese airspace before returning to the start almost three hours after taking off. For fares of about €150-180 ($177-212) passengers were served the in-flight menu of Michelin three-star chef Motoke Nakamura.

On the same day, China Airlines also put on a rather unusual flight experience: 50 children with one parent initially trained in a mock-up cabin at the airport how to serve onboard and were given real miniature uniforms, before embarking on a two-hour sightseeing flight. Afterwards, a meal was served in the lounge.

"We want to revive that old feeling of traveling, we have been bored for too long," the father of a 6-year-old told a reporter.

For the starving airlines all ideas are welcome that help to generate some revenue with their otherwise parked aircraft. And the public is only too willing to take to the air again, at least in Taiwan, even without a destination.

Factories for in-flight catering have also come up with new business ventures, forced by the circumstances. One of them was invented by Swiss-based Gate Gourmet — the biggest airline catering company in the world — in their Australian branches, a country almost cut off from the outside world.

The initiative started in June to sell practical economy-class meals to private customers online. 10 servings of different breakfast dishes for about €12, or 10 lunches for €15. Only for pickup and frozen, for heating in the microwave at home, and from the whole spectrum of the economy menu: Beef curry with jasmine rice or chicken parmigiana with sweet potato fries, just all what was supposed to be eaten above the clouds but had to remain grounded.

There was a kind of run to buy the meals and Gate Gourmet is currently sold out. If the company considers introducing the offer at other branches outside Australia is still not decided, even when questioned there was no reply. 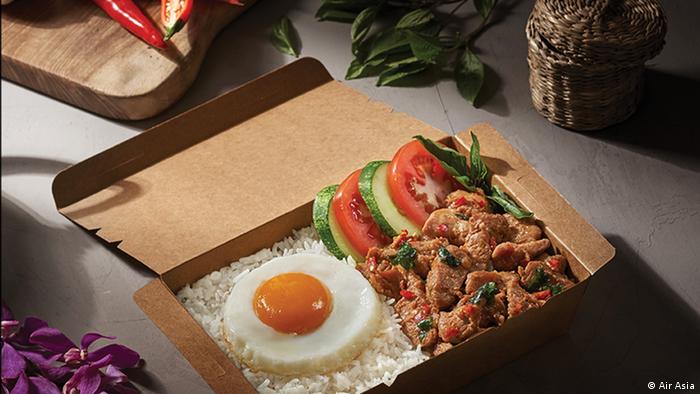 Similarly successful with a sale of in-flight meals born out of necessity, is a company called Tamam kitchen, which usually supplies meals to Israeli airline El Al in Tel Aviv, which is now completely grounded.

"We have to rethink and reinvent ourselves," says Nimrod Damajo, vice president of operations at Tamam. Currently the company yields about a hundred orders daily for meals like sweet potato ravioli with green beans and lentils, for not even €3 per serving.

GNS Foods in Texas also faced a problem. The company usually sells 6,000 tons of nuts a year to American and United Airlines. It was left with almost 43 tons of nut mix, packaged in 70,000 bags. An online sale to private takers also became the solution, minimum purchase two 500-gram bags.

Radically new ways to bring in-flight food to the ground on a permanent basis have been taken by Air Asia, the biggest low-cost airline in the Far East based in Malaysia. It opened a restaurant serving the best selling dishes from its in-flight menu in a shopping mall in Kuala Lumpur.

"We have seen a significant appetite for our in-flight menu offerings beyond our flights and this is our answer to that demand," says general manager Catherine Goh, planning to open other branches under the Santan brand internationally.

Her bestseller is Pak Nasser's Nasi Lemak, coconut rice with chili paste, peanuts, anchovies and a hard-boiled egg; almost three million portions a year are sold onboard. On the ground the dishes are served in a more appetizing way in cardboard boxes, and for less than €3 they are a steal.