With British Airways and Iberia set to merge, it seems no airline is content to be seen as just a regional player. Increasing cost pressures are forcing airlines to set their sights further afield. 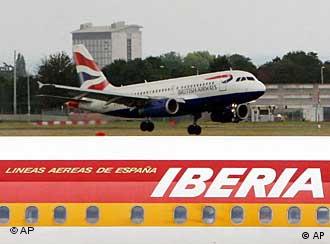 The mega-airline to come from the coming merger of British Airways (BA) and Iberia will be the third largest in Europe, increasing the profile - and profitability - of both companies, which both currently run at a loss. BA Chief Executive Willie Walsh has stressed that the deal will involve each airline keeping its individual identity and brand image while allowing for massive cost savings.

The deal is just another example of the industry-wide trends towards a more global outlook, and the quest for ways to cut costs at a time when money is still tight. And mergers are just one way to get it done.

The industry is beginning to recover from the impact of the global financial crisis, which saw passenger numbers plummet over the past year. When the crisis hit, airlines around the world reduced capacity in line with the sinking demand by using smaller aircraft and cutting the frequency of flights - temporary measures, it was thought, that could be reversed once business picked up.

But thus far, reductions in service haven't kept up with the drop in demand. According to the International Air Transport Association (IATA), the industry is unlikely to return to pre-crisis revenue levels until at least 2012, despite recent improvements in the wider economy.

Rising oil prices, concerns over swine flu and downward pressure on ticket prices driven by budget airlines have only increased airlines' woes. The IATA says airlines believe it is crucial to branch out into new markets.

But that doesn't have to mean acquisition. One inexpensive way to extend reach without major investment is to expand codesharing, and a number of German firms are doing just that. 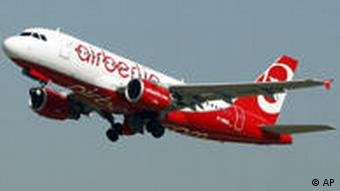 Germany's second biggest airline, Air Berlin, was long regarded as mainly a domestic and intra-European carrier. In recent years, however, it has been offering routes further afield, both through more direct flights to destinations in the United States and Asia and by entering into codesharing co-operations with Russian and Chinese airlines.

At the same time, Air Berlin is also increasing its frequency of direct flights to Bangkok and Phuket from Germany - and linking other European destinations to Thailand via feeder flights. That means in the future a passenger could book a flight from Basel right through to Chiang Mai using only Air Berlin's booking system.

Air Berlin spokeswoman Diane Daedelow told Deutsche Welle that the easy booking that codesharing deals allow (along with seamless connections without long waits for passengers) boosts her company's competitiveness. And it doesn't cost the company too much.

But Daedelow said the trend towards codesharing deals is a long-term strategy that has little to do with the financial crisis. She added that Air Berlin's choice of partners for codesharing deals is dependent on the feasibility of co-ordinating schedules as well as the popularity of the destination with European customers.

Code-sharing: expansion on the cheap

Sebastian Steinker of leading German aviation magazine Flug Revue told Deutsche Welle that the trend towards closer international co-operation was cost-motivated. Although it is a long-term industry strategy, Steinker says its implementation has been accelerated by recent economic conditions forcing airlines to reduce costs as quickly as possible.

"Many airlines stopped servicing unprofitable routes when the crisis was at its worst", said Steinker. "Now they're reclaiming coverage of these routes by using codeshare deals."

Codesharing allows airlines to increase the number of flights they are able to offer in computer booking systems without increasing costs by investing in more planes and crew or operating additional terminals at foreign airports. 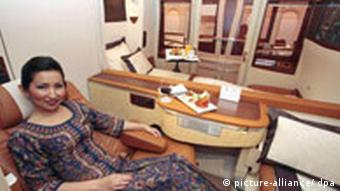 The practice increases convenience, but reduces transparency for customers. At times it's not apparent which airline is actually operating a flight, so passengers could find themselves sitting on a plane owned by an unfamiliar airline.

Steinker says another downside for passengers is that they might not always be treated to onboard service consistent with the airline they thought they were booking with - although many partnerships are making an effort to set common standards.

Even companies that are already global players are not resting on their laurels. Germany's biggest airline, Lufthansa AG, which has been on a buying spree lately (picking up Austrian Airlines and British Midland) - and is already a member of the world's largest codeshare network (Star Alliance), is expanding its coverage of North America by teaming up with JetBlue. 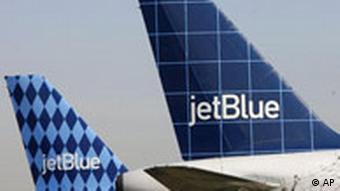 JetBlue is a major domestic player in the US market, and stands to gain from the codeshare deal by being able to offer its own customers new access to Europe, Africa , the Middle East and Asia through Lufthansa's vast reach.

Lufthansa is also a key player in Latin America. If the planned merger of British Airways and Iberia further increases the Spanish carrier's strengths in that region, it could have consequences for Lufthansa.

Two of Germany's three largest airlines are solidifying their partnership and consolidating resources. TUI has announced plans to buy a share in Air Berlin worth over 30 million euros. (08.10.2009)

Faced with a sharp drop in passenger numbers, Germany's flagship airline Lufthansa is to streamline its passenger route network and mothball more planes to save money. (25.06.2009)