Airbus to cut 15,000 jobs due to coronavirus setback

The aerospace giant is facing "the gravest crisis this industry has ever experienced," said Airbus' chief executive. The French government criticized the announcement, saying the figure was "excessive." 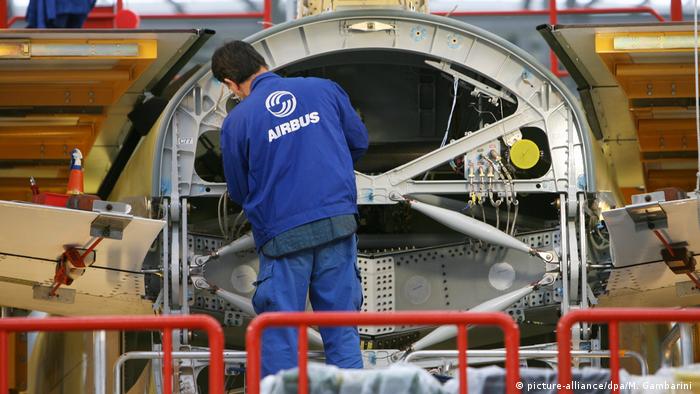 European aerospace giant Airbus said on Tuesday that it would cut around 15,000 jobs as a result of the novel coronavirus pandemic, representing more than 10% of its global workforce.

"With air traffic not expected to recover to pre-COVID levels before 2023 and potentially as late as 2025, Airbus now needs to take additional measures to reflect the post COVID-19 industry outlook," Airbus said in a statement.

"Airbus is facing the gravest crisis this industry has ever experienced," said Airbus chief executive Guillaume Faury. "We must ensure that we can sustain our enterprise and emerge from the crisis as a health, global aerospace leader."

Airlines have taken a devastating hit as governments across the globe enacted major travel restrictions, effectively grounding fleets to impede the cross-border spread of the deadly pathogen. As a result, Boeing said in April that it would cut its workforce by 10%.

However, Airbus' announcement was immediately criticized as "excessive."

"The aviation sector is facing a massive, brutal and lasting shock. It is highly likely that the recovery will be gradual," said France's economy minister. "However, the figure of job cuts announced by Airbus is excessive."

In the UK, the Unite labor union slammed the British government for failing to prop up the industry, saying Prime Minister Boris Johnson's government "must step up to the plate."

"This is yet another act of industrial vandalism and a terrible insult to our incredible UK workforce who deserve so much better from our government," said Steve Turner, assistant general secretary of the union.