The airplane maker Airbus is expected to shed thousands of jobs in its response to the coronavirus epidemic. Production is expected to be cut by some 40%. 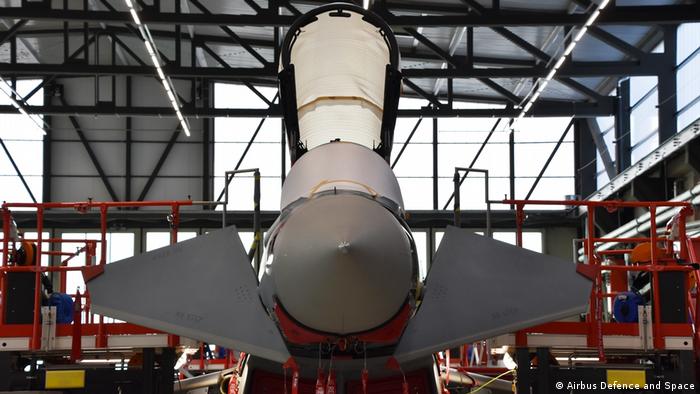 Aviation production giant Airbus is expected to cut thousands of jobs from the pay roll as it grapples with a slump in demand because of coronavirus.

Airbus Chief Executive Guillaume Faury told the German daily Die Welt that the precise scale of job cuts would be announced at the end of July. He said the company had to respond economic realities of a reduced aviation sector that had seen a huge decline in orders.

"We cannot disconnect ourselves from developments," said Faury, adding that the firm was working from the assumption of a fall in revenue of some 40%.

Up to 15,000 jobs are expected to be axed, in a company of some 90,000 workers. Faury said none of the firm's assembly lines would be closed completely, and that production of all models would continue "at a slower pace."

He added that each of the firm's plants was looking at ways to reduced costs without firing staff.

"We will leave no stone unturned," Faury said.

The company plans to build just 40 of its popular A320 jets — its top seller — each month.

Many newly finished aircraft are being parked, Faury said, because coronavirus-hit airlines were not taking them.

Airbus has reported its first loss in ten years after paying fines over corruption allegations. The company's entire management has stepped down over the charges. (13.02.2020)

Germany has voted to pay €77 million for the first prototypes of a "new generation fighter" for European armed forces. The country's defense minister has called it a concrete step towards European security. (12.02.2020)