Aid ship carrying activists from Germany heads to Gaza | World| Breaking news and perspectives from around the globe | DW | 27.09.2010

A ship carrying activists from Germany, Britain and Israel headed to Gaza Sunday. Meanwhile, a ban on West Bank construction has ended - the issue is a major sticking point in Mideast peace talks. 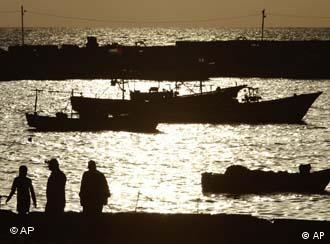 A ship carrying nine Jewish activists from Germany, Britain, Israel and the US set sail on Sunday to deliver aid to the Gaza Strip.

The British boat "Irene" departed Sunday from Famagusta in Cyprus in protest against Israel's blockade of the Palestinian territory.

The Israeli foreign ministry called the move a "provocation."

"It is a sacred duty for me, as a [Holocaust] survivor, to protest against the persecution, the oppression and the imprisonment of so many people in Gaza, including more than 800,000 children," Moskovitz said.

The trip - which was coordinated by the German Organization Jewish Voice for Just Peace in the Near East and the British group Jews for Justice for Palestinians - intends to bring school supplies, musical instruments and fishing nets into Gaza.

It comes after Israel's deadly raid of a Gaza-bound aid ship last May, resulting in the deaths of nine Turkish activists. Israeli Defence Minister Ehud Barak has repeatedly warned that Israel will intercept any ship nearing Gaza. 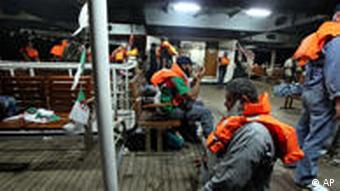 Israel's May interception of an aid ship proved deadly

The activists have vowed to conduct a peaceful sit down should Israeli military attempt to deter their entry to the Gaza Strip.

The launch of the aid ship on Sunday came on the last day of Israel's freeze on settlement building in the occupied territories on the West Bank.

Prime Minister Benjamin Netanyahu urged Israeli settlers in a statement to exercise restraint after the moratorium expires – in an apparent bid to keep alive peace talks with the Palestinians.

Palestinian president Mahmud Abbas had earlier vowed to abandon peace talks should the Jewish settlers recommence construction on occupied land, though he later said in an interview that he would remain in the talks with the agreement of the Arab League.

"Israel must choose between peace and the continuation of settlements," he told the United Nations in New York on Saturday, denouncing Israel's "mentality of expansion and domination" in the West Bank. 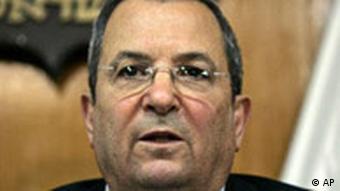 While Abbas's spokesman told reporters that there was no progress in a US-led push to extend the moratorium, Israeli Defence Minister Barak maintained until the last minute that an extension would be possible.

As the official moratorium came to an end, Israeli settlers were poised to begin construction on new developments in Palestinian territory.

Settlers and their supporters held a rally in the settlement of Revava to mark the end of the freeze. In another settlement the foundation stone for a new kindergarten was laid. 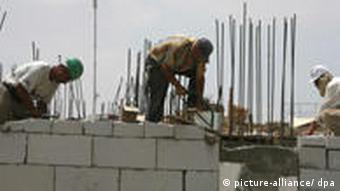 Settlement construction has been on hold for 10 months

But it was not expected that there would be a massive surge in construction activity.

"We are getting back to business as usual and building but we will respect the prime minister's request," said David Ha'ivri, head of the Samaria regional council.

Over 430,000 Jews live in more than 100 settlements across territory in the West Bank and East Jerusalem that Israel captured from Jordan in 1967.

German chancellor Angela Merkel has been awarded the Leo Baeck medal for her work in German-Jewish reconciliation. She accepted the honor at a ceremony in New York on Tuesday. (22.09.2010)

Iran and Syria have long been high-profile cases for the UN's atomic watchdog, the International Atomic Energy Agency. This week, the Arab world will urge the IAEA to put Israel's nuclear capability under the spotlight. (20.09.2010)

Israeli and Palestinian leaders have opened direct peace negotiations in Washington to the praise of numerous international leaders. Still, finding a solution to their decades-long conflict is an uphill battle. (02.09.2010)