Belgium has arrested nine people in raids connected to last week's attacks in Paris. The prime minister has requested constitutional changes, including extending "preventive detention" to 72 hours from 24 hours. 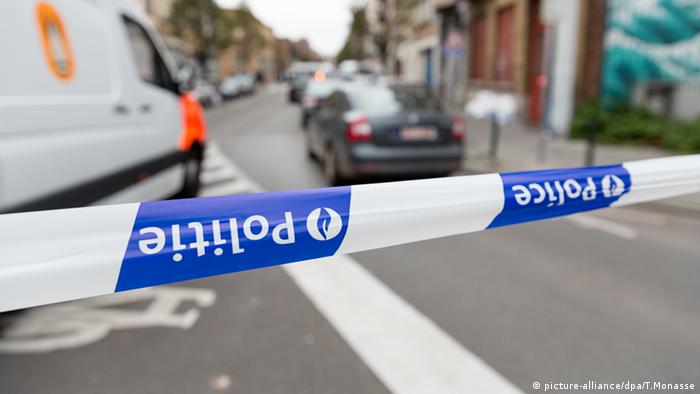 Police conducted raids in the largely minority Brussels district of Molenbeek Thursday. The neighborhood was home to Abdelhamid Abaaoud, the suspected ringleader of last week's attacks in Paris, and the brothers Brahim and Salah Abdeslam, also implicated in the assault that left 129 people dead and hundreds more wounded. Police also conducted raids in the upscale Brussels suburbs of Uccle and Laeken.

Officers detained seven people "for further investigation" during six raids linked to Bilal Hadfi, who set off bombs outside France's national stadium, the federal prosecutor's office announced in a statement. However, a law enforcement source told news agencies that the arrests stemmed from previous investigations rather than Friday's attacks.

Police linked the other two arrests to the attacks in Paris, but did not initially provide details. Prosecutors said they would give more information on the length of the suspects' detention on Friday.

Belgium has faced increasing criticism for having failed to stop the attackers. Police had launched a major operation targeting Salah Abdeslam in Molenbeek on Monday, but failed to find him. They did charge two people with terrorist murder and belonging to a terror group in relation to the attacks.

Prime Minister Charles Michel has pledged to introduce laws to jail people suspected of having engaged in combat or training in Syria, ban hate preachers and close down unregistered places of worship in response to last week's attacks. Michel also advocated the introduction of a system for people considered a terrorist threat that would "impose the wearing of an electronic bracelet."

"The risk before us is the collapse of the entire European project if we don't take our responsibilities," Michel told lawmakers on Thursday. "All democratic forces have to work together to strengthen our security."

Such measures would follow a proposed EU-wide clampdown at borders and a French plan to extend heightened police powers for three months.

COVID pandemic is 'a long way' from over, WHO says 2h ago