After layoffs, Deutsche Bahn scrambles to recruit | Germany | News and in-depth reporting from Berlin and beyond | DW | 03.01.2014 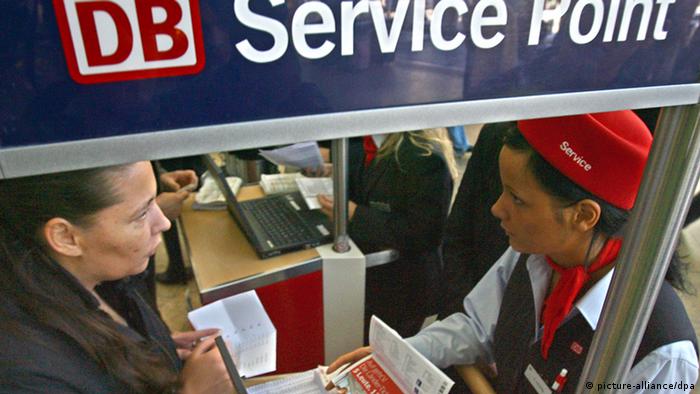 In August 2013, the Mainz central train station came to a virtual standstill every evening as dispatchers were either on vacation or sick. A signal box crucial to the smooth operation of train traffic was unmanned, which meant not all trains could be accommodated at the stop. The Mainz debacle is just one example of German rail operator, Deutsche Bahn's, severely understaffed operation.

For years the rail operator, which employs about 300,000 people worldwide, saved costs by cutting jobs. Now a change of course appears to be at the next crossing: Deutsche Bahn plans to hire up to 10,000 people each year through 2020.

Ulrich Weber has been chief human resources officer of Deutsche Bahn since 2009, and his contract was recently extended until 2017 by the supervisory board. Although the decision to cut jobs came before his time, he doesn't want to criticize his predecessors.

"Despite all the difficulties that we have experienced with weather, train availability and other external factors, the company is in stable condition, which is also to its credit," Weber said of his predecessors' work. In 2013, the company saw disappointing financial returns but slightly higher passenger numbers.

Downsizing due to reforms 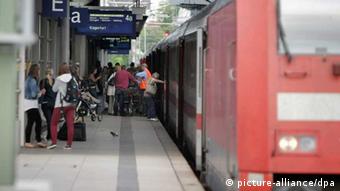 Most of the jobs - about half - disappeared in the 1990s. After German reunification, Deutsche Bundesbahn in the West merged into one company with the Reichsbahn in former East Germany. The conversion was completed in 1994. "In Germany we were 400,000 employees, but today we're down to 200,000," said Weber. "That's about the number we'll expect to have in the future - with a slight increase."

In 2006, before the Deutsche Bahn was set to go public, more positions disappeared when then-CEO Hartmut Mehdorn trimmed jobs for profit. But nothing came of the planned privatization: in 2011 the IPO was scrapped with the financial crises cited as one of the reasons.

The Railway and Transport Union criticized the massive cuts. "Now it has been understood that it takes a sufficient number of qualified staff members to ensure customers are satisfied, which means the company does well," said Alexander Kirchner, chairman of the trade union.

Meanwhile, Deutsche Bahn has once again started to recruit new workers. In 2013, 9,750 new employees were hired. One of the biggest challenges, however, is that 7,000 employees are set to retire each year. The employees' average age is 46 years, and about 44 percent of the Bahn's employees in Germany are over 50.

"In our opinion, this has been a major oversight that thousands of people are going to retire in the next few years," said Kirchner. "The 'old hands' have to have the chance to pass on their knowledge and experience to their younger counterparts. Unfortunately, there has been too little attention given to this."

This year there will also be 2,000 new positions created in addition to those freeing up due to age-related departures. Last year the Deutsche Bahn accepted 4,000 new trainees.

In April 2013 the Bahn signed a collective demographic agreement with the union, which applies to 150,000 of its employees. The contract provides for the mandatory employment of trainees who successfully complete the apprenticeship program. Those trainees will be awarded permanent work contracts.

The contract also provides for flexible working hours, extended employment protection, work schedules that accommodate the employees' needs, and a reduction hours for older employees working in shifts. After one year employees on fixed-term contracts are supposed receive the same pay as regular Deutsche Bahn employees. 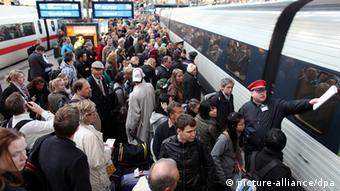 At the same time experienced hands plan on retirement, the company needs to equip new employees with the expertise to fill all the empty positions. Currently, Deutsche Bahn offers 50 apprenticeships and 20 dual degree programs that combine academic degrees with hands-on training. Social media, such as Facebook and Twitter, are crucial to finding candidates, said Uwe Baierl, head of the Deutsche Bahn social media team.

"Social media is simply a great opportunity to communicate directly with people," Baierl said. "We're looking for a variety of target audiences. Not only students, not only apprentices, not only experienced employees - and thanks to the sheer scope and diversity of social media channels, we have the chance to reach the right people."

Filling the gap in staff shortages, recruiting prospective employees, qualifying and retaining workers: It's a tall order to fill, but if the Mainz fiasco is to become an isolated incident, Deutsche Bahn has its hands full in the coming years.

German industry to start 2014 on a high

This time last year, German business leaders were quite pessimistic about the future. Now, though, there are signs that industry heads are going into the new year with confidence. (01.01.2014)

Germany's national railway is testing the use of mini-drones to curb damage to its trains from graffiti. Experts call the move pointless and excessive, saying that varnish for trains could solve the problem instead. (03.06.2013)

The economic crisis has doubled the unemployment rate among Europe's youth. The EU is urgently looking for solutions, but it's the member states that will have to act. (28.05.2013)