Germany has expelled the US’ top foreign intelligence chief from Berlin, but Washington has said little on the matter. Spying allegations threaten to fray ties between the allies, a possibility neither wants. 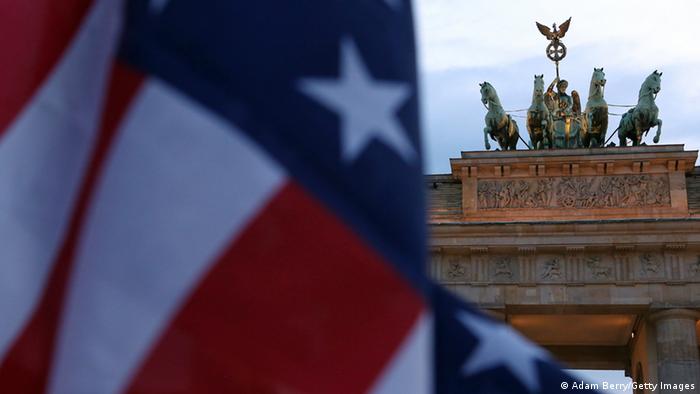 The White House declined to issue a statement regarding the expulsion of a high-ranking CIA official from Berlin on Thursday. Instead, spokesperson Josh Earnest reassured reporters that the Obama administration was working to resolve the diplomatic row.

"I don't want you to come away from this exchange thinking we take this matter lightly," Earnest said on Thursday.

However, he could not comment on the current spying allegations against the US as that "would put at risk US assets, US personnel and United States national security."

The expulsion came in response to growing anger over alleged US spying. Last Friday, an employee of Germany's foreign intelligence agency, the BND, was arrested. He later admitted to selling the CIA over 200 documents for $25,000 (18,373 euros).

A second case emerged on Wednesday, when the German Federal Prosecutor's Office launched an investigation of a civilian working for the German Defense Ministry. Police searched the man's Berlin apartment and office, but were not given a warrant for his arrest.

Lawmakers in Congress, on the other hand, expressed concern over the strain on US-German diplomatic relations.

The top Democrat and Republican senators on the Senate Select Committee on Intelligence commented on the situation on Thursday.

Democrat Dianne Feinstein said she was "deeply concerned," while her Republic counterpart, Saxby Chambliss, said he couldn't remember a CIA station chief ever being expelled from a foreign host country.

Neither senator could provide further details on the case.

The two separate spying allegations have raised the ire of the German government and lawmakers since last week. What has troubled in particular is what appears to be a breach of trust over information that isn't particularly significant.

"If the situation remains what we know now, the information reaped by this suspected espionage is laughable," German Interior Minister Thomas de Maiziere said in a statement.

"However, the political damage is already disproportionate and serious."

The interior minister's statement echoed the disbelief expressed by Defense Minister Ursula von der Leyen over the matter, who questioned the logic behind the alleged theft of largely irrelevant information. German Finance Minister Wolfgang Schäuble, for his part, has characterized the US' behavior as "a waste of energy" and "stupidity."