More than a million African soldiers served in colonial armies in World War II. Many veterans experienced prejudice during the war and little gratitude or compensation for their services afterwards. 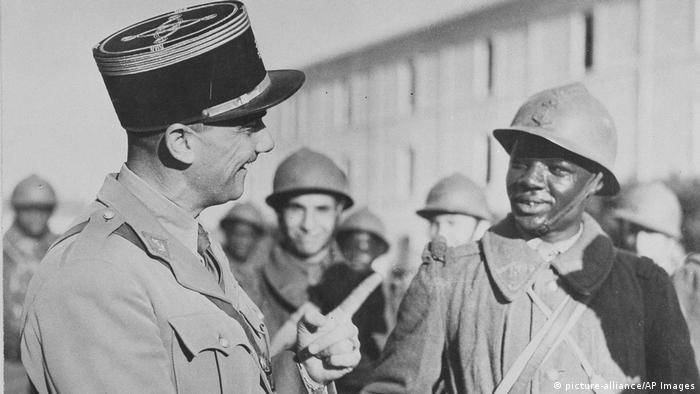 This Senegalese soldier served with the French army in 1942

May 8, 1945, marks the 75th anniversary of the surrender of the German armed forces and the end of the Second World War in Europe.

Japan, a German ally, continued fighting and only conceded defeat in August 1945 when the Americans dropped atomic bombs on the cities of Hiroshima and Nagasaki.

More than a million Africans served as combatants as well as war workers and carriers in World War II for the colonial powers - more than half enlisted by Britain with the rest serving France and Belgium.

Some served in Africa or Europe; others fought on battlegrounds in the Middle East or as far afield as India, Myanmar and the Pacific Islands. Many were wounded or killed.

Their services have been rarely acknowledged by the governments of the former colonizers.

Some progress has been made - at least symbolically. On the occasion of the 75th anniversary of the Allied landing in Provence in southern France, President Emmanuel Macron expressed gratitude for the contribution of African soldiers in defeating the German forces occupying France.

"Thousands of people sacrificed themselves to defend a distant land, an unknown land, a land they had until then never trod, a land they have forever marked with their blood," Macron said in a speech.

"France has a part of Africa in her, and on this Provence soil, this part was that of shed blood." 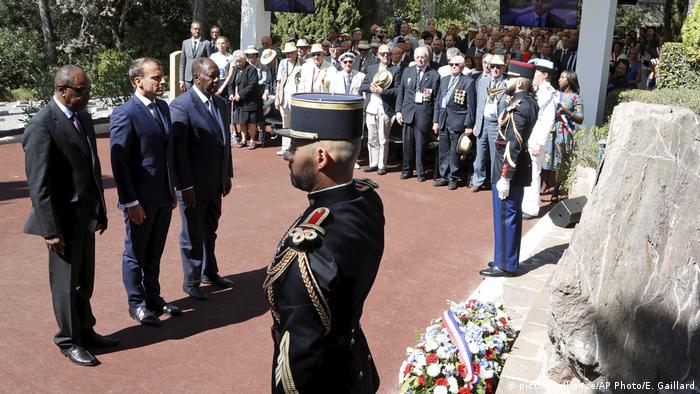 European newscasts of the time referred to the African soldiers as volunteers. But a considerable share of those recruited were forced into the colonial armed forces.

In an interview with DW in 2015, Albert Kunyuku, who served as Congolese corporal in the Belgian colonial army, explained how he and others were forced to enlist.

"I was working in a textile company when they came to take us away. Then they went to other companies. All the young workers were recruited. No one was younger than 30," said Kunyukua, who is now 97 and one to two surviving Congolese World War II veterans.

Baby Sy, a veteran from Burkina Faso (then the French colony of Upper Volta), said at the time; he didn't understand what the war was really about.

"People didn't understand when they heard talk of fascism," he said in an interview with DW in 2015.

"We were just told that the Germans had attacked us and considered us Africans to be apes. As soldiers, we could prove that we were human beings. That was it. That was all the political explanation there was at the time."

Not always equal in war

In a recent interview with AFP, Congolese veteran Kunyuka remembered racial segregation the Congolese suffered even as they fought together with Belgians.

"We were like slaves because it was Belgium that brought us into this war. We could not say anything," Kunyuka was quoted as saying.

In 2019, an investigation by Al Jazeera discovered that African soldiers who served in the British army were paid a fraction of what their white colleagues were. The investigation called their treatment "akin to slavery". 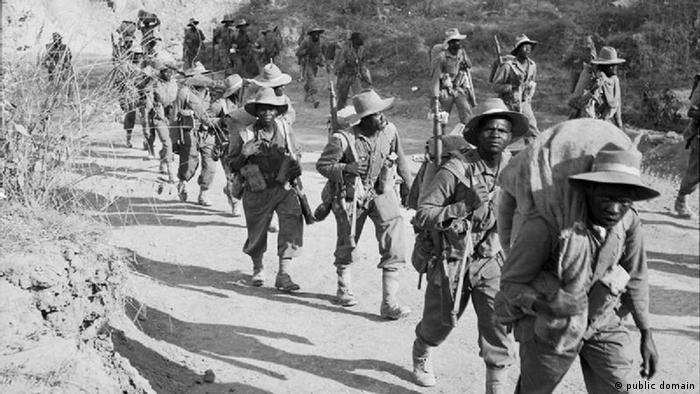 This close contact with European soldiers and with the reality of life in Europe changed the awareness of many of those Africans serving. It later sparked them to be politically active when they returned home.

Senegalese writer and filmmaker Ousmane Sembene, himself a former colonial soldier, put it like this in a 2015 interview with DW: "In war, we saw the white men naked and we have not forgotten that picture."

During the war, the African soldiers saw Europeans lying in mud and filth and suffering and dying.

"As a result, they realized that there are no differences between people," he said. This. in turn, led to many former soldiers joining independence movements in their home countries. 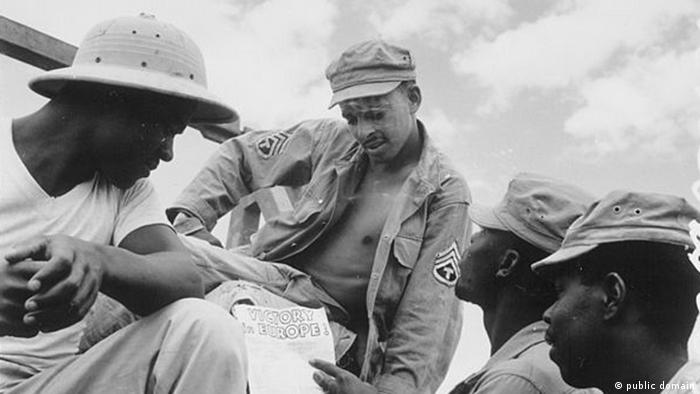 Not all veterans, however, were accepted by the continent's burgeoning independence movements, says historian Raffael Scheck of Colby College in the USA. Many liberation fighters criticized that the African veterans for serving alongside the colonial oppressors.

The vast majority of veterans have died in the meantime.

Those who are still alive often feel a certain bitterness: although they have fought for the victory over fascism, they would hardly have received any recognition for it.

"I only get 5,000 Congolese francs (around five euros) per month in war pension. This is unworthy of someone who has fought for the interests of Belgium," complained veteran Albert Kunyuku.

Lack of recognition even today

The lack of gratitude and recognition in European countries - and especially in Germany, is something that needs to change.

"If there is to be a serious attempt to deal with the past, then one must treat the descendants of our liberators in a different manner than is the case under present refugee policy," Rössel says. "Compensation for the consequences of the war should be paid around the globe. But almost nowhere has postwar reconstruction taken place." 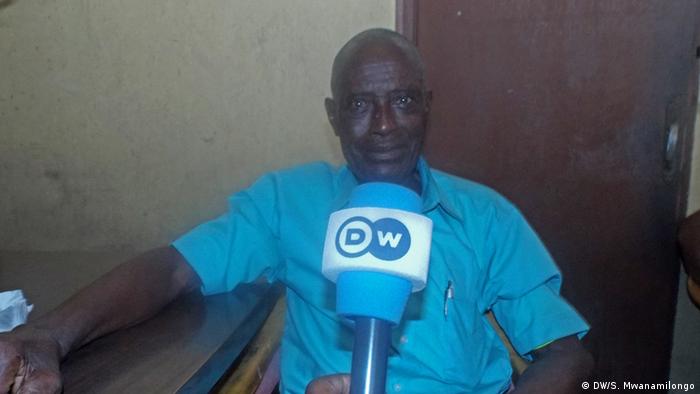 Albert Kunyuku speaks to DW in 2015

Congolese veteran Albert Kunyuku returned home in 1946 after fighting in Myanmar (then Burma) side by side with Belgian troops against the Japanese.

When asked if he was proud of his military service, he paused. With tears flowing down his cheeks, he replies: "No".

His grief for his fallen comrades is deep. Only a few of the 25,000 African soldiers who left with him for the front in Southeast Asia came back.

This article was originally published on May 21, 2015 and has been updated to include recent events.​​​​​​ Saleh Mwanamilongo in Kinshasa contributed to the report.

Africa and World War I

A million people died in East Africa alone during World War I. Many Africans also fought in Europe, defending the interests of their colonial masters. Today, their sacrifice has been largely forgotten. (16.04.2014)