German elections were watched by many curious observers all over the world. In Cameroon, Germans and locals gathered at the residence of the German ambassador, Klaus Ludwig Keferstein, to follow the elections. 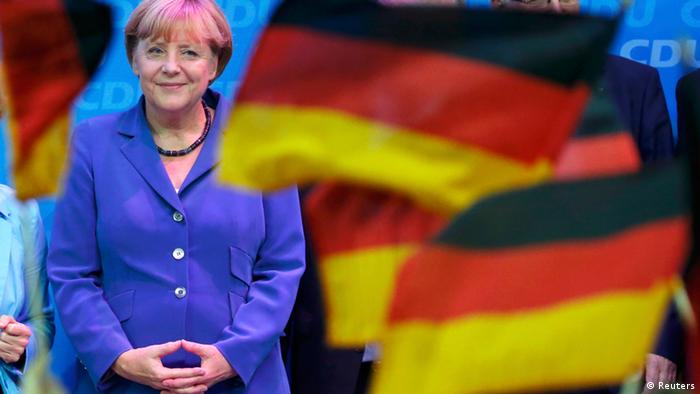 At the ambassador's residence in Yaounde, curious Germans and friends of Germany remained glued at television sets to follow the elections with a mixture of anxiety and enthusiasm.

For the guests who did not understand German, there was an opportunity to have minute by minute updates through other local channels that relayed the elections in English which is one of the official languages in Cameroon.

Most of them said they were expecting Germany, that showed resilience during the eurozone crisis and remained a strong economy, to do more to help developing countries by negotiating win-win business deals. 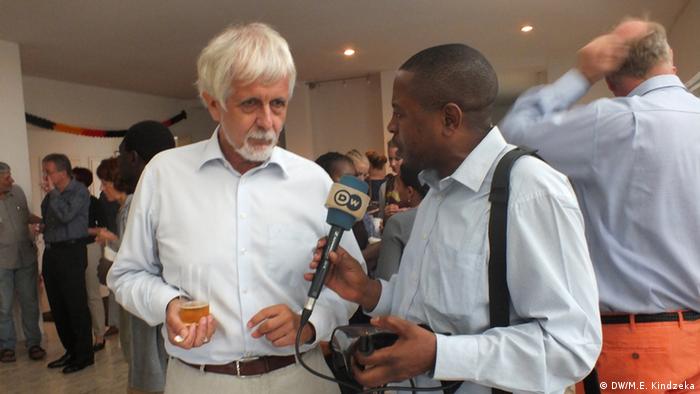 No major changes for Africa?

When it was announced that Chancellor Angela Merkel had emerged the winner of the election, Germany's ambassador to Cameroon, Klaus Ludwig Keferstein, told DW that his country's foreign policy, in particular towards Africa, might not witness major changes.

"We have a large continuity in terms of external policy... we would work together for peace and stability world wide and this includes Africa.” 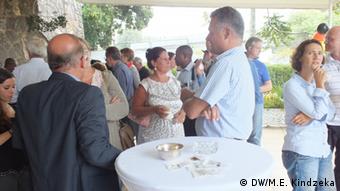 For their part, Germans living in Cameroon said the eurozone crisis is their biggest concern. They are expecting Chancellor Merkel's leadership to introduce some policies that will be able to remove Europe from a deep financial crunch.

Uwe Jung from the Goethe institute in Yaounde told DW that excessive austerity measures imposed in European countries in financial crisis in return for aid, may have been successful, but Germany has its own domestic issues to settle first.

"Germany has big problems and I think much of them are not visible but will become visible in the future and I think the best way is to prevent these problems. Matters may change very soon and very quickly.”

The US ambassador, Robert P. Jackson, who was among the crowd at the embassy in Yaounde, is hopeful that the new vision of Germany's diplomacy in Africa will be based on fruitful economic deals and foreign aid provision.

“Given the important role Germany plays in Europe's economy, given the close cooperation between the United States and Germany in Cameroon, I expect that the
German policy of being very engaged in the business front and providing foreign assistance will continue.” 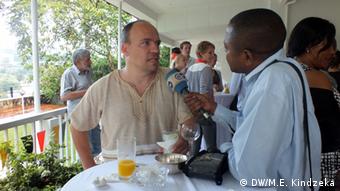 Njumba Michel Grace, a 19 year-old student, lives in Yaounde. Her dream is to study medicine in Germany. But she is afraid that she could be denied a student's visa.

“Cameroonian students should be able to go and study in Germany, " she told DW.

Another student Ngomba Patricia said "I think that they [Germans] should also be helping us to create schools here for disadvantaged people.”

Many aspiring students have been denied a visa to study in Germany because they don't meet all the necessary requirements such as knowledge of the German language to the required level of at least B1 under the Common European Framework of Reference for Languages (CEFR).

What do German firms and NGOs in Africa want from the new government?

Germans go to the polls on Sunday. German NGOs and businesses in Africa will be addressing the new government with very specific demands: greater respect for African officials and more support for German firms. (19.09.2013)

If German Chancellor Angela Merkel were standing for election in Africa in September, she would have a good chance of winning. But it's not all praise for Merkel and the German government. (30.08.2013)

Germany's development minister Dirk Niebel has promised continuing support for Rwanda and Uganda, despite concerns about corruption and human rights. Berlin will promote selected projects and help with auditing. (04.06.2013)