Uganda could become a key producer of cannabis for international markets

Benjamin Cadet stands among his plants in a white polo shirt bearing his company logo. He dons surgeon's gloves and handles the flowers carefully. They are full of pollen — ripe for the picking. Cadet smiles satisfactorily.

The Ugandan entrepreneur and former member of parliament is the CEO of the only company licensed to grow and export cannabis legally in the East African country.

The cannabis plantation, located in Uganda's mighty Rwenzori Mountains, extends over three hectares in the country's west, almost directly on the Equator.

More than 40,000 cannabis plants thrive in greenhouses under strict hygienic conditions. They are destined for export to Europe.

"When we developed the idea in 2011, we tried different strains. The first strain came from the Netherlands," Cadet told DW. "But we lacked the finances and contacts in the world market. So that was when we started contacting potential partners." 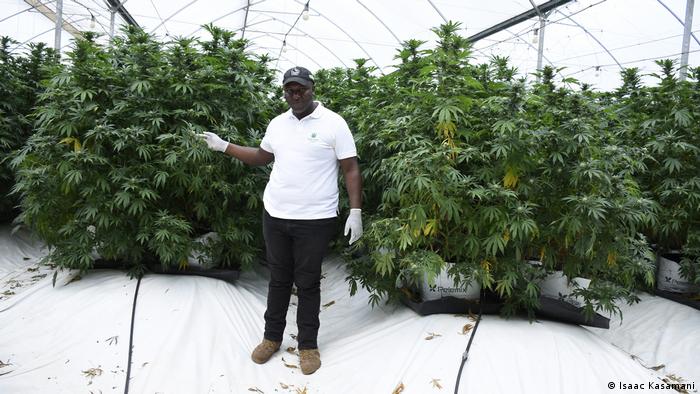 Benjamin Cadet stands in the greenhouse in front of his cannabis plants, which have the green light for legal export

Since the beginning of January, airtight 10-gram packets of Ugandan cannabis, conforming with the German pharmacopoeia — the official guidelines regarding quality assurance — have been on sale in German pharmacies.

While company founder Nir Sosinsky was building his first greenhouses in southern Israel, he wanted to expand and open up new cannabis farms worldwide.

He learned of the only cultivation license in Uganda through business contacts and subsequently invited Cadet to Israel.

They then traveled together in Uganda and found the perfect growing conditions for cannabis near the town of Kasese at the foot of the Rwenzori Mountains.

"It's like God's garden — in the middle of a green area, surrounded by the mountains around Kasese," Sosinsky said, explaining that the location on the equator was crucial for cannabis cultivation. "Cannabis is a photoperiod plant, which means to flower, it needs 12 hours of sunshine and exactly 12 hours of darkness," he told DW.

Sosinsky has since invested over €5 million ($5.6 million) in Uganda. First, he set up a power supply and hired more than 100 workers from the surrounding communities. At the same time, he started looking for new customers, especially in Europe. But the European import regulations proved to be an enormous hurdle. 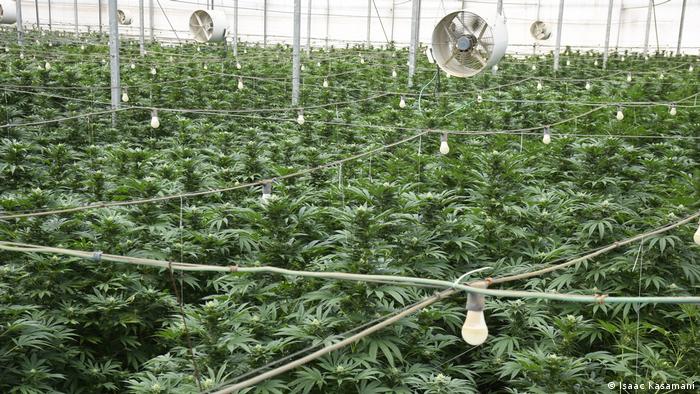 That's where Patrick Hoffmann stepped in to help. In 2015, the 43-year-old political scientist became one of the first people to legally import cannabis for medicinal purposes into Germany.

At the time, there were just a few dozen German patients who were allowed to receive a prescription. Cannabis from the Netherlandsmet this small demand.

In 2016, however, Germany's Federal Administrative Court ruled that patients had a right to access cannabis. As a result, the number of medical practises issuing these prescriptions has increased tenfold in the past three years. But this has also raised the issue of supply bottlenecks.

Where does it all come from?

In its coalition agreement, the new German government announced that it would allow "controlled dispensing of cannabis to adults for consumption purposes in licensed stores."

For Hoffmann, it is clear that the current supply network soon won't be enough. But he has an idea: Worldwide, there are more than 25,000 cannabis cultivation licenses, but only about 20 licenses for importation into the German market. One of them was held by the medical cannabis company Cantourage, which Hoffmann co-founded in 2019. 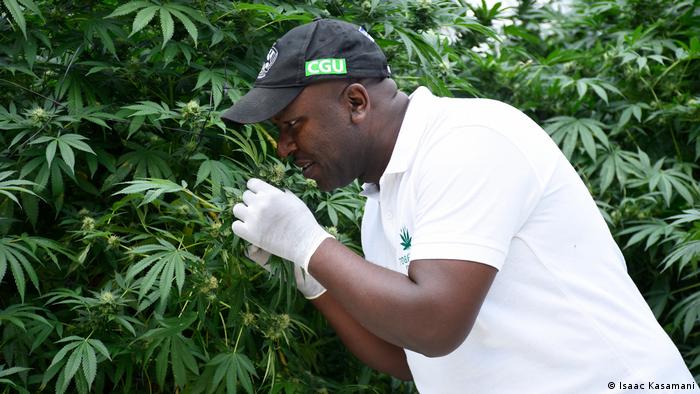 Cadet's cannabis could soon become a legal product in Germany

"Why not make an offer to these 25,000 cultivation companies that they supply us with the raw material and we turn it into the certified drug in Germany?" he said. Such a move would save foreign companies the time-consuming process of obtaining an import license into Germany.

Cantourage now sources cannabis from 19 partners in 14 countries, including traditional production countries such as Canada and Israel, and primarily from Africa: South Africa, Lesotho, Zimbabwe, and Uganda.

For Hoffmann, one thing is certain: There will be a strong demand for medicinal cannabis and even stimulants in the coming years, both in Germany and in the European Union. That's where Africa plays a crucial role.

"Africa has a responsibility to play a leading role in the cultivation and processing of cannabis," said Hoffmann. "If we also want to protect the environment at the same time, we can't cultivate these large quantities indoors," he explained. Instead, these need to be cultivated under favorable conditions, and "the best place to do it is near the equator."