Africa Cup of Nations 2019: Mo Salah on target as Egypt join Nigeria in next round

Egyptian talisman Mo Salah scored his first goal of the tournament as the hosts beat DR Congo to qualify from Group A. Earlier, German coach Gernot Rohr's Nigeria also made it to the last-16 after beating Guinea. 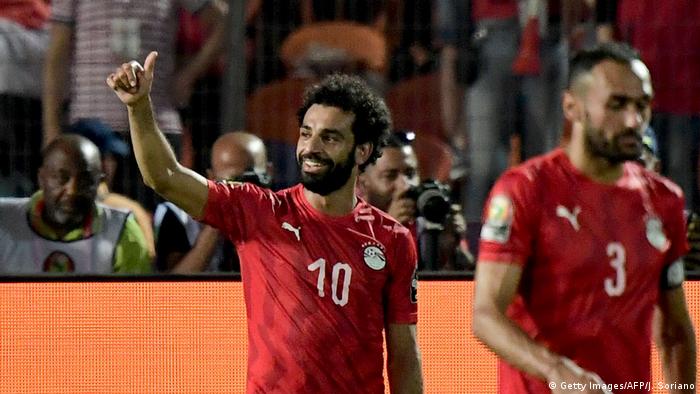 Egypt and Mo Salah advanced to the last-16 of the Africa Cup of Nations after a 2-0 win over DR Congo made it two wins from two for the hosts.

Underdogs Congo were the brighter team for long periods in the first half and the Leopards even hit the woodwork twice, first when Wolfsburg defender Marcel Tisserand stabbed onto the bar from close range and then when Jonathan Bolingi's header looped onto the frame of the goal.

At the other end however, Egypt were more clinical. When a corner kick fell to Ahmed Elmohamady in a crowded penalty area, the Aston Villa defender skillfully flicked the ball from his left foot to his right before poking it home to give the Pharos the lead.

And when the influential Trezeguet  drove through midfield to set up Salah, the Liverpool man made up for an earlier miss as he wrong-footed both his marker and the goalkeeper to fire home his first goal of the tournament, much to the delight of the 60,000 fans packed into the Cairo International Stadium.

Congo continued to pile on the pressure in the second half but failed to convert their dominant spells into goals, although Bolingi did force Ahmed El Shenawy into an impressive reflex save while Yannick Bolasie curled a free-kick just inches wide.

At the other end, Trezeguet found the side-netting for Egypt but the score remained 2-0. Nigeria became the first team to qualify for the knock-out stages following a 1-0 win over Guinea in Group B.

Former Chelsea defender Kenneth Omeruo (above) scored the only goal of the game, breaking the deadlock for the Super Eagles with 17 minutes remaining as German coach Gernot Rohr's team maintained their 100 percent record.

Guinea, with Borussia Mönchengladbach's Ibrahima Traore and former RB Leipzig star Naby Keita, are third in the group behind Madagascar and are far from certain to qualify ahead of matchday three.

Keita, making his first start for either his country or his current club Liverpool since 1 May, was far from match-fit and was substituted just before Nigeria took the lead.

With the tournament having been expanded to 24 teams, the top two from each of the six groups will also be joined by the four best third-placed teams in the last-16.

With qualification secured, three-time tournament winners Nigeria are now hoping for a resolution to a row over bonuses before the next round. None of the players had received their $10,000 bonus payments or their allowances ahead of the game against Guinea but, according to the BBC, the players expect to be paid on Friday. 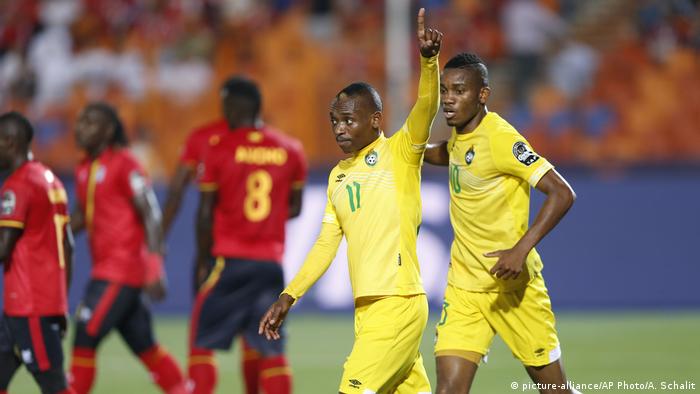 Khama Billiat rescued a point for Zimbabwe against Uganda

Uganda played out an entertaining draw with Zimbabwe in Cairo to temporarily go top of Group A— ahead of group favorites Egypt's later game against DR Congo.

Zimbabwe's Khama Billiat canceled out Emmanuel Okwi's early opener for Uganda to leave the sides level at the break. In the second half, both teams missed gilt-edged chances to take the lead.

Zimbabwe's wait for a first win at the Africa Cup of Nations since 2006 goes on.