Afghans skeptical about Kabul conference | Asia | An in-depth look at news from across the continent | DW | 20.07.2010

The international Afghanistan conference in Kabul has ended with new plans and pledges for restructuring aid and trying to end militancy in the country. Afghans, however, remain skeptical. 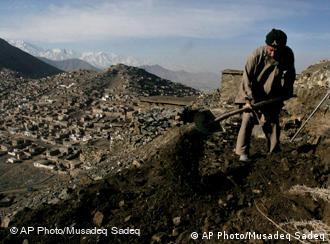 Many Afghans wonder where all the aid money has gone

About six months after the last international meeting on Afghanistan was held in London, the security situation in the country has not improved at all. On the contrary: The past six months were the bloodiest since the beginning of the ISAF mission in 2001. In this situation, it will be a big challenge for the Afghan army to take full responsibility for security by 2014, as promised at Tuesday's meeting. 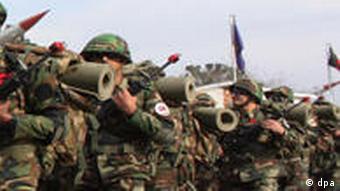 Defense ministry spokesman, General Zaher Azimi, says the main problem is not the strength of the Taliban, but that the Afghan forces still lack many things. "We cannot act independently because we don't have an airforce, for example. And we totally lack armored vehicles."

Critics of President Hamid Karzai blame him for the lack of progress in the country. They say he has not come up with solutions for any of Afghanistan's major problems, including the embezzlement of aid money. Yunus Fokur, an expert on domestic politics in the country, argues: "A president who takes more than six months to nominate the ministers in his government cannot claim to be a successful politician. We hope that the international community, if it really is interested in improving the situation, will demand that the Afghan government fulfils its promises and will not accept its empty pledges any longer."

Huge sums spent, but where are the results? 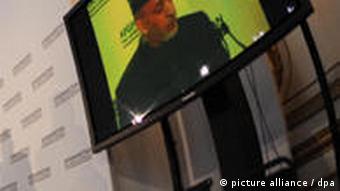 Fokur adds that a lack of cooperation and mutual recriminations between Kabul and the international community are to blame for the fact that the goals of the London conference have not been reached at all. Officially, foreign donors have spent altogether about 36 billion dollars (28 billion euros) on the development of Afghanistan.

Whoever is to blame, many ordinary Afghans are simply disappointed about the lack of progress. An angry citizen of Kunduz in the northeast speaks for many of his countrymen: "Reconstruction does not just mean reconstructing the city. It also involves setting up factories and creating jobs. People must feed their children and families. Let them build factories at least! Then I could find work there. Where are the jobs here? Show them to me!" 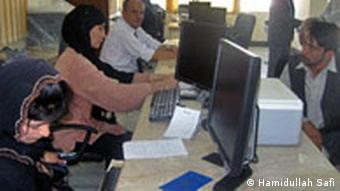 A new bank in Mazar-e-Sharif, where reconstruction has been more successful than elsewhere

Some islands of hope

In the war-ravaged south people are even more desperate. It is only in relatively secure regions that money has been invested in the infrastructure. In the northwestern city of Mazar-e-Sharif, for example, a citizen is quite optimistic: "The reconstruction process in Mazar-e-Sharif has gone really well. We are really happy that so much has happened, considering we had three of four decades of war before."

Instilling this spirit of optimism into more Afghans is what could really turn the tide in the country. But Afghans have learned the hard way that high-level conferences, goals and promises are not necessarily going to make a difference. It requires efficient governance and hard work on the ground.

Afghans aim for security take-over by 2014

Afghanistan is aiming to take over security and military responsibilities from international forces by 2014, Afghan President Hamid Karzai told delegates to a one-day summit on the country's future in Kabul on Tuesday. (20.07.2010)

Amid tight security, a major international conference on Afghanistan is underway in Kabul. The key meeting is the first to be held inside the war-torn country. (19.07.2010)

Corruption in Afghanistan has doubled: study

A new survey says corruption has soared to twice previous levels in Afghanistan in the last two years. The survey was conducted by a non-profitmaking group called Integrity Watch, which released its report on Thursday. (08.07.2010)