Afghans defend their schools against the Taliban | Asia | An in-depth look at news from across the continent | DW | 05.07.2012

Afghans defend their schools against the Taliban

Using violence and intimidation, the Taliban is trying to disrupt Afghanistan's school system. While the government watches on helplessly, pupils and parents are mounting their own defense against fundamentalism. 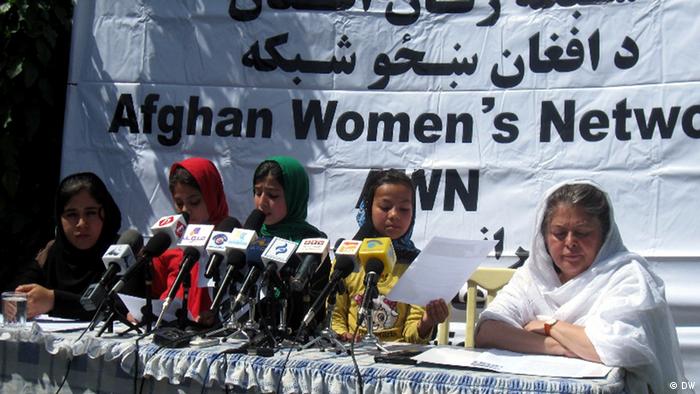 Two months ago, ten-year-old Mitra of Kabul addressed the following words to the Taliban at a public gathering: "Please don't sacrifice our schools for the sake of your political objectives." She was reading out her "wishes" at a demonstration against the increasing number of attacks on schools in Afghanistan. Or, as Mahboba Saraj, one of the organizers of the rally, put it: "Together with the parents of the schoolchildren, we want to make our stand against the rebels' war on our educational institutions. We are very worried about our future. If the situation is already this critical, what is going to happen after 2014?" 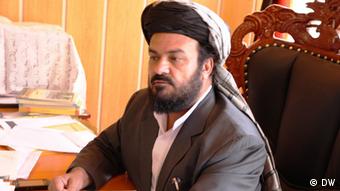 All foreign troops are expected to leave Afghanistan by the end of 2014. Saraj does not believe that the Afghan security forces will be able to prevent the closure of the schools on their own. In the past three months, the Taliban have intensified their campaign against state-run schools. According to official figures, around 500 schools are currently being prevented from holding classes. These are all schools which have either been destroyed by the Taliban, or where the teachers are too scared to go to school and teach. That means that around 300,000 children are currently not able to attend school.

According to Lutfullah Maschal, spokesman of the Afghan secret service in Kabul, the Taliban have established two "special groups" with the sole objective of disrupting the country's school education system.

"Officially, the Taliban deny having anything to do with these groups because they fear that they might draw public scorn and anger. But we have enough evidence that the Taliban are behind these attacks on the schools," Maschal told DW. 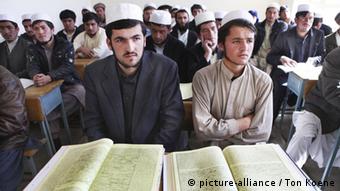 The Taliban want to replace public schools with madrassas

The Taliban reject any and every kind of modern education. They see schooling for girls and women as a sin. They believe boys and men should learn reading and writing from the mullahs in the mosques. Up till now the Taliban have been active against state-run schools mainly in the south, in the provinces of Kandahar and Helmand - former Taliban strongholds. But recently, they have been attacking teachers and pupils in the north as well, in the region around Mazar-i-Sharif. In the past few months, over 1,000 children have had to be treated for gas poisoning after breathing in harmful substances unawares in their classrooms.

The government seems to be powerless against such tactics, which is the reason why more and more parents have started to take the initiative to prevent the closure of schools in their village - if necessary with Kalashnikovs in their hands, said Amanullah Kamrani of the district of Andar in the Ghazni province put it.

"The Taliban have closed down the schools in our village. They have forbidden the villagers from having any kind of contact with the authorities. There was an uprising against the Taliban after that and they were even driven out of a few villages where the children can go to school again," Kamrani added. 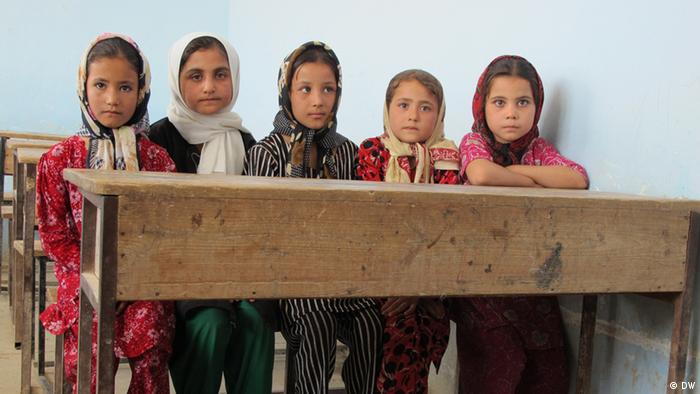 Will these girls retain their right to an education?

The revolt of the residents of Andar is not an isolated incident in Afghanistan. Locals have been putting up resistance in regions where the Taliban have become more active. The people of Afghanistan know that their children can have a better future only through education, Abduljabar Shilgaray, a former parliamentarian from the eastern part of the country, told DW. And they were even ready to risk their lives defending their children's right to education. But they did not want to become a surrogate army of the government, Shilgaray added.

"In Andar, young poeple, mostly pupils and students, fought against the Taliban and made sure that their schools opened again," he said.

The parliamentarian criticized Kabul for not doing enough to help the people defend their right to education, but added that there were not enough security forces in the country to see out the fight. Instead, the Afghan government was following a strategy of diplomacy with the Taliban. As a compromise, the Afghan education ministry promised to increase the hours of religious instruction in schools on the condition that the Taliban end their attacks on schools.

The Taliban has yet to accept the offer.

DW radio program picks up where schools leave off

DW produces educational radio dramas designed to reach people in remote areas of the world who have no access to schools. And at this year's Global Media Forum, 'LbE' was a hit. (27.06.2012)

Women in Afghanistan suffered severely under the Taliban regime. They were prevented from going to school and working. Today, the country depends on help from abroad to guarantee schooling for girls. (21.05.2012)

More than 100 schoolgirls have been rushed to hospitals in northeastern Afghanistan after drinking what is feared to be poisonous water from a tank at their school. (18.04.2012)