The success of the US-brokered peace pact in Afghanistan is dependent on a prisoner swap between the Afghan government and the Taliban. The Taliban has said they will no longer take part in these "fruitless meetings." 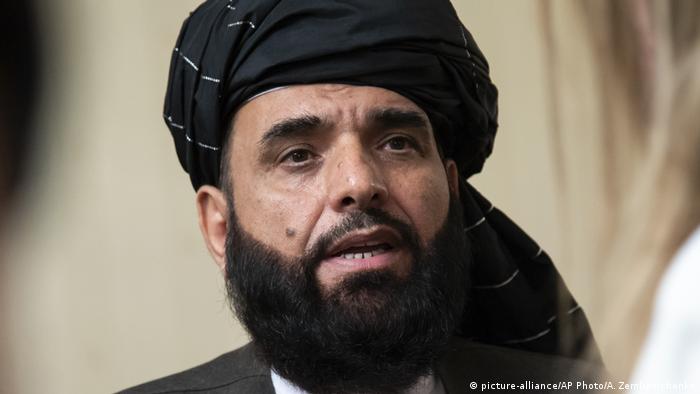 The Taliban broke off talks over a prisoner exchange with the Afghan government Tuesday. The exchange was a key step in the peace talks brokered by the US after it agreed a troop withdrawal pact with the militant group.

The Taliban's technical team would no longer participate in "fruitless meetings," spokesman Suhail Shaheen wrote on Twitter shortly after midnight on Tuesday.

"Unfortunately, their release has been delayed under one pretext or another," he wrote. "Therefore, our technical team will not participate in fruitless meetings starting from tomorrow."

The US signed a peace deal with the Taliban in February, but the success of the pact is dependent on talks between the Taliban and the Afghan government.

The militants had been engaged in talks with the Afghan government since last week over the prisoner swap, which was supposed to take place on March 10. The exchange was set to build confidence between the two sides for peace talks.

"We ask the Taliban not to sabotage the process by making excuses now," said Javid Faisal, a spokesman for the National Security Council in Kabul.

Last week, Afghan officials indicated they were willing to release prisoners who were sick or over the age of 50. In return, the Taliban would release around 20 members of Afghan security forces.

There are concerns that the talks breaking down could lead to a further escalation in violence.

Afghanistan: Why NATO's indecision could be a precursor to civil war 19.02.2021

NATO has offered no straightforward statement regarding the exit of foreign troops from Afghanistan. The situation in Afghanistan, however, is clear: Kabul and the Taliban are preparing for a possible escalation.

"The ceasefire was brokered by tribal elders," according to an Afghan official. Neighboring Pakistan reported Taliban forces had secured a key border crossing.