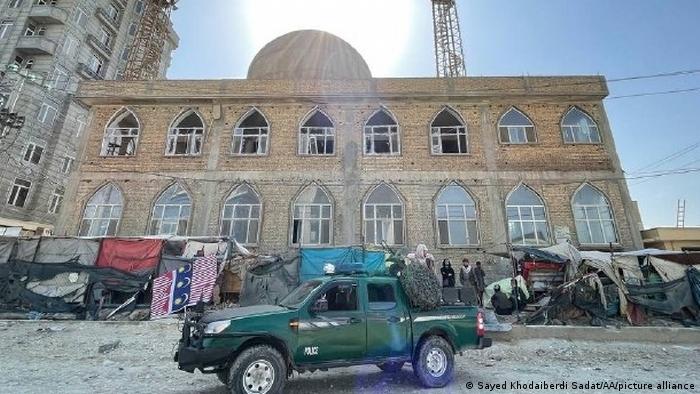 A bomb attack has killed and wounded worshipers praying during Ramadan

A blast at a mosque in the northern Afghan city of Mazar-e-Sharif has caused dozens of casualties, officials said on Thursday.

Dr. Ghawsuddin Anwari, the head of the main hospital in northern Mazar-e-Sharif, where the explosion took place at the Sai Doken mosque, told The Associated Press that at least 10 people were killed and 40 injured.

The attack occurred as worshipers were kneeling in prayer during the Muslim holy month of Ramadan.

The Sunni extremist group "Islamic State" has claimed responsibility for the attack on its Telegram channel.