Several Afghan students have died in crossfire from a Taliban attack on a police checkpoint, an official says. The rebel group now controls almost half of the country's districts, according to a US oversight authority. 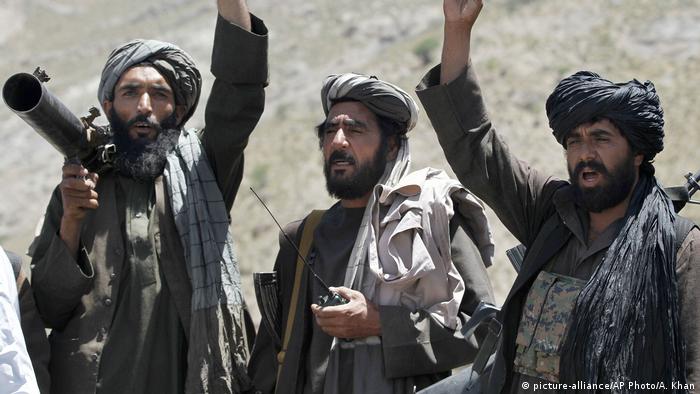 At least four Afghan students aged between 10 and 16 were killed on Saturday after being caught in crossfire during Taliban attacks on police checkpoints near a school in eastern Ghazni province, a spokesman for the provincial governor said.

The spokesman, Arif Noori, told DW that 17 others, including 15 students and two teachers, were wounded when an explosion hit the school in Andar district. He said authorities were investigating who fired the projectile that hit the school. No one immediately claimed responsibility for the attack.

The attacks come amid efforts by the United States to broker a peace accord between the Taliban, who ruled Afghanistan from 1996-2001 before being ousted in a US-led invasion, and the Kabul government.

The Islamists, who have been waging a rebellion since their ouster, now control some 46 percent of the country's districts, up from 36 percent in 2017, according to the US government's Special Inspector General for Afghanistan Reconstruction.

Officials said on Saturday that Taliban militants took control of the Arghanj Khowa district center in the northeastern province of Badakhshan after two days of fighting in which at least 12 security force members were reported to have died. Two other districts in Badakhshan, Warduj and Yumgan, have also fallen into Taliban hands over the past three years.

'When we fled Ghazni my mother was crying’