Afghan government′s control over Kunduz remains fragile | Asia| An in-depth look at news from across the continent | DW | 21.09.2016

A year after Taliban fighters briefly overran Kunduz city, in a major blow to the morale of Afghan security forces, the insurgents continue to pose a major challenge to government troops in the region. DW examines. 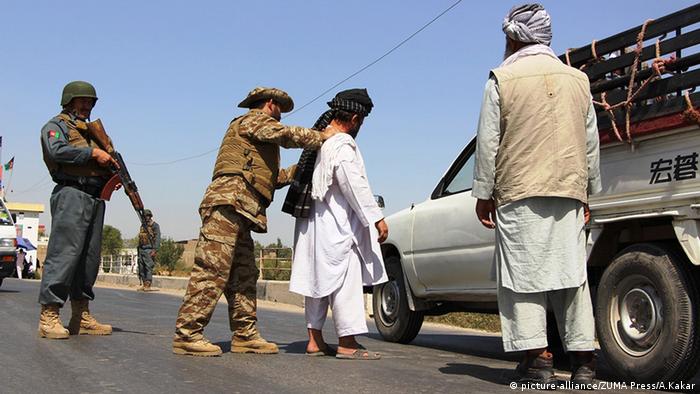 Last September, Taliban insurgents briefly captured Kunduz city, the first time they overran an Afghan provincial capital since the group was ousted from power in 2001. After days of heavy fighting, Afghan government forces - backed by their international allies - managed to push back the Taliban and retake control of the city.

But a year later, the Afghan government's control over the territory still remains fragile, while the Taliban continue to pose a major threat. In fact, the militants control districts as close as only a few kilometers to Kunduz city.

Chahar Dara is one of such districts which have witnessed intense clashes between government troops and armed insurgents. Both sides seem unable to keep control over districts and villages for a longer period of time and are therefore making advances and retreats on a regular basis.

Local residents, however, have become the major victims of the prevailing instability in the whole province, particularly in remote areas.

"Children cannot go to schools. Just a few days ago, government forces raided a school in Chahar Dara because they believed it was being used as an insurgent guesthouse," said a resident of the district who did not want to be named because he feared repercussions from both government and insurgent forces.

Residents in districts such as Chahar Dara are often threatened by both sides of the Afghan conflict, with each side accusing them of supporting the other. This is the main reason behind the high number of casualties they suffer in the fight between the government in Kabul and the Taliban for control over the territory.

"No one is safe anymore. Almost everyone who could afford the trip has fled the area," the anonymous resident pointed out.

After Kunduz city was recaptured from the Taliban last year, Afghan President Ashraf Ghani visited the northern city and vowed to clear the whole province of insurgents.

Since then, almost all high-ranking Afghan security officials have paid visits to Kunduz. Armed insurgents, however, still pose a great danger to the city and surrounding districts, Fatima Aziz, a member of the Afghan parliament from Kunduz, told DW.

"The risk of Kunduz city falling into the hands of the Taliban is not as high at it was last year but the insurgents are still present in the area," she added.

"At this point, the people in Kunduz province ask the central government for nothing more than security," Aziz said, urging the National Unity Government (NUG) to find a long-term solution. Otherwise, she stressed, the people of Kunduz will no longer support the government. 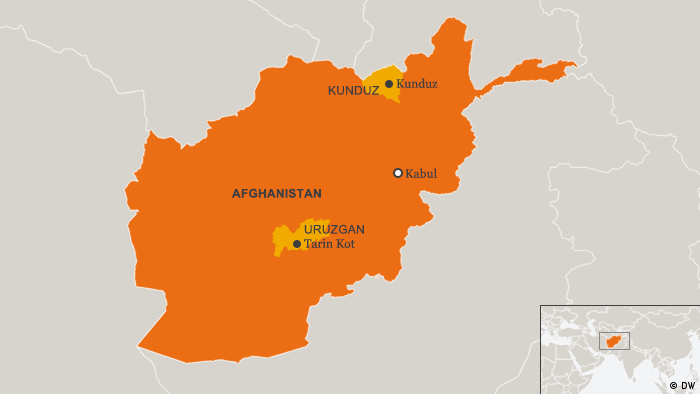 Taliban operations in the provinces Kunduz and Uruzgan

Not the only case

Kunduz is not the only Afghan province facing such difficult circumstances. The capital of central Uruzgan Province, Trin Kot, was under Taliban siege for several days this month. Afghan government troops were only able to force back the insurgents with support from NATO forces.

Government forces, Naim says, only have presence in provincial and district capitals, while the Taliban controls the rest of the area.

Local residents moan that normal life has been disrupted due to the fighting. They point to schools being closed and the Taliban blocking a number of roads connecting Trin Kot to the rest of the country.

Can Afghanistan step out of Pakistan's shadow?

For decades, Afghanistan has been relying economically and militarily on neighboring Pakistan. But Afghan President Ghani wants to break this dependence by bolstering ties with India, where he is on a two-day visit. (14.09.2016)

After a spate of recent deadly bombings, the Afghan capital Kabul still remains in shock. Experts believe Afghanistan's increasingly close ties with India are a reason for the uptick in violence. (07.09.2016)

After NATO ended its military mission in Afghanistan in 2014 and handed over security responsibilities to Afghan forces, the Taliban and other insurgent groups intensified their fight against the government in Kabul. As a result, they have been able to expand the territory under their control.

Afghan security forces have been unable to tackle the Taliban on their own, and with foreign troops reducing their role on the battlefield, Afghan forces are simply overmatched, said Michael Kugelman, a South Asia analyst at the Washington-based Woodrow Wilson International Center for Scholars, a think tank. "The Taliban know this, and use it to their full advantage," the expert added.

Afghan President Ghani and Chief Executive Abdullah Abdullah - the two main partners in the country's government - agree that security is the predominant challenge facing their administration.

But they both seem to be totally consumed with political bargaining with each other rather than finding a durable solution to the security problem.

Political disagreements between the two will not harm the government's reputation internationally, says Siegfried O. Wolf, a South Asia analyst at the University of Heidelberg. But nationally, Wolf noted, the government's prioritizing of internal politics over security challenges will lead to increased criticism.

The NUG came to power following a power-sharing deal between Ghani and Abdullah in 2014. The US-brokered deal states that the government will call a "Loya Jirga," or gathering of Afghan leaders and elders, by October 2016 to determine the future role of CEO Abdullah.

Opposition parties argue that the government would lack legitimacy beyond October 2016 without approval from the Loya Jirga. Nevertheless, it seems that a Loya Jirga will not be called soon, because the mechanism for choosing its members has yet to be put in place. 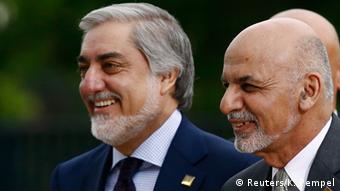 It is not only the opposition that is challenging the government, however. Abdullah and Ghani have their own issues with each other, with both blaming the other for any failure the government faces.

"With so much focus on the political crisis, there is precious little time to dedicate to an issue as critical as the Taliban insurgency," Kugelman said.

Many fear that with no practical peace deal with the Taliban in sight and insurgency apparently stronger than at any other time in the past 15 years, the Taliban are likely to gain more ground.