AFCON: Comoros 'Coelacanths' at AFCON for the first time

Nicknamed after an endangered fish, the footballers from Comoros are far from dying out. The Coelacanths have qualified for the Africa Cup of Nations for the first time thanks to minimalist tactics and team spirit. 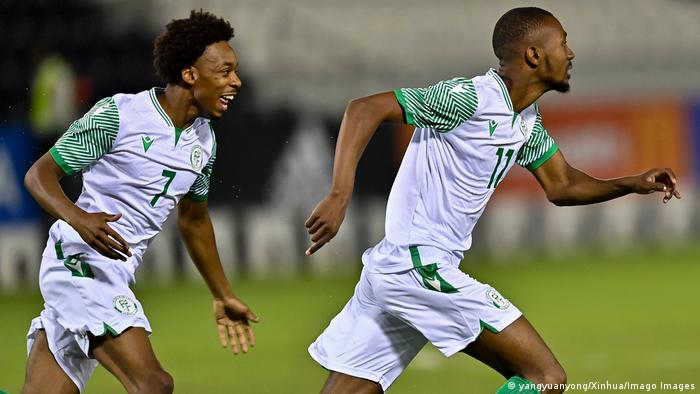 Comoros kick off their campaign against Gabon on Monday

The 27-year-old Comoros midfielder arrived in Cameroon with his teammates last week ahead of the small island nation's first appearance at the Africa Cup of Nations, and is still feeling the effects of the numerous COVID-19 tests.

Comoros — an archipelago with a population of around 850,000 in the Indian Ocean, just off the eastern coast of Africa — are the surprise entry at the 33rd AFCON and already one of the greatest sensations in the tournament's history.

In Group C against African giants Morocco, Gabon and Ghana, qualification for the last 16 appears unlikely on paper — but not impossible, according to Bakari.

"With all due respect, we're not scared of anybody," he told the Brabants Dagblad, a daily newspaper in the Netherlands where he plays club football for Eredivisie side RKC Waalwijk. "We've made it to this tournament, which means we're also good."

'We've made an entire people happy'

The national team of Comoros is nicknamed "the Coelacanths" (pronounced see-la-canths) after a endangered species of exotic fish found in the region.

But while the fish may be dying out, the team is enjoying an improbable new lease on life, qualifying for the tournament in March 2021 ahead of Kenya and Togo. After the decisive 0-0 draw with the latter, fans accompanied the team from the stadium to the team hotel and celebrated together late into the night.

"We have made an entire people happy," Bakari told DW at the time. 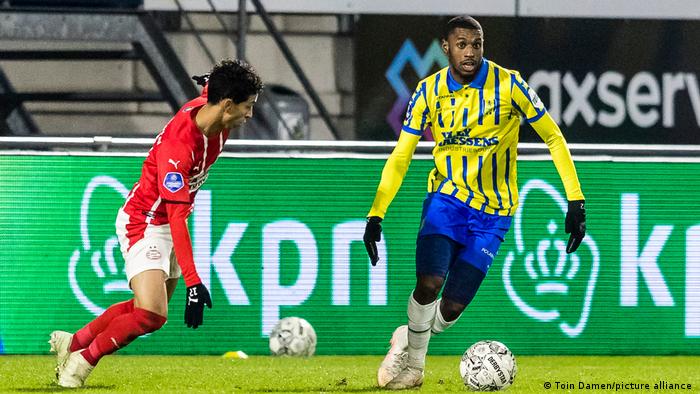 Only a few years earlier, the prospect of Comoros competing at AFCON would have been unthinkable; the footballers from the three main islands Grande Comore, Anjouan and Moheli (plus contested Mayotte) only joined FIFA in 2005, a move which sparked a footballing boom.

Even the smallest FIFA members receive annual subsidies from the world governing body, especially when — like on the Comoros islands — sporting infrastructure is lacking.

Since 2005, the Comoros have benefited from $1.3 million (€1.1 million) a year in FIFA support, and have also become members of FIFA's development program. As such, they have been able to renovate the Twamaya Academy near the capital Moroni, while $11.4 million will have flowed into a new administrative building by the end of 2022.

What's more, the Mohamed Cheikh national stadium has been expanded to include an artificial pitch and floodlights. 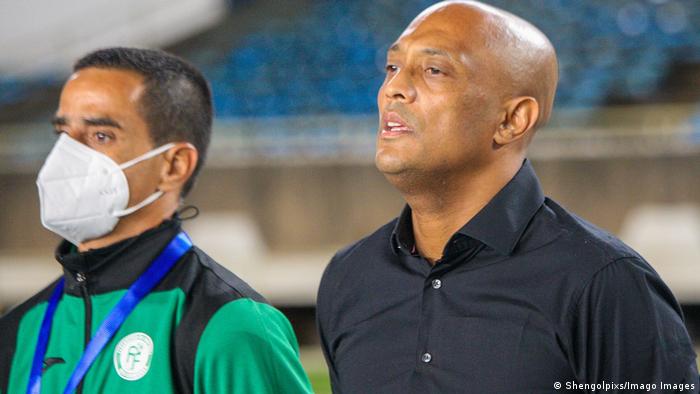 The head coach for Comoros, Amir Abdou (right), had previously only worked in the French sixth division

On the pitch, however, the key to success has been the appointment of Amir Abdou as national team coach. Initially, the 49-year-old was supposed to assist former Marseille and Raja Casablanca coach Henri Stambouli, but took full control when the Frenchman withdrew.

Abdou, born in Marseille but with Comorian ancestry, had previously only worked in the French sixth division but immediately set about restructuring the national team.

Finding players with Comorian roots predominantly in the south of France in the second or third divisions, Abdou slowly improved the Coelacanths' performance. Discipline and organization are key pillars of his work, but midfielder Bakari also describes an unshakable team spirit.

"At our clubs, we all work rather selfishly on our own careers," he said. "But with the national team, individual ambitions take a back seat and we fight as one for our country."

Bakari's own story is a good example. Born in a Parisian suburb, his talent saw him accepted into Paris Saint-Germain's youth academy — but he wasn't taken on when he reached adulthood. Instead, he spent a few seasons in the lower leagues in France and Belgium before signing for Dutch side Waalwijk in 2017. He has since made 92 league appearances, scoring four goals, helping the team to promotion to the Eredivisie in 2019.

Comoros' progression through AFCON qualification was symbolic of Abdou's disciplined and organized approach: in the first five games, they conceded only two goals and scored only four themselves.

In the goalless draw against Togo which secured qualification, the Comoros didn't register a single shot on goal, but the "minimalist" approach had worked. 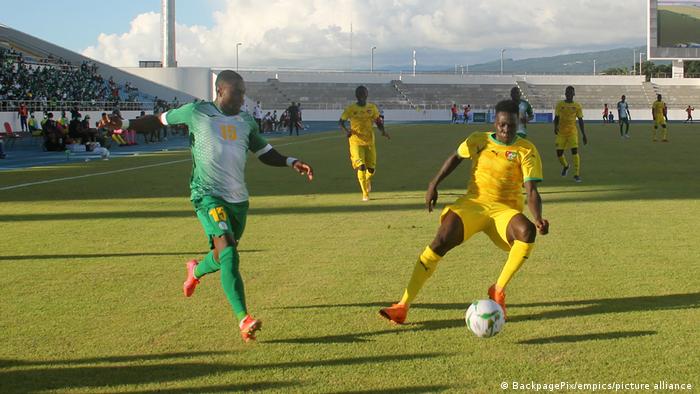 "I wouldn't say I'm either defensive or offensive," said Abdou, who also coaches FC Nouadhibou in nearby Mauritius. "I adapt my tactics to the opposition."

The team's biggest strength lies in familiarity, having barely changed in terms of personnel since 2016. Abdou runs the group like a club team, regularly gathering the squad together in Comoros for training camps. The players know and trust each other. "We're like one big family," said Bakari.

Recently, however, the team has become somewhat nomadic, being unable to travel to Comoros for a year due to COVID-19 restrictions.

"We wanted to meet and train there but it just didn't work," said Bakari, lamenting what a shame it has been for the fans who have only been able to watch their heroes on TV. Due to the pandemic, fans won't be able to travel to Cameroon either — so at least they won't have to undergo the same painful COVID tests as Bakari.

"They'll still be behind us though," he said. "We want to make them happy."

This article was originally written in German (and translated by Matt Ford).