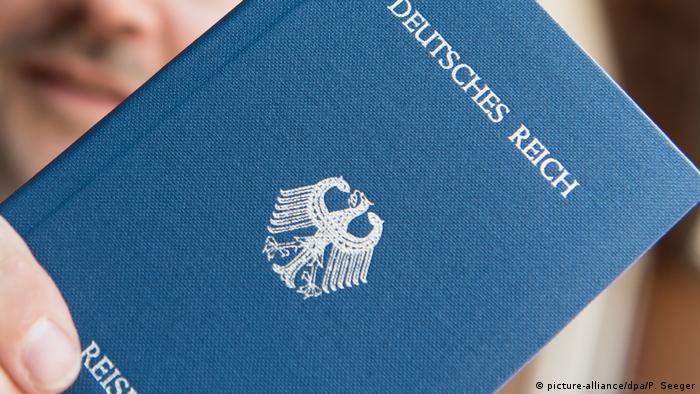 Adrian Ursache, a member of the Reichsbürger anti-government movement, has been formally charged with attempted murder in a court in the eastern state of Saxony-Anhalt.

Prosecutors added attempted murder to the list of charges facing the 42-year-old former Mister Germany after accusing him of shooting a police officer in August last year during moves to forcibly evict him from his property.

"Here begins State Ur" a sign at the entrance to Ursache's property had read. Members of the Reichsbürger movement do not recognize the German state that emerged following World War II or court decisions made in its name and only follow the previous, imperial laws or regulations issued by the Nazis. Ursache may have believed that he had declared his land sovereign territory and could therefore legally defend it from the German state.

Only protective clothing saved the officer's life, prosecutors said. Ursache also sustained injuries in the incident and spent months in a prison hospital in Leipzig. He has until the end of April to answer the charges before the court will decide if the case can proceed.

The Reichsbürger movement has repeatedly made headlines in Germany, though some have criticized the authorities for focusing on left-wing groups and not taking far-right extremists seriously. The movement is known to include multiple police officers.

In October, authorities accused a different Reichsbürger of shooting a 32-year-old police officer in the southern state of Bavaria. The officer later died from his injuries.