Adored, vilifed, ridiculed: German Schlager polarizes like no other genre

Some categorically reject it as trivial kitsch, while others can't get enough of it. But one thing seems certain - everyone who's heard it has something to say about Schlager. 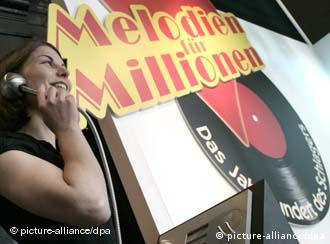 It all began with Johann Strauss's "Beautiful Blue Danube" waltz. After the 1867 premiere, a newspaper in Vienna commented, "The opening number was a definite 'Schlager.'"

The critic had lifted the term from the business vernacular, but coincidentally or not, "Schlager" translates to "hit." The genre's heyday came a century later, in the 1950's and 60's, before the Continent was inundated by English-language pop.

Once English music struck a chord with listeners, there was no stopping the globalization of the music industry. But Schlager has put up a good fight, reinventing itself and assimilating elements of rock'n'roll and beat. Today, it remains a formidable factor in the domestic market with a reliable nine percent share.

Iconic Schlager stars like the Flippers, Kristina Bach and Helene Fischer regularly win awards and distinctions, while Andrea Berg and her "Best of" album have remained lodged in the German charts for over seven years, edging out former record holders Pink Floyd and The Beatles.

"Andrea tells stories written by life itself. She doesn't put on an act," wrote eleven-year-old Jenny on a fan page, echoing the sentiments of millions.

Yet the music style seems to occupy a parallel universe and is no longer as omnipresent as it once was. With the media offering a far wider musical spectrum these days, many consider Schlager "Grandma's music." 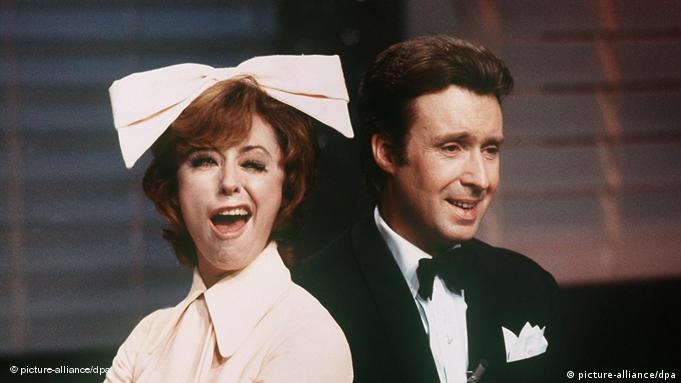 Helene Fischer, who turned to the world of Schlager at age twenty, vehemently disagrees.

"That's the old cliche. One is always being pidgeonholed," she says.

Dr. Julio Mendivil of the Department of Musicology at the University of Cologne agrees. Having written his dissertation on German Schlager, he knows the scene. Mendivil just smiles when the genre's demise is predicted again. Regularly attending sold-out concerts of Schlager stars, he has seen many young faces there. Helene Fischer, only twenty-six, is by no means the youngest on the scene.

A cell phone in her heart 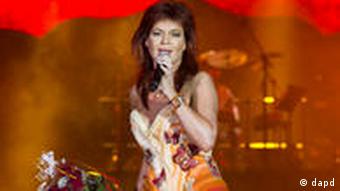 The ingredients of a successful Schlager are a few staples: a simple melody and a catchy refrain generously spiced with heartache and love. But Schlager has even arrived in the world of Web 2.0 and ubiquitous technology when Stefanie Hertel pines, "Ich hab' ein Handy in meinem Herzen" ("I have a cell phone in my heart").

Through the decades, German Schlager has reflected the nation's postwar history. Refugees mourned the loss of their homelands, a passion for travel reflected new opportunities in the wake of the Economic Miracle, Peter Kraus was the (comparatively tame) German answer to Elvis, and the peace and women's liberation movements turned up in lyrics.

But Dr. Julio Mendivil played down the connection.

"For every song like 'A Bit of Peace' by Nicole, there are at least nine hundred songs that take no note of the subject whatsoever," Mendivil said, adding, "A song might occasionally be picked out and declared a sign of the times, but that can't be generalized."

At home in the Schlager family 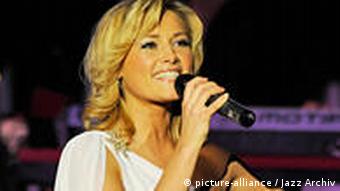 The style's tried and true formulas go back much further. Longing for far off places is a recurrent theme in operetta hits of the 19th century and from the 1920's, which are populated by stereotypes: the friendly Mexican, melancholy Russian or passionate Frenchman.

One group that churned out numerous hits about foreign lands in a forty year career was The "Flippers." These icons recently bade farewell to the biz and to their ever-loyal following.

"There's something special about Schlager fans," said youthful star Helene Fischer, who originally aimed for a career in musicals until her mother sent a demo to various record companies. Her current manager led her to the world of Schlager - a turn of events she now welcomes.

"I don't know whether I would have felt as comfortable in the world of pop," she said with a smile. "First there's a lot of hype, then, a year later, you're all washed up."

Fischer is convinced that would never happen in her Schlager family. A wide comfort zone and a tad of utopia are unmistakable features of the Schlager and explain its success, confirmed Dr. Julio Mendivil.

"Life's problems can be subject matter in English pop music," he said, "but you don't mention them in German Schlager."

That makes it a sort of warm blanket for the soul, but as Mendivil pointed out, "That doesn't mean that Schlager listeners flee from reality. They aren't dumb. They know that ideal world doesn't exist, but they use the music to feel better, at least for the moment."

In that, said the musicologist, there's no difference between Schlager and any other kind of music. Classical, rock and heavy metal all offer avenues of escape from everyday life. 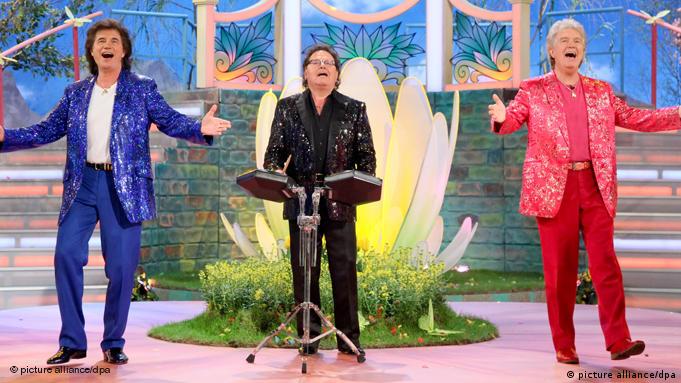 Vintage Schlager stars: The Flippers stepped down after over four decades in show business

As an ethnomusicologist, Mendivil issues a plea for tolerance, most of all from the generation that vehemently attacks the German Schlager as trivial kitsch. To those who grew up on electronic music, it just isn't cool enough.

"It's considered arch-conservative and bourgeois - the very values they once rebelled against, and today's youth rebellion is much the same," explained Mendivil.

He's happy to note with a wink that people who wouldn't dream of listening to Andrea Berg or Helene Fischer are quite a bit more open-minded toward Schlager productions from decades past, such as those by Freddy Quinn, Marianne Rosenberg and Caterina Valente, who have unexpectedly emerged as belated cult stars. Studies indicate that musical tastes can radically change at a certain age. A 20-year-old rock music listener just may morph into a Schlager fan at age 40.

Kraftwerk maintain their legacy as electro-pioneers

What Rainer Werner Fassbinder did for German film and Joseph Beuys did for art, the electronic pop band Kraftwerk did for postwar German music. Namely, they put it back on the map. (08.04.2011)

A gravelly voice, a felt halt and hundreds of beer coasters: Udo Lindenberg has accumulated quite a few trademarks in a career spanning over 40 years. Find out what's behind the legendary performer. (12.04.2011)

The Schlager has its own single's chart - here.