Kraftwerk maintain their legacy as electro-pioneers

What Rainer Werner Fassbinder did for German film and Joseph Beuys did for art, the electronic pop band Kraftwerk did for postwar German music. Namely, they put it back on the map. 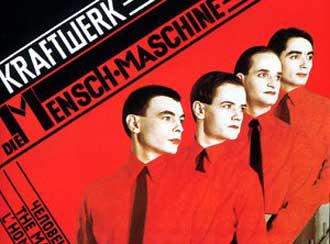 "Robots," "machine-men" and "storefront mannequins" are just a few of the names that have been applied to the band Kraftwerk. Whoever knows about them, knows one thing for sure: without Kraftwerk, the current electronic music scene simply wouldn't exist. But what's really behind the racing-bike-riding duo from Düsseldorf? They've kept up their mysterious and detached image from the very start.

What Rainer Werner Fassbinder was to German film and Joseph Beuys to visual art, Kraftwerk was to German music after World War II. Against the kitschy melodies and anti-war lyrics of 1969, Ralf Hütter and Florian Schneider resolved to make music free of Anglo-american influence.

"It was a problem for us to be able to make music here," said Ralf Hütter in a rare interview, adding that the war had destroyed music in everyday life, and it was his generation's task to start from scratch.

After three initial albums, Kraftwerk perfected the sound that would become their trademark on 1974's "Autobahn": monotonous, repetitive but driving.

Instead of flowery song texts, the duo from Düsseldorf drew their minimalist lyrics from factual observations, labels and signs. 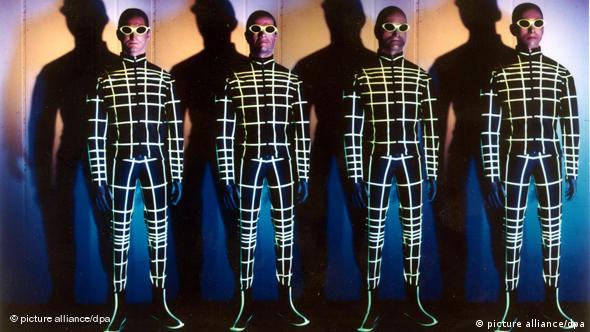 "Right from the beginning, we had a concept of making electronic folk music," explained Hütter. "The music is a kind of vision for the digital age and world of computers."

The band can be credited with dissolving established structures of a pop formation. Instruments were replaced by electronics; instead of having a drummer sweating on stage and interfering with the band's robotic image, the members of Kraftwerk drew on innovations like the drum machine and other synthesizers to make their music.

Aside from their musical legacy, part of the band's mythos is also their self-imposed exile in the middle of Düsseldorf in western Germany.

Once in a while, residents will see the fanatic cyclists passing through the countryside around the city. For years, they could also be seen heading downtown to the legendary Kling Klang Studio - in suits and with briefcases in hand - where no one outside of the band is allowed entry. But the studio was reportedly moved west of Düsseldorf in 2009.

When it comes to interviews, reporters are lucky to hear from the band at all, and sitting down with Kraftwerk often means sitting down with one of their "dummies," computer-generated simulations of the band members. Then the interview usually consists of Ralf Hütter philosophizing in brief statements through his dummy about Kraftwerk and machines. 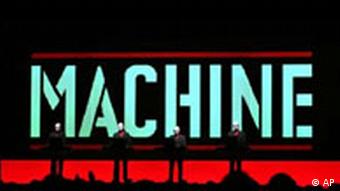 Kraftwerk's themes are nothing if not consistent, shown here in concert in Hungary

In 2009, founding band member Florian Schneider left Kraftwerk, and Ralf Hütter is continuing on his own. He maintains Kraftwerk's legacy by touring and tweaking old songs to adapt them to new technologies.

In an interview, he said he would like to change his last name to Kraftwerk, just as the shoemaker or miller used to make their trades their namesake. Hütter is Kraftwerk, the man-machine.