Adopt an artist, support the arts in Madrid

The economic crisis has seen revenue streams for the creative industries in Spain dry up. Now, in the capital city of Madrid, a new scheme is encouraging people to support young artistic talent by adopting an artist. 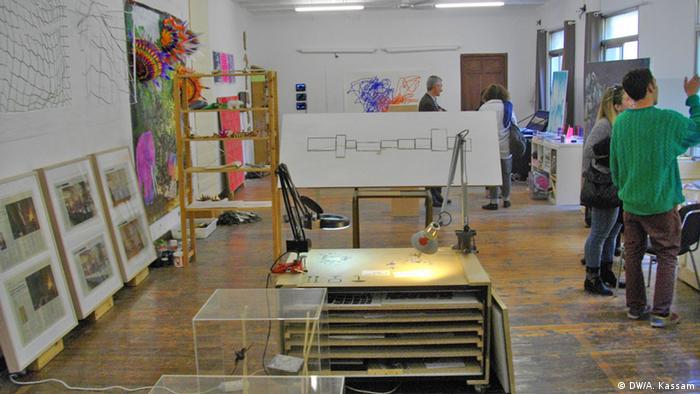 Since visiting a cramped art studio in her neighbourhood during an open house in December 2012, Teresa Navajas has been working on innovative ideas to help support contemporary artists in Madrid. What used to be a large, vacant space on top of a church in downtown Madrid is today a vibrant studio shared by seven young artists.

"The artwork was fantastic. The space was magic. They were amazing," says the bubbly 30-year-old, her eyes lighting up as she describes her first impression of Studio Beneficencia. But as colorful as the place is, all the artists there are struggling to make ends meet.

"Art doesn't sell like it used to a few years ago," says Jairo Alfonso, one of the artists who works out of Studio Beneficencia. "Art galleries have suffered as well. They used to have support from the Spanish government, but now many of them don't. Lots of galleries have closed."

The slowdown in art sales has meant that none of the artists at Studio Beneficencia can afford to work on their art full-time. Instead they juggle odd jobs in carpentry or teaching art classes, and rush to the studio in their free time.

"I'll do anything that pays," Ugo Martinez Lazaro says, shaking his head. "I work and then the minute I have enough money to cover my expenses, I stop working and focus on art. It's really the only way I've found to sustain my career." 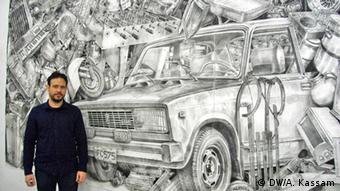 The crisis, Navajas says, has taken a toll on the opportunities available to artists in Spain. She points to the Spanish government, once a major player in the art world.

Small villages, municipalities, regional governments and public administrations all used to buy artwork continuously to fill their museums. Foundations were also flush with cash to spend on art and there were lucrative internships on offer for promising artists.

But the implementation of austerity measures has meant that most of these revenue streams have dried up. The situation worsened in September 2012 when, in an attempt to bring in more revenue, the Spanish government raised the tax on sales of artworks from 18 to 21 percent. "Buying a Spanish painting in London is cheaper than in Madrid," Navajas says matter-of-factly.

The result has been tough times for art galleries in Madrid, she says, and dozens of them have closed across the country. Those that have managed to stay open aren't as open to the idea of taking risks on young, lesser-known artists. "There are a lot of amazing artists who are forced to go abroad to sell their works," she explains.

But it's not all bad news, says Studio Beneficencia artist Pedro Lopez Zamora. The way he sees it, art is always a response to a crisis situation. "Right now our country is in a crisis and I personally think it will affect artists in a positive way," he says. "It generates an environment where artists are free to take more risks." 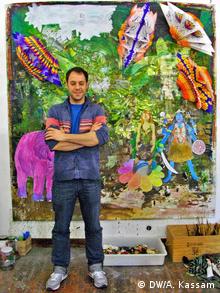 Investing in the future of the arts

There are few big art collectors in Spain and the majority focus on acquiring classical art, meaning funds are scarce for contemporary artists. So Navajas began to think about ways to foster a more direct relationship between artists and collectors.

"Collectors rarely meet the artists and enjoy the real experience," she explains. "But I thought if collectors had a relationship with the artists they admire, they would be able to understand their evolution, their feelings, their works."

That's when the "adopt-an-artist" idea was born. For 50 euros a month, over a period of six months, Navajas invited her friends and family to sponsor any of the artists who work at Studio Beneficencia. The money goes towards freeing the artists from their day-to-day expenses, so they can dedicate themselves to making art full-time. As a thank you, every patron gets a work of art from their artist.

So far, few people have signed up. But it's a start. She's brimming with ideas for the next phase of her project, whether it's crowd-funding for the artists, or an art auction that reaches out to new collectors. Every event is a step towards cultivating a new generation of art collectors in Spain and encouraging people to support young local artistic talent, she says, adding something different to the equation.

Spain is put to the test

In a bid to escape record unemployment, young Spaniards are leaving the country in their droves. Those who stay behind, face a country dogged by corruption scandals, and troubled politics. (08.05.2013)

Frustrated by a lack of opportunities at home, Spanish youth are leaving in droves. More than 280,000 left last year alone in the hope of finding jobs in countries such as Germany, Britain, Argentina and Venezuela. (01.04.2013)

An abandoned tobacco factory in Madrid hosts an experiment in citizen-led culture creation. It may seem like an anarchic arts squat - but is actually supported by the state. (19.03.2013)

A 'Carrot Rebellion' to save Spanish culture

By raising taxes to erase Spanish deficits, opponents say Prime Minister Rajoy's government has gone too far. A 'Carrot Rebellion' is underway - its aim, to save Spanish culture. (12.12.2012)

Plan B: Youthful solutions to the crisis

DW presents a multi-media special on young people in five European countries who are redefining their lives with bold ideas and creative projects.

Listen to the report by Ashifa Kassam in Madrid

The bestselling author of 'The Famous Five' and 'The Magic Faraway Tree' series is a polarizing figure. DW's Brenda Haas is a fan — with reservations.