Achenbach trial: a confession in tears

German art dealer Helge Achenbach is accused of defrauding one of the country's richest families of tens of millions. Achenbach appeared in court and gave his first statement on Monday. 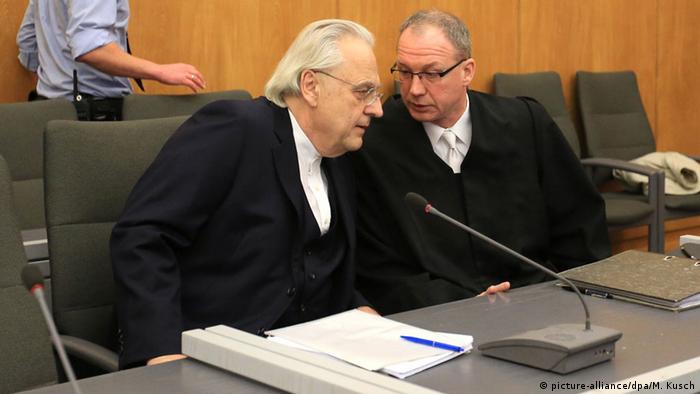 Helge Achenbach, 62, who has been in pre-trial detention for about six months, has denied the accusations against him, which carry a maximum jail term of 10 years. However, during today's court hearing, in his first official statement, Achenbach admitted to some of the allegations.

“I needed money and I let myself be tempted to take not-agreed upon bonuses,” he said. “In addition to the regular five percent, I charged him extra. That was a great mistake.”

A prominent art dealer from Dusseldorf, Achenbach was obviously nervous and emotionally distraught. “I want to apologize to the Albrecht family and their heirs,” Achenbach added.

The “Kunstpapst” (art pope), as they call him in Germany, burst into tears and the hearing had to be temporarily delayed.

Prosecutors accuse Achenbach of more than 20 counts of fraud, as well as charges of forgery and breach of trust, in the trial that started last month Essen.

The state charges that he defrauded the late Berthold Albrecht, heir to the Aldi Nord supermarket empire, of 22.5 million euros ($27.7 million) in the sales of 14 artworks and nine cars, by deceiving his client about the original purchase prices. Achenbach is also accused of having defrauded two other wealthy customers in art deals, the court said.

In the hot seat with him is a former business partner, identified by the court only as Stefan H. in keeping with German reporting rules for criminal defendants.

In a separate civil case, before a court in the defendant's home city of Dusseldorf, the family of supermarket tycoon Albrecht, who died in 2012, is suing Achenbach for almost 20 million euros in damages.

The Essen court has set an initial seven further court hearings through January 21.