Christa Wolf was one of the most important writers in post-war Germany, acclaimed in both the East and West. She passed away in Berlin at the age of 82. 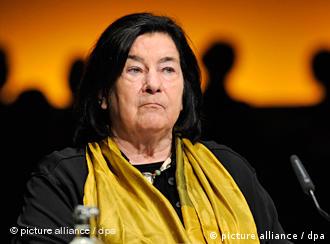 Wolf was one of Germany's most decorated writers

"Who am I really and what keeps me from being myself?" That theme was central to all of Christa Wolf's books and opens her 1968 novel, "The Quest for Christa T.," which launched her success across the border in what was then West Germany.

In her native East Germany, Wolf was already well established. Her 1963 novel, "Divided Heaven," a love story that spanned the inner German border and subtly criticized the communist regime, rocketed the young author to the pinnacle of socialist literature.

However, when she made an appeal against the newly enforced censorship in 1965, she fell out of favor with the finicky regime and her success in the East was cut short.

Wolf's books became rare in East German bookstores. But she continued to be held in high esteem in the West and her 1976 novel, "Patterns of Childhood," became a true classic across both Germanys.

The story of the Jordan family during the Second World War paralleled Wolf's own life. She, like her protagonist Nelly, was born in Landsberg an der Warte in 1929. "Patterns of Childhood" was the first East German novel to deal personally and self-critically with its own Nazi past. 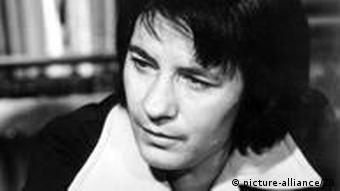 "It's one of those books or topics that I always knew that I would write about some day," Wolf once said in an interview. "And one day you have the feeling: now is the right time." It took 25 years of wrestling with the issue before she was ready to address it, added the author.

'I loved this country'

The feminist-minded women of the 1970s and 1980s, in particular, could identify with Wolf's novels. Women were in the spotlight as outsiders in a world ruled by men. Wolf focused on literary figures like Christa T. and Nelly Jordan, on mythical women like Cassandra and Medea, and the poet Caroline von Günderode in her 1979 novel "No Place on Earth."

Long before the fall of the Berlin Wall in 1989, Christa Wolf had become the first true German-German writer: She had won national literature prizes in East Germany, received the Georg Büchner Prize in West Germany, and was a member of the Academy of the Arts in both the East and West.

The East German regime allowed Wolf a great deal of freedom in her work and in travel rights, knowing that - despite her public defense of political dissidents like singer-songwriter Wolf Biermann - she would remain faithful to the socialist ideals she believed in herself.

Even after fall of the Wall, Wolf called for the preservation of the East German state as the better, socialist Germany. "I loved this country," she said of it, after it ceased to exist. 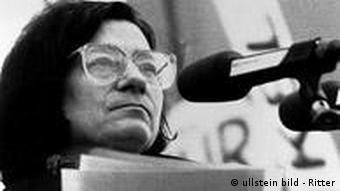 In 1990, she published her 20-year-old manuscript, "What Remains," an everyday account of the spy and surveillance system in East Germany, thereby opening up a widespread debate over Wolf's own complicity with the Stasi secret police.

It finally came to light that she had been a Stasi informant in the early 1960s, and she lost her political credibility in the West. Her later books, like "In this country. Elsewhere" and "Medea," weren't received quite as well as her earlier works.

With reunification, Wolf had lost the shine of the German-German star she had been. She wasn't politically correct enough for the public. But that didn't bother her.

"I have the life that suits me," Wolf said in an interview on her 70th birthday.

Most recently, in 2010, Wolf published her book, "City of Angels," a kind of sequel to "Patterns of Childhood" which deals with her life after German reunification and the exposure of her work for the Stasi as an informant with the codename Margarethe.

Christa Wolf passed away on Thursday, December 1 in Berlin at the age of 82

Christa Wolf, one of the most famous writers of the former East Germany, has won the Thomas Mann Prize. Although she was the target of Stasi spying, Wolf remained faithful to East Germany until reunification. (24.10.2010)

Building bridges with the pen and the ball

National soccer teams consisting of writers exist in numerous countries. They are kicking it in Italy, Finland, Sweden, Israel, Saudi Arabia, Turkey and - of course - in Germany where they have been at it since 2005. (24.11.2011)

The Day of the Imprisoned Writer aims to recognize writers who resist the repression of the freedom of speech. The international P.E.N. organization is particularly active in helping those persecuted for their writings. (15.11.2011)