Thousands of people are hastily exiting Cameroon's conflict-torn Anglophone regions as repercussions of the jailing of separatist leaders by the Francophone-led government begin to take hold. 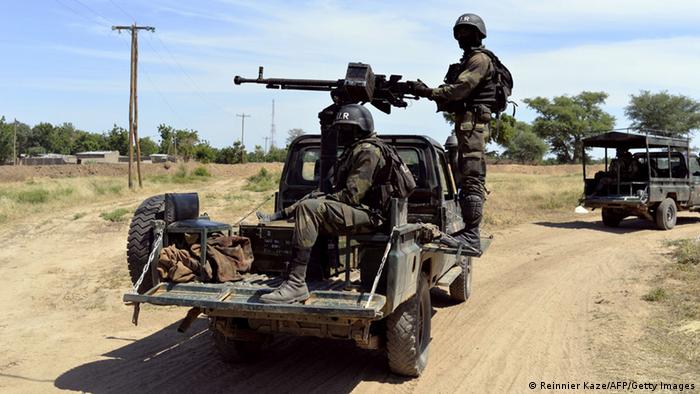 Separatist factions demanding the release of their leaders have begun locking down the north-west and south-west regions and urging a boycott of a ‘back to school' campaign supported by the Francophone-led state and civil society groups.

Thousands of people have already fled their homes in cities like Bamenda, Buea and Kumba - at the epicenter of the conflict. Some have sought to hide out in the bush to escape the wrath of both the security forces and armed separatists.

The military court ruling in the case of Julius Sisiku Ayuk Tabe, the president of the self-proclaimed Ambazonia and several, sparked renewed fears of an escalation in the violence.

As many as half a million people have fled their homes in the Anglophone regions since a crackdown on anti-government protests by English-speaking lawyers and teachers deteriorated into an armed separatist struggle in 2016.

Separatist lockdowns have occurred frequently and schooling has been disrupted in the three years since the crisis started. A Swiss effort to bring the Anglophone separatists and Francophone-led government together for peace talks is still in the early stages.

Travel agencies in the cities of Bamenda and Buea have been crowded and chaotic as residents try to make arrangements to leave, mainly by road. Fares have doubled or even tripled in some instances.

Celine Tanui bought bus tickets for a trip to the city of Bafoussam in West Region, where she plans to enroll her three children in school. "The sentencing of Julius Sisiku Ayuk Tabe has worsened things here in Bamenda."

Tanui said she was shocked by the court ruling and the separtists' vow that schools will not resume until they are released.  "I have to carry my kids to the West so that they should go to school there," she told DW.

The exiled chief of staff of the self-declared Ambazonian interim government, Elad Kizito told DW the lockdown was already in place in various villages. "The Republic of Cameroon is trying to use the school resumption to deceive the international community that everything is normal and that things have been normalized in the so-called Anglophone region."

People who supported the Anglophone struggle are happy with the lockdown, while those who "live on the crumbs of the Republic of Cameroon" are disgruntled with it, Kizito said.

"Yes, it's painful, it's hard for the people. But we have made provision for those who are in dire need to be served in hospitals, childcare or emergencies." Emergency services would be available in major centers such as Buea, Bamenda and Victoria," he told DW.

What about those fleeing? "Those are not people who are not happy with the lockdown, those are people who have experienced the brutal terrorist republic militia in their houses. They now don't want it anymore and they are leaving."

Three years of no school

Eighteen-year-old Quiniva and her younger brother were among hundreds of people waiting for transport out of the region at Bamenda Motor Park.

"I paid for a ticket. They gave us assurance that a car is coming. For several hours, we have been in the park – no trace of any car coming," she said. The need to continue her education – three years of missing out on school prompted her to pack up.

DW asked the North West Region Governor Lele Lafrique Tchoffo Deben Adolphe about the boycott of the "back to school" campaign. "Showing them on Facebook, those devilish messages that people abroad who are not facing the realities – sending their children to school, enjoying life, celebrating marriages, going to the graduation of their children, showing on Facebook, asking our children here not to go to school.," he said.

The fear of violence, said Quiniva, is constant.

"We need to go to Yaounde because we are scared of the military because the military doesn't only attack you outside of the house. They even come and break into your home and attack you. So, nowhere is safe," she told DW.

The separatists too are feared in the region by the people they represent.

"We are also afraid of the "Amba Boys." We don't feel secure because the "Amba" themselves also kidnap people, they kidnap students, they kidnap teachers – and even cut off fingers,” Quiniva said.

Read more: Anglophone journalists in Cameroon fear for their lives

A coalition of human rights groups on 26 August made a submission to the United Nations Human Rights Council, calling on it to urge Cameroon to end the violence in the regions, attend to the people in need of humanitarian assistance, and investigate human rights violations.

"The crisis in the Anglophone regions of Cameroon is the most neglected in the world and increasingly neglected from within as journalists fear for their lives," Yonah Diamond, legal council to the RWCHR, is quoted as saying in the statement.

Atrocities linked to Cameroon's security forces came into focus on 27 August, when seven soldiers were due to go on trial for killing two women and two children in the Far North. The  soldiers were identified in a video footage of the incident that went viral in mid-2018. 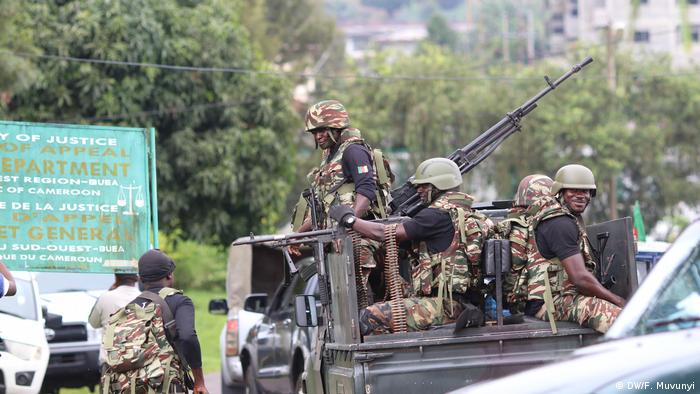 Amnesty International has documented cases of human rights violations committed by security forces in Cameroon for years.  Such violations, according to the international human rights watchdog, are taking place in the Far North in particular and at a lower level in the Anglophone south-west and north-west regions.

"Not all of the security forces are massively violating human rights. They are playing a very important role in protecting the population. But there are several cases of torture, of extra-judicial killings, of arbitrary arrests that we have regularly denounced," Samira Daoud, Amnesty's Deputy West  and Central Africa Deputy Regional Director, told DW.

"This trial of soldiers for the killing of women and children in the Far North, for us, is a very important step because it is an admission that these violations are indeed occurring."

"Cameroonian authorities need to draw a line and show that no army personnel responsible for atrocities will now escape from prosecution."

Journalists belong in newsrooms not jail