In the English-speaking communities of Cameroon hit by a prolonged conflict, some children have not been to school for three years. Home schooling is an alternative for those parents who can afford it. 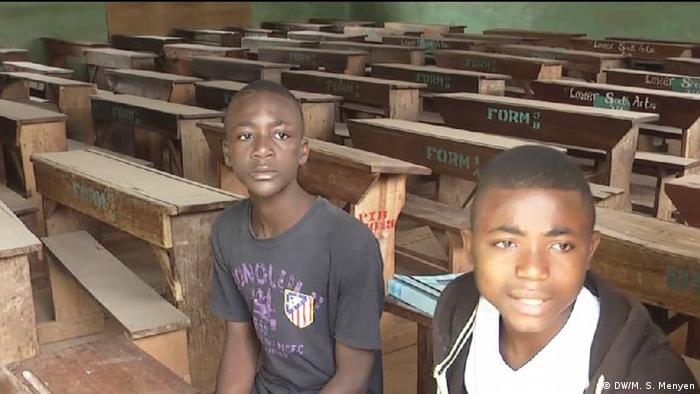 A private home in Bamenda, the capital of Cameroon's restive North West Region, has for over one year now been transformed into a makeshift classroom.

The ongoing conflict in the country's English speaking community has been a major security threat to schoolchildren. In 2016 Anglophone teachers and lawyers in the predominantly French-speaking country called for reforms in the legal and educational systems. That was the start of what is now a full-blown conflict.

Ndi, Stacy, Asumpta and Junior, aged between six and 12, haven't been to school for three years. Their parents hired a private tutor on Tuesdays and Thursdays to teach them maths and english. Their school, like most in parts of Anglophone Cameroon, is closed.

The children's mother, Augusta Nayah, sells rice, beans, soap and other food items. She earns about 90,000 Central African CFA francs (€137, $153) per month. She says hiring a private tutor is the only way to secure the future of her children. "I cannot sit and watch my children grow in illiteracy. There has been no school for three years now." Nayah and her husband, who is a civil servant, spend some FCFA 80,000 monthly to pay for the private lessons of the children. This leaves little money for anything else.

10 kilometres (6.21 miles) away from Bamenda, Joy, a single mother of three, runs a small shop in front of her home. Her three kids aged between 5 to 10 attended a school in Cameroon's economic capital, Douala, until she could no longer afford the tuition fees. They now attend a school five miles from home in Mankon near Bamenda.

Joy says she constantly fears for their safety. “I have to rush to the campus from time to time to ensure my kids are safe. They do not even go to school every day. When there is a lockdown, they stay at home," she says. "My prayer is for the crisis to end. The struggle can still go on with kids allowed to go to school and attend classes. Nothing is more important than education," she told DW. "If these kids continue to stay at home, the rate of teenage pregnancy will be alarming." 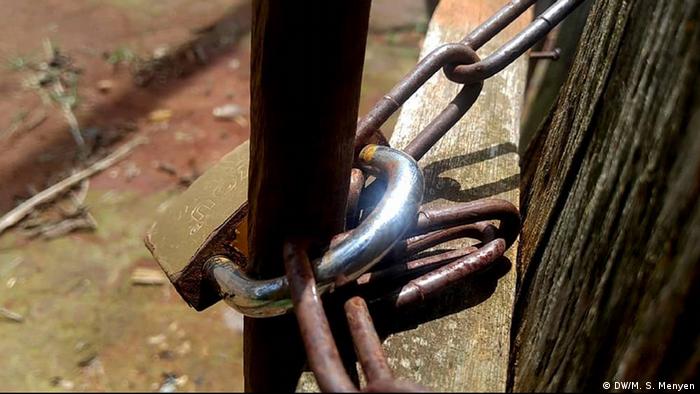 The Government Bilingual High School at Nitop has been shut for over one year.

The National Education Secretary of the Cameroon Teachers Trade Union, CATTU, Semma Valentine, described the impact of the crisis on young girls who have been out of school. "I went to about three health centers just around town here in Bamenda. I passed through the general hospital and realized that in a month they had registered close to three hundred pregnancies of children between the ages of 14 to 20," Valentine said.

In June 2019, theUN children’s fund, UNICEF put the number of schools destroyed at 74. It also said students, teachers and school officials have been exposed to violence and intimidation since 2018. More than 300 students and teachers were abducted and subjected to trauma by non-state armed groups.

"The targeting of education is putting the future of an entire generation of children at risk, children who, with the right support and opportunities, can build a more stable and prosperous future," the organization warned.

Valentine said the prevailing situation has led to falling standards of education and poor examination results.

"We are talking of close to three hundred thousand students who have been deprived of their right to education. When I look at basic education this year, only about four thousand kids wrote the common entrance and first school leaving certificate exams," he said.

"The North West region used to send in close to seventy thousand pupils for these exams. So you begin to see the enormity of students not going to school." 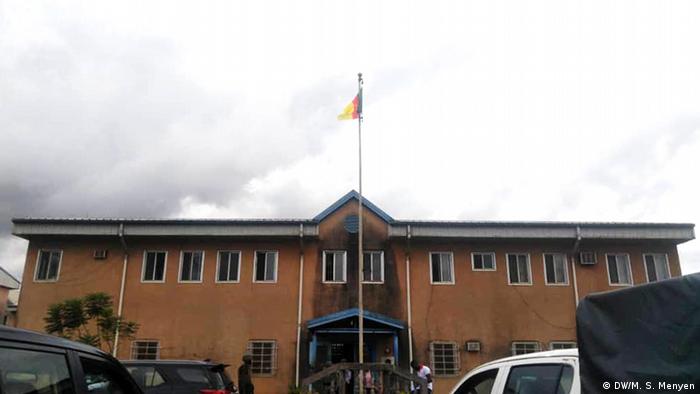 Several students were kidnapped from the Governement Technical High School Bamenda. They were only released after a ransom was paid.

NGOs are now organizing online lessons and Higher National Diploma courses for victims of the Anglophone crisis and other children.

The move, according to the initiators, is to allow indoor studies in a context where the civilian population is faced with growing resentment from state and non-state armed groups.

"The online courses are primarily meant for students in the North West and South West Regions who may have an internet connection," Feugueng Michel Aaron, founder of the Higher Institute of Technology and Management in Central Africa, said.

"I am a back to school advocate. I believe that the more days pass by, we are leaving our brothers and sisters uneducated and senseless. I am glad most people are now understanding the need to keep educating the kids, regardless of the crisis," Feugueng said.

Keeping up with online lessons has been a major challenge due to frequent power outages. Residents of Bamenda say electricity has been unstable for two months. "We go for three days and more in the dark. When electricity finally returns, it goes off after few hours," Stephanie, a student, said. "We barely study  or charge our laptops and other electrical appliances." 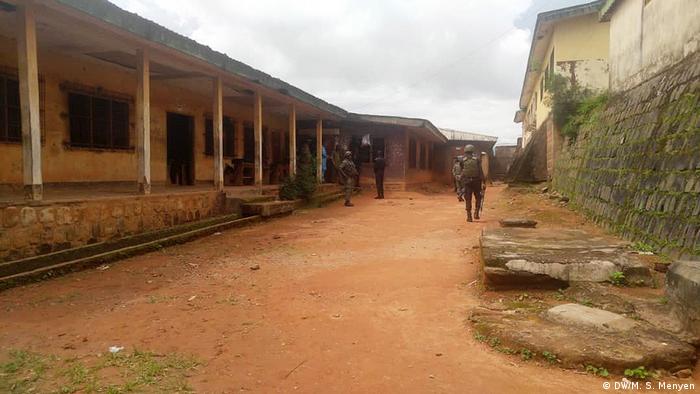 Background of the Anglophone crisis

In October 2016, English-speaking lawyers initiated a sit down strike to protest against the use of the French language in courts in the North West and South West regions.

The lawyers argued that the appointed Francophone judges, who operate under the French civil legal system, do not have a mastery of the common law legal system practiced in the predominantly English- speaking North West and South West regions.

The teachers accused the government of imposing the French language on schools and attempting to assimilate the English system of education.

Discussions initiated by the government to resolve the issue ended in deadlock. The Anglophone Civil Society Consortium, whose founders were spearheading the protests, was outlawed and members arrested.

The crisis gradually morphed into an armed conflict. 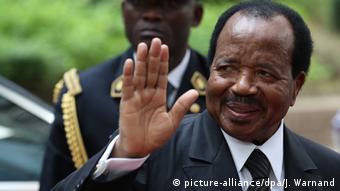 President Paul Biya has vowed to crush "terrorists" in the restive Northwest and Southwest regions.

No end in sight for the crisis

Another school year has just ended in Cameroon and it remains unknown for how long children across the Anglophone regions will be deprived of their right to go to school.

According to the teachers' trade union, the Northwest region alone has close to 550 secondary schools but fewer than 21 of them were effective throughout the 2018 /2019 academic year.

Jean Marie Ngong Song in Bamenda contributed to this report.

Cameroon’s Anglophone Crisis: How to Get to Talks?

Women and children bear the brunt of Cameroon’s conflict

Cameroon: North-West and South-West Crisis Situation Report No. 5 - As of 31 March 2019