'A new kind of torture' as Guantanamo detainees lose hope

On the 10th anniversary of the opening of Guantanamo Bay, Deutsche Welle spoke with the UK-based legal group Reprieve, which represents 15 Guantanamo inmates, about the lack of hope that now pervades the camp. 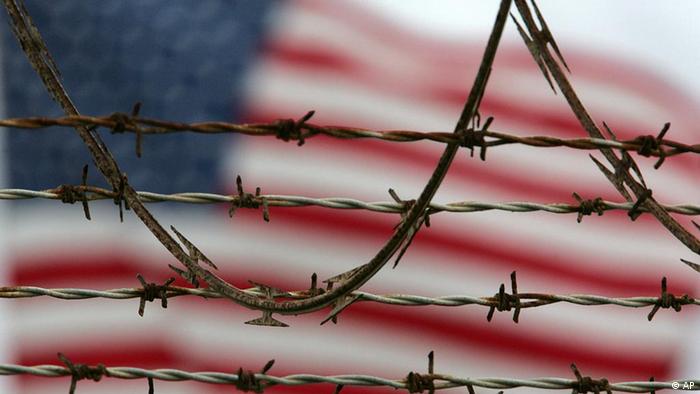 Guantanamo inmates have come from over 20 different countries

Wednesday marks 10 years since the opening of the US detention center for terrorism suspects at Guantanamo Bay. Many of those detained since 2002 have since been released, but 171 still wait in a state of limbo. Deutsche Welle spoke with Cortney Busch from the legal assistance group Reprieve.

Deutsche Welle: What are some of the main obstacles in the way of the release of the 15 detainees Reprieve represents?

Cortney Busch: There are two main problems with any Guantanamo case and not just our clients' cases. The first is that the US court system is quite poor regarding Guantanamo cases. In the last year or so we've seen judgments come out which make it incredibly easy for the government to win the habeas corpus cases [through which a prisoner could be released from unlawful detention], and those cases basically say that the government has the right to keep these men in Guantanamo. The problem with this is that the judicial system in the United States is meant to be independent, and we see time and again political pressure from Congress and from the executive branches filtering through to the judiciary. Basically, the judiciary is laying down and siding with the government on these cases. Because of this, the detainees' lawyers have decided to stay their cases until the legal situation improves.

Are there real hopes that the judicial situation may change to allow the advancement of these cases? 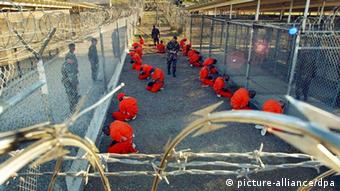 There are still 171 inmates being held at Guantanamo

Historically, Guantanamo cases in the US courts system have been cyclical - it's unfavorable at times, then it gets better, then worse again and so on. So we're hoping that we're in one of these troughs and that it will get better. For various reasons, such as the upcoming US election, we don't see that happening this year. Another reason is the legislation being put out in the US at the moment, such as the National Defense Authorization Act (NDAA), which President Barack Obama just recently signed. That makes it almost impossible to resettle men from Guantanamo and to use US funds to release the men. For instance, it's even made indefinite detention of American citizens legal.

Many of the inmates have come from countries such as Yemen, Afghanistan and Pakistan. Do you think the governments of these countries can do anything to press for the release of their nationals? Do they care enough to try?

I can't speak to whether or not they care. Publically, I'm sure they would say they do care about their nationals being held beyond the rule of law. The problem with countries like Pakistan and Afghanistan is that the US government views them as very unstable, countries where ex-detainees are likely to be approached by the Taliban or al Qaeda for recruitment, and so they're not going to be willing to send the men back to countries like that. You see this with Yemen, for instance. Of the Yemeni detainees, 57 have been approved for release but they remain in Guantanamo because Obama put a ban on transfers back to Yemen after the "underpants bomber" incident back in December 2009. So even though they're cleared for release, they don't have a home to go to because Yemen is viewed as too unstable to host them. And so the same will go for Pakistan and Afghanistan.

Could countries such as Afghanistan and Pakistan leverage pressure to see a release of their nationals from Guantanamo? 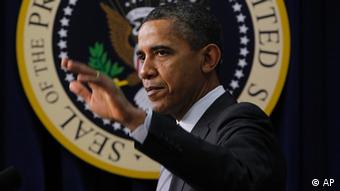 Obama has not yet fulfilled his promise to close Guantanamo

I think places such as Pakistan and Afghanistan have a lesser chance of applying that pressure and of being heard simply because the US views them as having unstable governments and of being unstable countries to return these men to. And these countries have larger problems in their view than applying pressure on the US to return their nationals. We do work with governments through our Life After Guantanamo project, which historically works with European governments to help negotiate places for detainees to go once they are released.

Considering there is little chance of these countries stabilizing over the next five years, do you think this is just an excuse used by the US to continue holding detainees at Guantanamo?

I would say it is an excuse. First of all, many of the men in Guantanamo just want to return to their families, lead a normal life, see their children, get a job. So to say they could begin committing acts of terrorism is a complete excuse. Places like Pakistan and Afghanistan are not going to be any more stable in a year or two and despite the fact that many of those still in detainment have been cleared for release, the US is not trying to find them other homes in other countries either.

How significant do you think it is that a handful of men released from Guantanamo have in fact rejoined groups like al Qaeda and the Taliban?

Well these are skewed figures that United States is putting out about recidivism. The problem with counting recidivism and men who have "gone back" to terrorism activities and terrorist groups is that, first of all, many of the men who ended up in Guantanamo had nothing to do with terrorism and many ended up there because they were sold to the Americans for bounties. So the problem with saying that they are reoffending, or rejoining these groups is that they were never offending in the first place. The other problem is that the US has an interest in representing recidivism rates as more significant than they are. The US has an interest in showing that the men held in Guantanamo are dangerous and that they were justified in keeping them there. We would say at Reprieve that that number is hugely lower than is being quoted by the United States. As I mentioned before, the vast majority of men in Guantanamo simply want to lead normal lives.

What effect do you think the existence of the Guantanamo Bay detention center, 10 years on, has had on anger in countries like Afghanistan and Pakistan towards to United States, and how do you think this relates to recruitment levels for groups like the Taliban and al Qaeda?

I don't think the US is doing itself any favors by keeping Guantanamo open or by, for example, operating drone strikes in Pakistan, simply because they are used as recruitment tools by terrorist groups. Detaining men for 10 years without fair trial has led to a lot of young angry men taking up the cause.

Do detainees still have a sense of hope that they will be released? 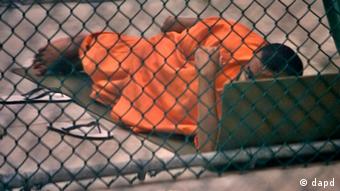 After Obama won office, there was an immense feeling of hope among the men in Guantanamo. Many of them had been following his campaign and were extremely happy when he was elected president. When he made the executive order to close Guantanamo, that was probably one of the happiest days in their lives for the past 10 years. Obviously, now that Obama has not met that deadline and they're still in detention, I think that has undercut any hope they had. The last time I visited Guantanamo, there was certainly a sense of desperation, a sense that there was no hope left, a sense than many men would take any opportunity they had just to leave the prison, and at the same time many felt there simply was no chance they would ever leave Guantanamo. So a new kind of torture has come to be within the last two years in that there is little to no hope after the NDAA.

Can detainees readjust to life after Guantanamo?

The vast majority of men in Guantanamo have their own chilling story, but I believe many can. I can tell you about one of our clients, Mohammed el Gharani, who was 14 when he was picked up by the Americans and detained. He is from Chad and because of his skin color was subjected to particular abuse in Guantanamo. So he grew up in this racist community and one of the ways the guards would taunt him was by using his skin color against him. His story is also quite bad because he spoke Saudi Arabic but was given a Yemeni translator. The miscommunication is essentially what landed him in Guantanamo. When he thought he was telling them where to buy salad and tomatoes, the translator was telling the Americans where he was getting money as though he was an al Qaeda financier. He has been released now but suffers many psychological and physical problems because he developed as a person in Guantanamo Bay.

Ten years of Guantanamo - and no end in sight

Ten years ago, the first detainees were transferred to the US navy base in Guantanamo Bay. President Barack Obama planned to shut the facility down one year after taking office. But it is still in operation. (10.01.2012)

German filmmaker Thomas Wallner's latest documentary, "The Guantanamo Trap," leaves lots of questions unanswered, which often feel like the act of an incompetent filmmaker. But in this case, just the opposite is true. (29.08.2011)

A German-Turkish man, who spent over four years imprisoned at Guantanamo Bay in Cuba, has claimed US guards regularly carried out medical experiments on inmates. The allegations follow revelations made by a US website. (03.03.2011)