A new book about comedian Jacques Tati shows the filmmaker had an eye for the future | Culture | Arts, music and lifestyle reporting from Germany | DW | 21.11.2019

The French film comedian made people laugh — and think. With his cinematic visions of the future, Jacques Tati was ahead of his time. A German publisher has now released volumes of his work.

It may come as a surprise that a German book publisher is making the archives of the famous French film comedian Jacques Tati available to the public. After all, cinema was invented by the Lumière brothers in 1895 in France, and the country has continued to treat film as a sacred art form — with Tati one of its brightest stars.

Tati is considered to be among the greatest humorists in film history, on par with Charlie Chaplin and Buster Keaton. The release of The Definitive Jacques Tati was made possible by the publishing house Taschen. The five-volume collection includes original essays, interviews, screenplays and hundreds of photographs, stills, letters, sketches, notes and production materials.

Founded in 1980 in Cologne, Taschen quickly became known for its high-quality art books and illustrated publications. In a league of its own, the publisher operates internationally and releases its books worldwide. The company often releases its film books in English, German and French, making them accessible to a global audience. 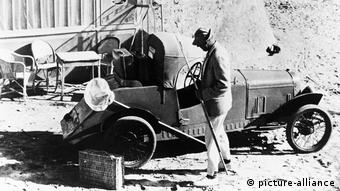 Jacques Tati is a comedian on par with Buster Keaton - here in a scene from the 1954 film "Mr. Hulot's Holiday"

The brand is known for its SUMO series of expensive, large-format special editions. In 1999, Taschen launched the series with a volume about the photographer Helmut Newton. An illustrated book about boxing legend Muhammad Ali and special editions on Chinese artist Ai Weiwei, supermodel Naomi Campbell and photographer Sebastião Salgado were also highly successful.

Lavishly designed books about film directors have also been part of Taschen's legacy, and the Tati release is sure to be a hit. Two versions of the comedian's books have now been published: a standard one and a Collector's Edition limited to 112 copies. 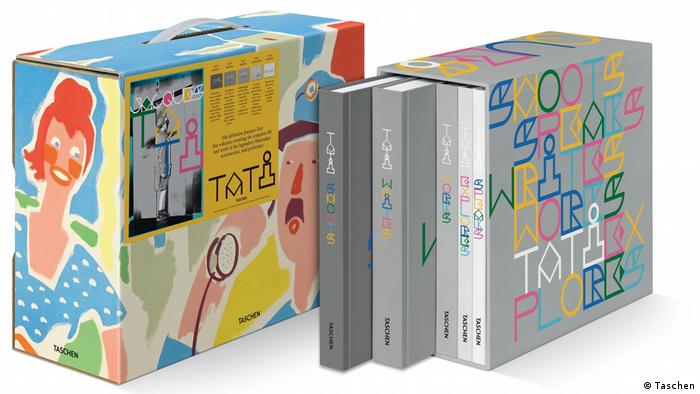 The new publication features everything from essays to screenplays.

Taschen has also been criticized for some of its publications on filmmakers, most notably that of German film director Leni Riefenstahl for her proximity to the Nazi regime. But despite the scandals, Taschen continues to demonstrate how a book can be transformed into a work of art.

Not only a gifted humorist, film comedian and entertainer, Jacques Tati was also a cinematic visionary. If one were to commission a filmmaker today to portray the transformation from the analogue to the digital ages, he would be a fitting choice. In his last feature film Traffic (1971), he even predicted the conundrum of relying on the automotive industry amidst a climate change crisis.

But despite all the gloomy scenarios that Tati designed for the screen, he was always sure to do one thing: make people laugh.

Naomi Campbell through the years

Her name has been synonymous with beauty for nearly 3 decades: supermodel Naomi Campbell. A new photo book by German publisher TASCHEN celebrates the British beauty icon and shows that she’s more than just a pretty face. (04.05.2016)

Although he passed away in 1982, the world is still laughing at Jacques Tati. Now, the Taschen publishing house has released a collection of his work, including essays and film stills. (21.11.2019)