A look at Trumponomics and its possible economic impact | Business | Economy and finance news from a German perspective | DW | 09.11.2016

A look at Trumponomics and its possible economic impact

Americans have elected Donald Trump as their next president. The Republican has pledged a radical overhaul of the country's tax and trade policies to boost growth and create jobs. But will they work? 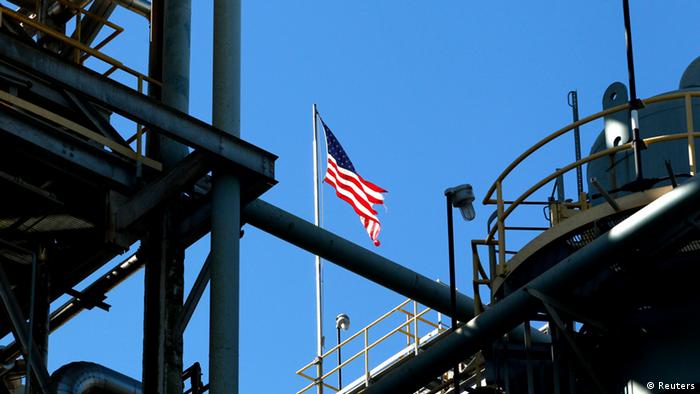 Let's take a look at Donald Trump's tax policy first, as it's not uncommon for US leaders to make attractive pledges on the tax front in a bid to reap electoral benefits. Over the next four years now, Americans will see how far Trump will be able to fulfill his promise of a drastic overhaul of the country's tax system. During the campaign for president, the Republican leader vowed to implement a huge tax cut, the biggest in decades, should he win the race.

The plan foresaw US citizens paying income taxes at rates of 10, 20 and 25 percent, depending on their total income. It's touted as reducing the tax burden on both low- and high-income earners at the same time.

Americans earning less than $25,000 (22,600 euros) a year and couples making below $50,000 would pay no taxes on their income, while the top tax rate for high earners would drop from the current 40 percent to about 25 percent, according to the plan.

If Trump manages to get his tax reform through Congress, over half of approximately 120 million US households will no longer have to pay any income tax from 2017 onwards. That's, however, not the entire story; Trump's proposals also include slashing the US corporate tax rate from the present 25 percent to 15 percent and completely abolishing the inheritance tax.

Given the radical overhaul these measures would entail, it's no wonder that many experts are worried about the immense impact they would have on US public finances, as a consequence of the significant loss of tax revenue that is estimated to occur.

Depending on how rigorously Trump implements his policy, it's expected to result in a loss of tax revenue in the range of between $2.6 trillion and $3.9 trillion over the next 10 years, warned the Tax Foundation, a Washington-based think tank.

But economic advisors to the future US president argue that these tax cuts could be compensated by closing the loopholes with the help of which US corporations like Apple, Amazon and General Electric have been able to avoid paying, completely legally, billions of dollars in taxes to US authorities. In addition, Trump advisers like Wilbur Ross and Peter Navarro reckon the proposed tax cuts would boost the economy and contribute to a higher tax intake.

After taking over the reins of the world's largest economy in January, Donald Trump's administration is widely expected to closely scrutinize all the trade deals the US has inked in the past. During the campaign, Trump repeatedly lambasted the North American Free Trade Agreement (NAFTA) between the US, Canada and Mexico, criticizing that the pact had had a negative effect on the American economy and workforce.

Trump or Clinton - whom does Wall Street favor?

Days before Americans go to the polls to elect a new leader, investors seem concerned and not particularly enthused by the two presidential contenders. DW examines the reasons behind their anxieties. (04.11.2016)

Hillary Clinton and Donald Trump intensified their respective campaigns on the final day before the US elections. The two candidates had some harsh words to say about each other with less than 24 hours to go. (07.11.2016)

Mocking NAFTA as the "worst trade deal in history," Trump pledged that he would negotiate better terms with Mexico and Canada, and if they didn't agree, he'd pull out altogether.

Meanwhile, the Trans-Pacific Partnership free trade deal involving the US and 11 other Pacific Rim countries is unlikely to ever be ratified under President Trump. Likewise, the Transatlantic Trade and Investment Partnership (TTIP) - a massive free trade pact under negotiation between the US and the EU - will be shelved.

At the same time, access to the US market is expected to become harder for countries like China, South Korea and Japan, with high import duties already being mulled on products coming from these Asian export powerhouses.

Only in this way, Trump says, could the US counter the unfair competitive advantages countries like China enjoy by manipulating their currency exchange rates.

The German economy, too, faces uncertain times following Trump's victory. That's because of Germany's increasing reliance on the US market to maintain its own growth after a weakening of the economies of its European neighbors as well as a slowdown in China.

In 2015, after more than 60 years, the US overtook France to become Germany's most important export market.

German firms exported goods worth 114 billion euros to the US, representing 10 percent of the European country's total exports. At the same time, it imported goods valued at 60 billion euros from the US, corresponding to some 6 percent of all German imports. The figures also show that Germany enjoys a massive surplus in its trade with the US.

Over 1 million jobs in Germany rely either directly or indirectly on exports to the US. And US firms operating here have created a further 630,000 jobs in the EU nation. For instance, McDonald's alone accounts for about 58,000 jobs in the country, while companies like Manpower and Ford have tens of thousands of employees based here.

For their part, German companies too employ hundreds of thousands of Americans in the US. The US subsidiary of German logistics firm Deutsche Post, DHL, is the largest employer in the country, with some 77,000 Americans on its payrolls. It's followed by Siemens with some 70,000 workers, car supplier ZF with about 62,000 and automaker Volkswagen with around 60,000 employees.

US election has German companies on edge

German companies have invested more than 271 billion euros in the US, be it in factories or real estate. While more than 3,700 German firms are present on the US market, the largest 50 among them alone generate revenues of around $400 billion annually.

US companies, too, have invested billions in Germany, and the top 50 American firms active in the country have revenues worth some 170 billion euros.

Although a President Trump will probably not have any objection to the deep economic ties between the US and Germany, he is likely to turn focus on the sharp trade imbalance between the two nations.

The fact that Germany exports almost twice as many goods and services to the US than it imports has been a bone of contention between the two sides for years – under both Republican and Democratic administrations.

And with Donald Trump now on his way to the White House, discontent with Germany's huge trade surplus with the US is likely to rise once again.