A life under suspicion

Semiya Simsek, daughter of the first victim of the NSU terror cell, has written her autobiography. Ahead of the trial of accused terrorist Beate Zschäpe, she feels abandoned by the German state. 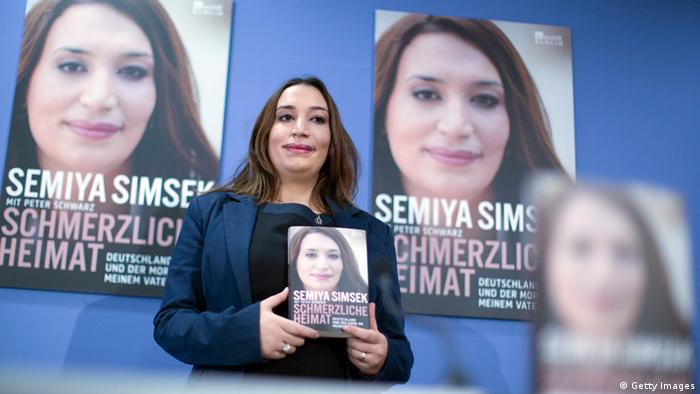 It's just a little detail that editor Wilhelm Trapp mentions, but it tells the whole story. As the publisher prepared the memoirs of Semiya Simsek for publication, he wanted to illustrate their story with some family photos.

Simsek, who now lives in Turkey, is the daughter of Enver Simsek, the Turkish florist who in 2000 became the first victim of the far-right National Socialist Underground cell. In the book she has written down her family history, but could not provide any pictures. The police had seized all the family albums - and have so far only returned a few pictures.

'Even worse than the memory'

Simsek has already told the story of the "second murder" of her father - what she calls the period between his death in 2000 and the accidental discovery of the right-wing terrorist cell. She spoke for the families of the ten victims at a memorial ceremony, which took place eleven years after the death of her father. She described life under suspicion, the doubt and mistrust that the family encountered from the public and the authorities. 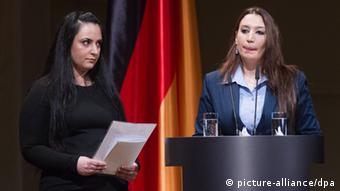 "That my father may have been just a victim was not simply considered," Simsek said bitterly.

Meanwhile, as co-plaintiff she has gained access to the files. This did not come as a relief to Simsek. On the contrary: today she says, "it was all even worse than we had remembered." That's because the records document all the suspicions and allegations the family has faced for years. New details have also been revealed, such as the fact that her mother was wiretapped for years.

The justification given was because the family had allegedly not told the whole story. "I could hardly believe it." Simsek said.

Her book is called "The Painful Homeland." It is about a happy childhood in eastern Hesse, which ends when her father is murdered. Her youth is then marked by suspicion and doubt. 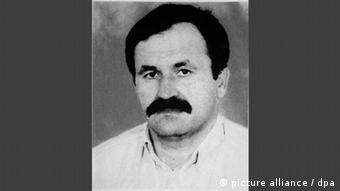 Enver Simsek was the first of the NSU's victims in 2000

It is a loving family Simsek describes, and a successful one. Her father – who called her "little princess" – started as a flower seller at a stand and worked his way up to a flower wholesaler. He travelled once a week to the Netherlands for the flower auction, bound his bouquets, and eventually delivered to many flower shops in the small town of Schlüchtern and its surroundings.

The family was wealthy, but Simsek's father still worked at one of his flower stalls on the weekend – one of several - on a highway exit. If Semiya is missing something from her childhood, it is that her father had less and less time the older she became. It is a story that people actually like to hear in Germany: an immigrant who worked his way up with talent and hard work. It is, as Simsek Trapp formulates it, "a German career."

Policemen in the hospital corridor

On the day Enver Simsek was murdered, he had set up his flower stall on the A9 motorway junction, near Nuremberg. The police found him shot in his van. Semiya Simsek, who was attending a boarding school, was roused out of bed at night and taken by an uncle to the hospital, where her father is in a coma.

Even before she is with him, she is stopped by a policeman who asks the 14-year-old girl if her father carried a weapon or if he had enemies. From Simsek's mother, the investigators later wanted to know whether her husband had a mistress, inquired about marital problems, and asked if the couple had had sex regularly.

"The whole thing was hard to bear for us. We were the suspects," Simsek said. Again and again, there was speculation about a Mafia background, suspected drug dealing, gambling debts. "To be honest: here and there, we began to have our doubts," Simsek added. 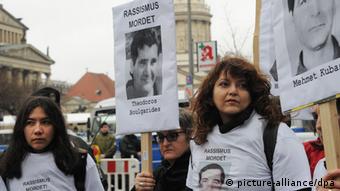 Memorial event for the victims in Berlin, February 2012

The press conference hall is full as Semiya Simsek presents her book. A wall of cameras shields her and her lawyers from the journalists. Simsek seems tense, at first reading from a prepared text with a somewhat sharp voice. In a month, the trial of the only survivor of the alleged terror trio, Beate Zschäpe, is set to begin.

Simsek will represent her family as a co-plaintiff. She wants to ask the accused questions: Why our family? Did the terrorists ever think of the families of their victims? She wants to ask these questions herself, because they are personal issues, but also because she does not trust the prosecution.

"I do not want to let the authorities give me short shrift," she said. She is disappointed in the German authorities. She had expected greater effort in solving the crime and especially more attention to victims, she said. She would have liked representatives of the government, or the committee of inquiry, to have contacted her once to inform her about the status of the investigations.

In the meantime, it must be said, the Higher Regional Court of Munich has not given the impression that it is aware of the sensitivity of this process - either to the public or to the victims' families. 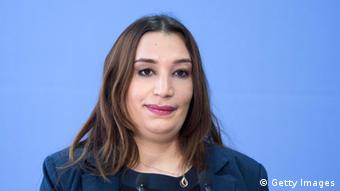 In the hall where the hearing is to take place, only 100 places are available for journalists and visitors. The request of the Turkish ambassador to reserve a place as a trial observer was dismissed. A suggestion by the family members to show the proceedings on a screen so they could follow them in another room was dismissed as inappropriate. The trial is not a "public sports viewing," a spokeswoman said.

A journalist asked Simsek whether she could imagine living in Germany again. "Of course," she said. "Germany is my home." And she then spoke of trust: "If the trial goes the way I imagine it, I could trust this country again. I want to be able to proudly say I 'am German, and here we have justice.'"