A drag queen's quest to save Dresden

Transvestite DJ Lara Liqueur has launched a campaign to become mayor of Dresden. She plans to mend the political rifts plaguing her home town with free schnapps and free advice: lighten up. David Crossland reports. 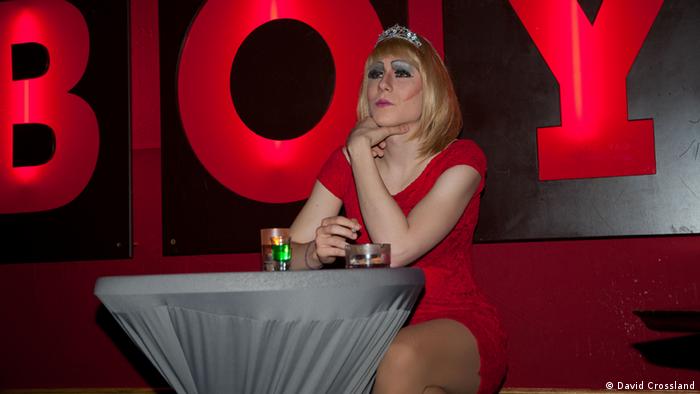 Her role models are Angela Merkel and Lady Gaga and there's definitely a touch of Marlene Dietrich in those heavy-lidded, sultry eyes.

Lara Liqueur, a professional DJ and Dresden's premier drag queen, is running for mayor of her home town with a husky pledge to heal its wounded soul, tormented by weekly anti-Muslim demonstrations and memories of its wartime destruction.

"I want to be Dresden's agony aunt, its Mutti, its best friend, I want everyone to come and cry on my shoulder and then feel better about everything," Ms Liqueur told DW over a luminous green schnapps in the darkly elegant Boys Bar in Dresden, delicate plumes of cigarette smoke playing around her long lashes.

She is standing for Germany's joke party Die Partei, which famously campaigned to rebuild the Berlin Wall and scored a coup last year when its leader Martin Sonneborn, the former editor of satirical magazine "Titanic," won enough votes to become a member of the European Parliament.

Her campaign platform is bold. It includes dismantling the Frauenkirche, destroyed in the war and rebuilt after unification to symbolize the city's rebirth. If she wins on June 7, the proud dome of the church will be first to go, permitting a glorious summer of rave parties in its hallowed walls. 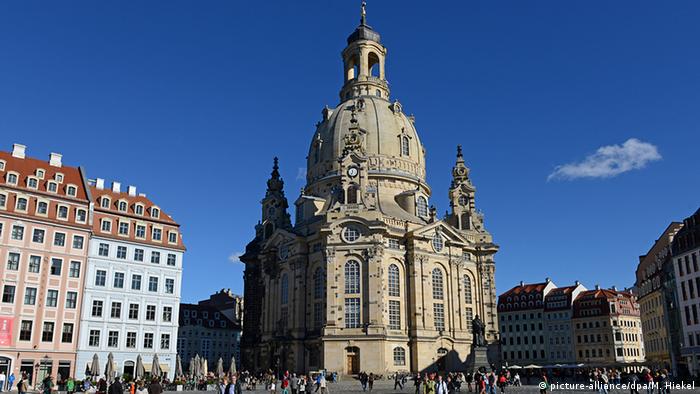 The Frauenkirche - plenty of space for raves

"Open-air events draw bigger crowds and the acoustics are never as good with the roof on," Ms Liqueur, bestowed with a confidence that belies her 19 years, said in a deep, deadpan voice, tugging at her short red dress which had a habit of riding up her long legs during the interview.

"We'll restore it to its post-bombing state. And the stones will be used to rebuild the Berlin Wall, but that's not my department. That's national party policy. Herr Sonneborn's in charge of that."

She has been savoring the media attention since her candidacy was announced two weeks ago. Even "Bild," Germany's best-selling tabloid, has run a story on her.

Some commentators say Lara Liqueur may be just what the bitterly divided city needs right now. Its reputation has suffered from the emergence of PEGIDA, an anti-Islam movement that has shaken up German politics with claims that the country is being overrun by Muslims and which still attracts thousands of people to its rallies every Monday. Thousands have taken to the streets to counter it.

"The [PEGIDA] demonstrators' demands are so unclear that it's difficult to engage in constructive debate with them," said Mark Arenhövel, a political analyst at the Technical University Dresden. "Attempts to do so have failed. It's legitimate to criticize and be angry about many things, but the movement remains very strongly marked by prejudice. Perhaps we just have to live with the phenomenon and deal with it through satire. A touch of irony would definitely be good for our political culture. Although there is a risk it could lead to further polarization."

Dresden, in the former communist east, has a sizeable far-right voter base, attributed in part to an enduring sense of trauma caused by the Allied air raid that destroyed the fine baroque city in February 1945.

In an apparent attempt to woo the far right, Die Partei has opted for a starkly Teutonic, black Gothic typescript in its campaign logo for Dresden's next "Oberbürgermeisterin."

"Lara Liqueur is the only one who can save Dresden's tattered image," said Die Partei leader Sonneborn. "One of our first measures will be a general ban on demonstrations by idiots. There are far too many demonstrations in eastern Germany anyway. That's not what we tore down the Wall for." 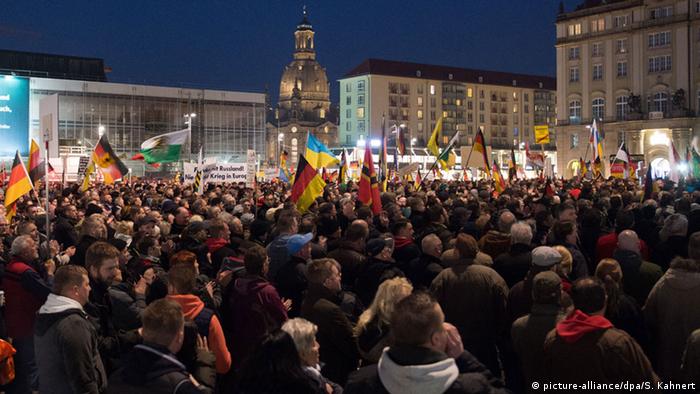 PEGIDA, short for Patriotic Europeans Against the Islamization of the West, remains largely confined to Dresden, even though smaller rallies have been held in other cities. The movement was all but written off in January after its founder, Lutz Bachmann, resigned over pictures showing him posing as Hitler and fellow leaders defected to set up a rival group. But Bachmann has returned to PEGIDA, and an estimated 6,500 people attended its last demonstration on Monday. The large numbers still willing to associate with him and with the more blatantly far-right core of the protest have come as a surprise, said Arenhövel.

But Ms Liqueur is above politics. She sees everyone of every color and creed as a potential admirer.

"I have only one message for PEGIDA: Vote for me! I'm running for office to give Dresden back its dignity. We may have culture all around us but it's all limited to ancient pictures and buildings. For me, culture is when 200 men get drunk and have a great night."

What the city needs now, says Ms Liqueur, is schnapps, and lots of it. Peppermint schnapps, cherry schnapps, ouzo, her personal favorite sambuca, whatever it takes to get the burghers of this troubled city to lighten up.

"We'll have something for every taste. It's so much easier to talk to people when they've had a few schnapps. You can sit down with anyone of any background or religious faith or political persuasion and have a nice chat, what's to stop you? I could even have a drink with Lutz Bachmann."

Who knows what might happen if she did? After all, according to an estimate by Die Partei, one citizen of Dresden falls in love with Ms Liqueur every 11 minutes.

No opinion polls have been released since her bid to succeed incumbent mayor Helma Orosz of the conservative Christian Democrats became public. It would appear unlikely at this stage that the staunchly conservative city would elect a transvestite from a satirical party, but don't tell that to Ms Liqueur, who's already looking forward to a "sexy chauffeur" and expenses-paid trips to Dresden's twin cities.

"By June I'll have 100 percent backing. More than 100," she declared, carefully buffing up her hair. "You see, there's really no alternative to me."

Salafists and PEGIDA in Wuppertal: A perfect storm of protests

The urge to yawn can be contagious, although it's hard to say why. Watching rival protests unfold Saturday in Wuppertal, one could almost say the same about the urge to demonstrate. DW's Gabriel Borrud was there. (15.03.2015)

Seventy years ago, Allied bombers attacked Dresden, killing tens of thousands of people, the majority of them civilians and refugees. Every year, the East German city remembers its dead. DW's Naomi Conrad was on hand. (13.02.2015)