A decade after enlargement, EU struggles to find direction amid Ukraine crisis | Europe| News and current affairs from around the continent | DW | 01.05.2014

A decade after enlargement, EU struggles to find direction amid Ukraine crisis

In 2004, many European policymakers believed that the EU's eastern expansion would end the legacy of Cold War divisions. Today, the crisis in Ukraine has raised doubts about the vision of a free and whole Europe. 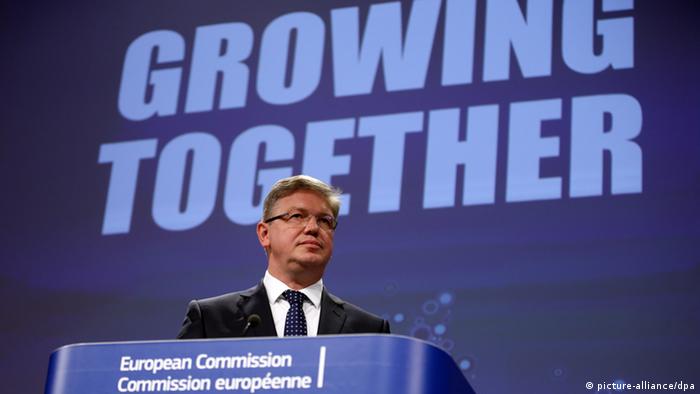 Stefan Füle grew up behind the Iron Curtain in former Czechoslovakia. Today, he serves as the European Union's enlargement commissioner in Brussels. Füle fondly remembers the moment when his country, once a Soviet satellite, joined the EU a decade ago. At the time, he was the Czech Republic's ambassador to the United Kingdom.

"It's a very special moment, if you think that what happened 10 years ago actually brought me here today," Füle said during a press conference in Brussels.

The integration of the former communist countries in Eastern Europe and the two Mediterranean islands of Malta and Cyprus was, in hindsight, a total success - both politically and economically, according to Füle.

The EU's former enlargement commissioner, Günter Verheugen, organized what's referred to in Brussels as the "Big Bang." That's the moment when 10 new member states were admitted to the bloc at the same time on May 1, 2004.

According to Verheugen, it wasn't easy to convince all of the old member states that EU enlargement was in their interests. France, in particular, was concerned that eastern expansion would shift the EU's balance of power in favor of Germany. But the admission of the eastern European countries was necessary in order to overcome the historic divisions of the Cold War, said Verheugen.

"I never viewed the young democracies in Central and Eastern Europe as beggars knocking on our door," he told DW. "I thought that we had a historic responsibility to those countries. It was not a question of economic interest, rather, it was a question of historic justice. Those countries did not voluntarily choose to reside behind the Iron Curtain."

Poland gains the most

At the end of the day, everyone has profited from the expansion, both the old Confidence in the EUas well as the new members states, according to Janis Emmanouilidis at the European Policy Centre.

"But Poland has profited in particular, both economically as well as in terms of its political position," Emmanouilidis told DW. "Poland is the leading power in the region and is growing in importance within the EU as a whole."

In hindsight, Verheugen would have handled some aspects of the expansion differently. There should have been a greater emphasis on the rule of law and stronger protections for minorities such as the Roma, he said.

Even back in 2004, the Kremlin grumbled about the expansion, especially because, according to Heugen, the Baltic countries - which were formerly Soviet republics - became EU members. But Moscow recognized that it needed stable countries in its neighborhood and that a neutral buffer zone between the EU and Russia was not possible, he said.

"The European expansion of 2004 and 2007 did not do any damage for European-Russian relations," Verheugen told DW. "These problems came much later, when we began considering how we should interact with the countries in our eastern neighborhood - above all, Ukraine."

Brussels has already mapped out the road ahead. All of the countries in the Western Balkans have in principle received a promissory note from the EU that they will become member states at some point. But the timing is unclear. On Wednesday, Stefan Füle said he hoped that Albania would become a candidate for admission this summer. Meanwhile, Serbia is already negotiating membership with the EU.

Although Turkey has been a candidate country since 2005, the negotiations have been stalled for years. And last February, Iceland officially moved to withdraw its bid for EU membership.

Georgia, Moldova and Ukraine are all seeking closer ties with the EU. But whether or not these countries in the "eastern neighborhood" should become full-fledged members is a disputed question. Emmanouilidis with the European Policy Centre believes that in the case of Ukraine, a clear majority opinion either or for against membership must first emerge in the country before any decision can be made about the future.

"The country is divided internally," he said. "For many, Europe represents hope, for others, less so. And next to Ukraine's internal problems, there are also bigger external ones with Russia. A lot still has to be worked in order for us to decide how we proceed at the given time."

In the coming years, the EU could grow from 28 member states to 35 or more. That will not make the democratic bloc any easier to manage. Making decisions will become more complicated, but not impossible, according to Stefan Füle. The EU sill offers orientation to young democracies and countries in transition, the enlargement commissioner said. 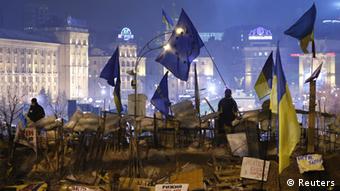 "I think it's an extremely valuable thing, and if that knocking stops, it might be too late to sound the alarm bell that something is not going right as far as the European Union [is concerned]," he said.

But former enlargement commissioner Verheugen is concerned that the EU, in its current form, will not be in a position to admit new members in the future. A decade ago, there was the widespread view that the EU was a project aimed at promoting piece and prosperity. But today, many Europeans no longer find that narrative convincing.

"For the first time since I've been politically conscious, I am worried about the future of this project," Verheugen said. "The centrifugal forces are very, very strong."

There's no longer a consensus on which direction the EU should take, he added. And unfortunately, the member states are developing further and further apart in terms of both economics and politics.

"Up until now it has held together, but you can hear and feel it groan in pain," Verheugen said.