A dammed future for Danube′s giant fish? | Environment| All topics from climate change to conservation | DW | 01.04.2015

The huchen - or Danube salmon - was once widespread throughout the Danube basin. But its natural habitat is shrinking as rivers are channeled for shipping and dammed for hydroelectricity. 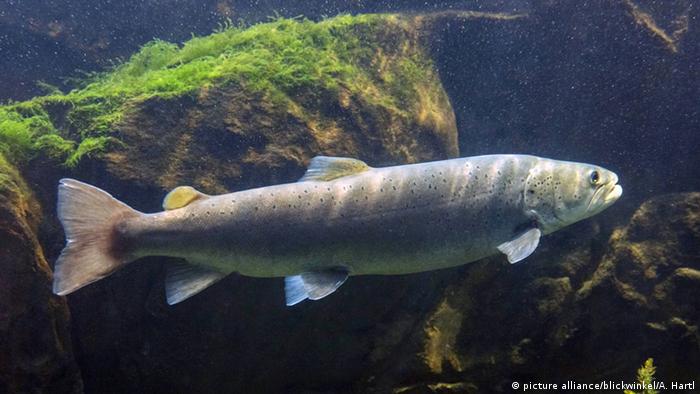 On a shallow gravel bar on the banks of Slovenia's fast flowing Sava River, a small group of people wade into the water with a bucket full of fish. If it was their catch from a morning's angling, it would be an impressive one: six sleek huchen, or Danube salmon (Latin name Hucho hucho).

But these fish are bound for freedom rather than the dinner plate.

The Huchen has come under threat by a massive hydropower development plan for Balkan rivers, according to a study led by Steven Weiss from the Karl-Franzens University of Graz and Jörg Freyhof from the German Centre for Integrative Biodiversity.

For the first time, scientists have documented the remaining stretches of self-sustaining huchen habitat.

Lifted gently from the bucket to the stream, they remain in the shallow water for a few seconds - their blue and brown colors merging with the river stones - then they flash away into the main stream.

"Those are about three years old, they are quite immature still, they have to get quite a bit larger to be mature - about 60 to 70 centimeters (24 to 27 inches)," says Weiss, co-author of the study on the huchen in the Balkan region. 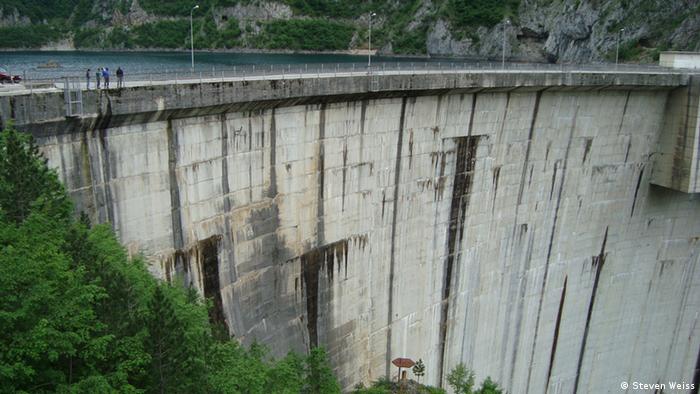 This freshwater giant was once common to the Danube system and all of its major tributaries. But according to Weiss and his colleagues, from the 19th century on, its population declined by two-thirds. This is largely due to the channeling of rivers for navigation and flood mitigation, and increasingly by the building of dams for hydropower.

Eleven dams are planned for the Sava and, according to the international river watchdog Riverwatch, a total of 93 hydropower projects are planned for Balkan rivers in stretches that support the huchen.

Are huchen and dams compatible?

A debate is raging between environmentalists and scientists, calling for more renewable energy from sources such as hydropower yet urging caution and - in some cases - a halt to hydropower dam building.

"We have relatively strong regimes to ensure that the fish migration is perfect in Austria, I would say in all [of our] rivers," says Erwin Mayer, who heads the industry lobby group the Austrian Small Hydropower Association.

He argues that dams can coexist with a healthy fish population, and points to the European Water Framework Directive which, as an EU member, Austria is bound to follow.

The directive requires member states to protect sensitive habitats and endangered species. The huchen joined the International Union for the Conservation of Nature list of threatened species in 2008.

But marine species specialist Weiss disagrees with Mayer's assurances, calling the "fish ladder" issue - creating a fish passage over or around a barrier - a minor one. 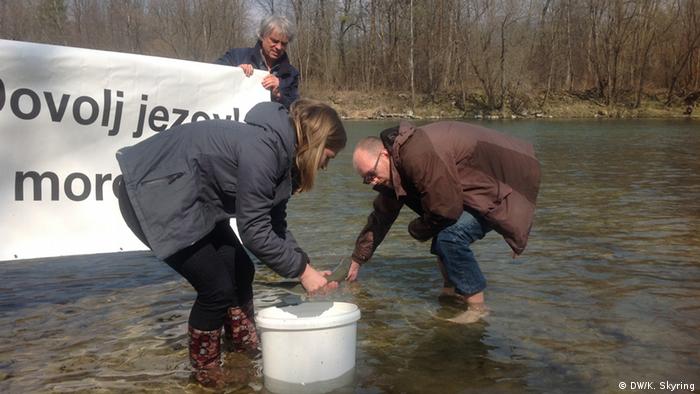 "You still destroy habitats," Weiss points out. Dam-building causes "a tremendous impact on the huchen, and other species regardless of what fish passes are built," he adds.

Their study argues that dams create lakes with "unnaturally fluctuating water levels," and that experience shows huchen, due to their size and behavior, have major problems with fish passage facilities.

With hundreds of new dams planned for the Balkans, mainly in countries not restrained by EU legislation, he fears for the future of the huchen.

"They simply want to build every single possible dam they can - with almost guerrilla tactics - simultaneously all over the region," Weiss says in referring to the hydropower industry.

Among the group gathered on the banks of the Sava to release huchen is Miroslav Zaberl, president of the Fishing Association of Slovenia. With around 12,000 members, they're casting their lot with the environmentalists, and hoping to convince the government that dams should not be built in areas where the huchen spawns.

"The huchen is the king of fish, the most important fish for fishermen or fisherwomen in Slovenia," he says. Zaberl continues by explaining that strict regulation governs huchen fishing, with each club allowed to take just five fish each year.

Zaberl believes that international interest among sport fishermen in catching and then returning huchen to the wild rivers will bring many more benefits to Slovenia than dams ever will. 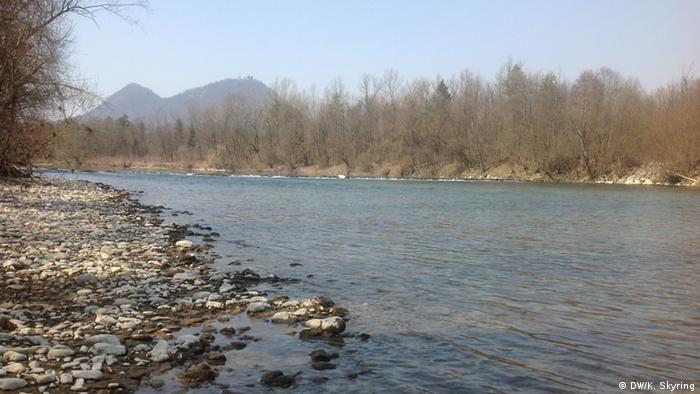 Support for the argument that the rivers are more valuable in their pristine state than as power generators also comes from Riverwatch's Ulrich Eichelmann."When you want to see a real river, what it looks like, you've got to go the Balkans, because we don't have them anymore in Europe," he says.

As the Sava's clean, cool water rushes over gravel bars and carries the newly released huchen to an uncertain future, Eichelmann adds: "In the end, this brings more money to the locals."

Protecting a playground for whales

Dolphins, whales and fish are among the many marine inhabitants that pass through the Gulf of California. Locals need them to continue visiting and are creating protected areas and sustainable fisheries to help. (24.03.2015)

With manta ray populations earmarked for the Chinese medical market, their protection has never been more critical. A marine biologist in Mozambique is working to raise awareness of these mighty sea creatures. (17.03.2015)

Red Sea water may not save drying Dead Sea

The Dead Sea could dry up by 2050. Israel and Jordan are planning to develop a pipeline from the neighboring Red Sea to solve the problem - but could this make the situation for the Dead Sea worse? (13.03.2015)