From boxes of chocolate to diamond jewelry, Valentine's Day has become a global money-maker, but the day for lovebirds goes way back. Here are 7 unusual facts tied to the celebration of love. 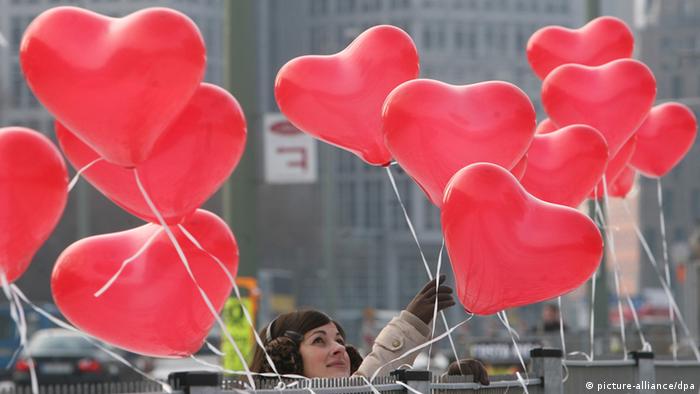 1. Saint Valentine was killed for his faith.

There are many legends surrounding the holiday's namesake. Most likely, he was the Christian bishop Valentine of Terni, who is said to have lived during the third century AD. According to legend, he conducted wedding ceremonies and gave the brides a bouquet of flowers.

During that time, Christianity was forbidden in the Roman Empire. When Emperor Claudius Goticus demanded that Valentine renounce his faith, he allegedly refused and was beheaded - on February 14, 269. Just 40 years after Valentine's execution, the new Emperor Julius I made Christianity the state religion. Valentine was honored as a martyr and granted sainthood.

The roots of Valentine's Day may date back even further than Saint Valentine himself. The ancient Romans used to celebrate a fertility festival, known as Lupercalia, in mid-February. The festivities, which involved sacrificing goats and dogs and conducting other rituals thought to increase women's fertility, came to be associated with modern-day Valentine's Day because they were observed between Febrary 13-15.

Nearly a millennium after his death, Valentine became the patron saint of love in Europe. English immigrants brought the Valentine's Day tradition with them to the New World and it was in America that the holiday really took root.

After World War II, US soldiers then brought the Valentine's Day tradition back to Europe. In Nuremberg, the first Valentine's Ball was celebrated in 1950. At the time, however, people observed the day by giving small gifts not only to their spouse or lover, but also to their family members and friends.

4. Valentine is a popular name in Germany. 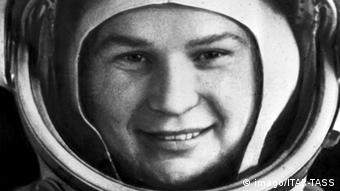 Valentina Tereshkova was the first woman in space

The name Valentine comes from the Latin word "valens," which means healthy or strong. According to the most recent statistics from the Society for the German Language (Gesellschaft für deutsche Sprache), 1,800 baby boys were named Valentin (the German spelling of the name) in 2014, making it the 52nd most popular boy's name that year. The female version, Valentina, became the 69th most popular girl's name that year. In the US, the name Valentine has not made the list of top 1,000 names since 1955.

Famous bearers of the name include Russian writer Valentin Rasputin, who passed away in 2015, and Russian cosmonaut Valentina Tereshkova, who in 1963 became the first woman to go to space.

Valentine's Day is a prime opportunity to take the big leap and say "I love you" to your sweetheart for the first time. While that moment might be stressful enough as it is, it can take on a different tone depending on which language you are speaking. The German "ich liebe dich" is an exercise in tongue control, while the Dutch "Ik hou van jou" almost sounds more like a threat than an admission of affection.

The French put "you" in the middle of "I love you" ("je t'aime"), while Polish grammar allows for selflessly leaving the "I" out altogether: "Kocham cię."

A confession of love in Turkish, on the other hand, can get a bit more longwinded: "Tutmak istediğim el senin elin. Duymak istediğim kalb senin kalbin. Öpmek istediğim dudaklar senin dudakların." That means something like: It's your hand I want to hold, your heart I want to hear and your lips I want to kiss. Now if that doesn't make your heart melt? 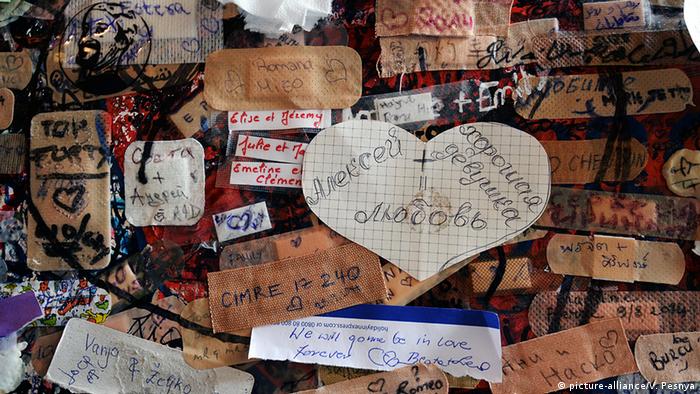 Whether smitten or distraught, lovers post their thoughts at the house in Verona where "Romeo and Juliet" was set

6. Valentine's Day is an inspiration for artists (and tourists).

William Shakespeare's tragedy "Romeo and Julia" is world-famous and perhaps the first story that comes to mind when we think of romance. The young couple met in the Italian city of Verona, where they not only fell in love, but also took their own lives. Since the 19th century, people suffering from lovesickness have written Julia letters and laid them at her grave in Verona. At some point, they also started hanging them on the wall at the house where the play was set, the Casa di Giulietta, which is a museum.

This practice, which sees a peak on Valentine's Day, inspired the 2010 Hollywood movie "Letters to Juliet," starring Amanda Seyfried.

Another Valentine's Day film isn't recommended for lovers. "Picknick at Hanging Rock" is a 1975 psycho-thriller by Australian director Peter Weir, in which girls start mysteriously disappearing from an all-girls school on Valentine's Day.

The best Valentine's Day song is Chet Baker's version of the jazz standard "My Funny Valentine." The message is one we'd all like to hear: Stay just the way you are because with you, every day is Valentine's Day.

7. What else has happened on February 14…

On February 14, 1895, Oscar Wilde's romantic comedy "The Importance of Being Earnest" premiered at the St. James Theater in London. In the story, two friends try to win over two women who have sworn they will only marry a man named Earnest. They two men pretend to be Earnest - and chaos ensues. 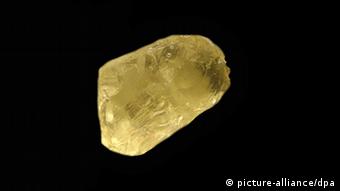 On February 14, 1972, the Star of Sierra Leone, the world's third-largest diamond, was discovered. Measuring in at 900 carats, it was found in the West African country of Sierra Leone, which is rich in diamonds, gold and platinum.

On February 14, 1981, the popular German TV game show "Wetten, dass…?" was broadcast for the first time. The show's developer Frank Elstner was its first host. Viewers could bet against celebrity guests that they could succeed it setting a record. In the first show, one contestant claimed they could blow up a hot water bottle until it burst - and won the bet.