6 cities that rejected the Olympics

Becoming an Olympic host city was long considered a crowning achievement. That is no longer the case as voters reject shouldering the considerable expense involved. Most recently, voters in Calgary, Canada, said no. 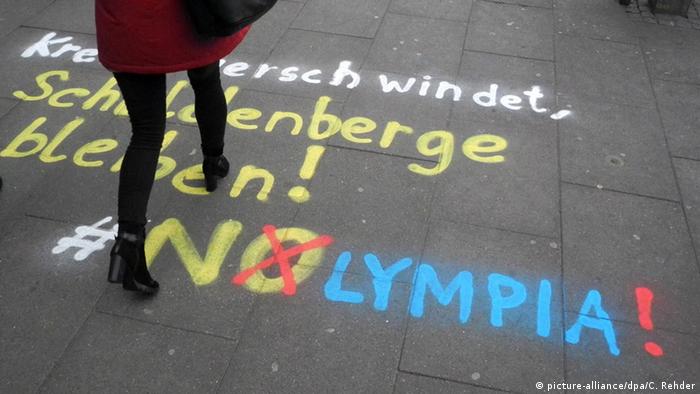 Calgary's bid to host the 2026 Winter Olympics is presumably finished after citizens voted "no" on Tuesday by over 56 percent against the city's plan to bid for the Games.

Those in the "No" camp were jubilant at the result.

"I think that people had enough of the establishment, telling us what to do, what to think," local councillor Sean Chu said. "They tell you to spend millions, billions, it's good for you."

Calgary is just the latest city to reject the Olympics in recent history. And cities reject playing host to the games for one main reason: money.

According to Business Insider, "Hosting is expensive. Every game in the last 50 years has gone over budget. The 2014 Sochi Winter Games went over its $10 billion budget by an additional $41 billion."

No wonder then, that in an era of fiscal conservatism around the world, more and more cities are saying no to the Olympics.

Read more: Opinion: Lausanne, we have a problem!

Innsbruck: In September of 2017, locals overwhelmingly voted against bidding for the 2026 Winter Olympics. The city was the venue of the 1964 and the 1976 games so it was no stranger to hosting the games.

Rome: The Italian capital last hosted the games in 1960. In September 2016, Rome passed on a re-run. Virginia Raggi, of the Five Star movement, ran for mayor on a ticket of strong opposition to a bid.

Hamburg: Local officials thought they had a lock on getting the city of Hamburg to support a bid for the 2024 Summer Games. Polls showed that citizens supported the bid by 64 percent, but when they finally put it to a vote, the electorate turned its back and said no.

Oslo: Norway last hosted the Winter Games in Lillehammer in 1994 and was seen as favorite for the 2022 edition. But in October 2014, Oslo withdrew its bid making it the fourth city after Stockholm, Lviv and Krakow, to have second thoughts.

Bern: Voters in the Swiss city in September 2002, refused to approve a 22.5 million Swiss francs ($15 million, €13 million) bid package — money just to work on the bid — thus forcing the city to pull out of the Olympics race.

Denver: In possibly the most embarrassing moment in the history of Olympics host city competition, Colorado voters rejected hosting the 1976 Winter Olympics after Denver had been awarded the games. Concerns cited were about the financial and environmental impact.

Just days after Stockholm was confirmed as a candidate to host the 2026 Olympics, the city's bid is in doubt. Stockholm had been the clear favorite, ahead of Calgary and a joint bid from Milan and Cortina d'Ampezzo. (12.10.2018)