Police in Ghana say there have been dozens of incidents of violence during the divisive election. President Nana Akufo-Addo and former President John Mahama both claim to be on track for victory. 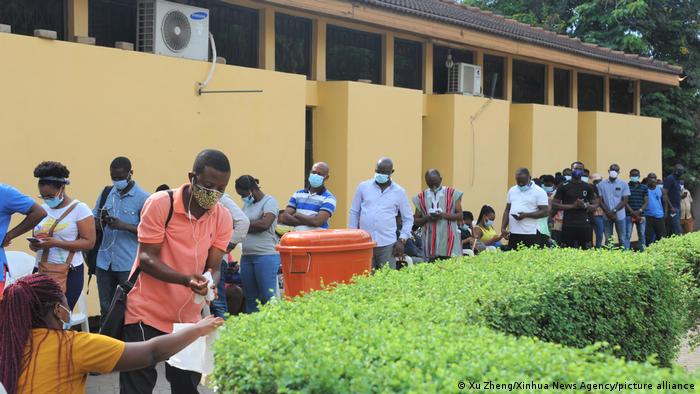 The Ghanaian Police Service said there had been more than 60 incidents since Monday morning.

"Twenty-one of the incidents are true cases of electoral violence, six of which involve gunshots resulting in the death of five," it said.

Election observers had praised Ghana for its relatively peaceful election. Ghana is generally one of West Africa's most stable democracies.

However, tensions have risen as both Mahama and Akufo-Addo claim to be in the lead. Official results were expected later on Wednesday, polls had pointed to a very tight race before the vote.

Official results from seven out of the country's 16 regions point to a narrow victory for opposition candidate Mahama.

But Mahama has accused Akufo-Addo of showing "credentials that are very undemocratic" and using the military to sway the result.

"You cannot use the military to try and overturn some of the results in constituencies that we have won. We will resist any attempts to subvert the sovereign will of the Ghanaian people," he said. It came after social media rumors that he had conceded defeat.

"No candidates at this stage should undermine the work of the EC [electoral commission], it is irresponsible and it would endanger the peace of this country," Oppong Nkrumah warned.

The parties of the two candidates have alternated leading the country since 1992.

Ghana's neighbors urged parties to maintain a peaceful situation, with the Economic Community of West African States (ECOWAS) saying, "We appeal to political parties and their followers to refrain from any conduct that may undermine the successful conclusion of electoral process."

Political newcomers have it tough in a country where long-established families dominate the polls. The top presidential candidates in the December 7 election are all offspring of Ghana's independence-era "Big Six."

Kenya's president-elect, William Ruto, has been accused of crimes against humanity and corruption. He's been declared winner in results now mired in controversy. It's a disappointing turn, writes Patrick Gathara.

Votes are still being counted and so far the presidential election in Kenya has been largely peaceful. But as tensions rise about the results, people fear a repeat of the violence they saw after elections in 2007. DW went to the village of Chagaiya where locals were leaving, fearing the worst.