Letters and postcards tell the true story of a Jewish family during the Nazi era as parents from Hamburg write to their son, in exile in Sweden. It's a piece of personal history, available to read online. 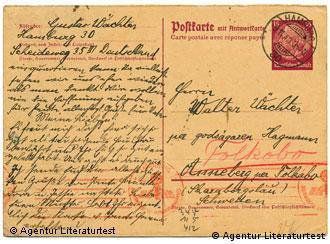 Both the language and script in the postcards were foreign to Torkel S. Wächter

It was a secret that had slumbered for years. Until his father's death, Torkel S. Wächter knew that there was something that the elder Wächter could not or would not speak about.

"I understood that there was something hidden in him. He had shown that in a nonverbal way," said the Swedish author recently.

But the few important dates that the younger Torkel knew sufficed to prevent him from getting too close to his father's taboo. Walter Wächter was born in 1913 as the son of a Jewish family in Hamburg, where he also grew up. During the Second World War, he fled Germany and began a new life in Sweden.

But any attempts to speak about those years afterwards fell apart - a state of affairs that persisted until Walter Wächter's death in 1983. Years passed before Torkel S. Wächter was able to take a closer look at his father's estate. 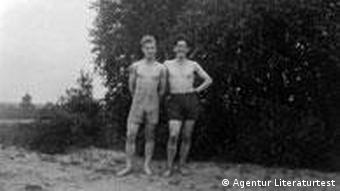 "I knew that there was material about his life there, but it would have been like looking at things that were too private. I sort of had the feeling that my father could see me!" Wächter explained.

As a gesture of respect and also out of fear of what he would find, he left his father's documents untouched for 16 years.

In 1999, Wächter gathered up the courage to take a look at the documents. But most of the material was written in German, including the 32 postcards that he has since put online and extensively commentated. What's more, the postcards were written in a font known as Sütterlin, an old-fashioned script that even very few contemporary Germans can read. So the Swedish author turned to senior citizens in Hamburg for help with the transcription.

"And then I learned German so that I could read the postcards and other materials," he said. 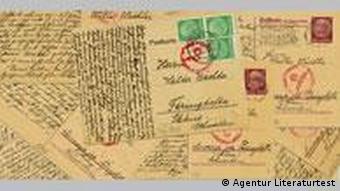 Fear of censorhip led the family to choose their words carefully

But the reconstruction of the family's history was far from finished with material from the postcards alone. Those correspondences were primarily exchanged between Wächter's grandparents Minna and Gustav in Hamburg and his father, Walter, in Sweden. Torkel S. Wächter worked his way through hundreds of letters and journal entries, also spending countless hours of research in archives.

Eventually, the reality behind the cheerful exchanges became clear.

"My dear! First I want to wish you all very happy holidays," wrote Minna Wächter to her son and his wife in Sweden toward the end of 1940. "Have you moved into the new house now? Dora is going on Sunday to the Thalia Theater with Jessie to see 'Snow White.'"

What she didn't write is explained in the Internet commentary. Minna couldn't accompany her non-Jewish relatives Dora and Jessie because Jews were forbidden from visiting plays, concerts and movie theaters.

Under the censors' eyes

The terrible circumstances facing the family remain below the surface in their letters. 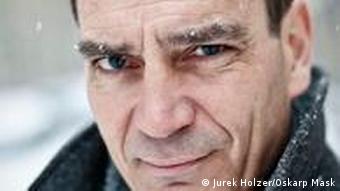 Torkel S. Wächter is a well-known author in his native Sweden

"I think that was due to the censorship," said Torkel S. Wächter. "But the purpose of the postcards was also to prevent one another from losing hope. They didn't write so much about their unhappiness, rather about their hopes. I read more about their anguish in their journals," Wächter said.

Wächter included one of his father's journal entries in the 32 Postcards Internet project. On January 5, 1941, Walter Wächter wrote the following:

"In two months, it will be three years since I was released from prison and had to leave Germany. What a time it has been! So rich in external incident and impoverished in inner life. How bleak and hopeless the future seems from here. I fled across Europe, only to spend more than two years as a farm laborer in Sweden - and in a fragile state of health. Italy, Yugoslavia, Hungary, back to Germany - object of bitter hatred and desperate love - then almost Denmark and finally Sweden. And, during three years of living in a commune, to experience a degree of human solitude that one would never imagine possible in the individualism of bourgeois life."

Those are moments in which Torkel S. Wächter discovers sides of his father he hadn't known before.

"I know my father as a fighter! He was very active politically. He was in the Social Democratic Party and then in the socialist workers' party. That was the same party to which [former Chancellor] Willy Brandt belonged. He was a person who had a lot of interest in society, and he would have never enjoyed working on a farm," Wächter explained.

But his father also encountered some positive surprises. On the day after the Kristallnacht pogrom on November 9, 1938, the elder Wächter reached Denmark.

"He wasn't allowed into the country by a Danish official. He almost gave up at that point and jumped into the water. But two German rail officials helped him get back to Hamburg without any money. There, he was able to get more funds from his father and made it to Sweden." 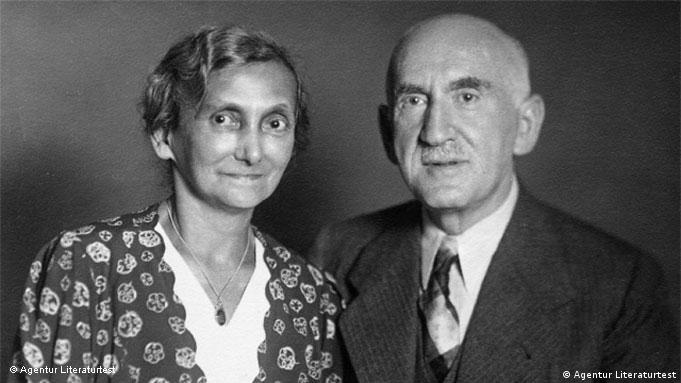 Making his family's story publicly available online is an experiment with what Torkel S. Wächter calls "simulated real time." He put each of the postcards online exactly 70 years after they were written. The final letter dates from December 6, 1941. It was the day on which his grandparents were deported on a train to Riga.

"It was in the morning around noon when the train took off," he said reflectively in a conversation on December 6, 2011, a few minutes before the clock struck 12:00.

Wächter's grandparents were murdered in Riga. The Internet project, said Torkel S. Wächter, "has helped me to understand their story better. I wanted to share it with others."

And presenting their history online does indeed enable direct contact with readers - in contrast to Wächter's work as an author.

"That's really a great thing," he said. "The interest in Germany is especially big. I think that many people there have had experiences similar to mine, and that goes both for Jewish and non-Jewish families. We all lost something in the war."

The appointment of a right-wing director at Budapest's New Theater raises new worries about freedom in the arts. Hungarians are protesting what they see as too much interference by the government. (25.10.2011)

The museum was a success even before it was finished. Nearly 350,000 people visited Berlin's Jewish Museum when it was just an empty structure, and more than 7 million have come since it opened in 2001. (24.10.2011)