Scientists say the discovery of a 2.8 million-year-old jawbone fragment with teeth attached has changed the timeline of human evolution. The fossil was found in northeast Ethiopia two years ago. 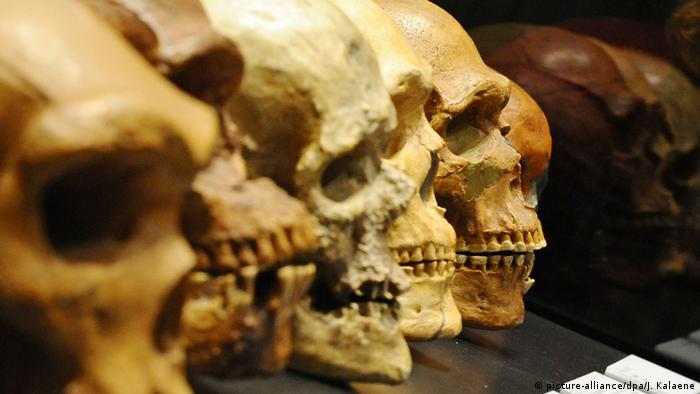 Experts say the partial jawbone (seen in the tweet below) comes from the earliest period of human evolution, with its discovery pushing back the origin of the genus Homo, to which humans belong, by 400,000 years.

The fossil, an adult jaw fragment which includes five teeth, was discovered two years ago by Chalachew Seyoum, an Ethiopian graduate student from Arizona State University. Seyoum said he was looking for fossils and spotted a tooth poking out of the ground.

The fossil has been described as a very early representative of the species that led to modern humans, but not a direct ancestor of our particular species, homo sapiens.

It it thought to come from very close to the time that the early human branch split away from our more ape-like ancestors - an example of which is the fossil skeleton Lucy, which was discovered in the nearby Ethiopian site of Hadar and is about 3.2 million years old.

Until now, the oldest known Homo fossil was believed to be about 2.3 or 2.4 million years old.

The find bolsters the argument that Homo arose from Lucy's species, rather than a related one, anthropologist Susan Anton of New York University told AP.