Conservationists are worried about the spread of a disease that killed 1,000 lions in Africa in the 1990s. India's Gir National Park holds all of the roughly 500 Asiatic lions left on earth. 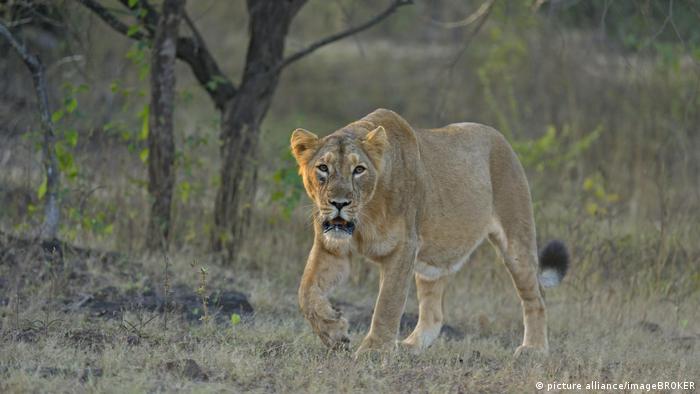 Conservations for India's Gir National Park in the country's western region of Gujurat announced on Tuesday that 21 Asiatic lions had died in the park in the past three weeks. At least four of them were confirmed to be carrying a virus that killed 1,000 lions in Tanzania in the 1990s.

The virus is called canine distemper virus (CDV), and can easily spread from dogs in the wild to other animals.

"A team of experts is working to ascertain the reason for the viral infection. Since all 21 lions have died in one Sarasiya grassland, it is a matter of concern," said park official Dushyant Vasavada.

Another 31 lions from the same part of the sanctuary are currently under observation, though they have shown no sign of the disease thus far.

Gir National Park is home to all the world's remaining Asiastic lions, of which there are about 520.

Africa's elephants are on the road to extinction. Faye Cuevas founded the tenBonma project to secure their future by stopping poachers before they kill the animals. And that involves a lot of detective work. (12.09.2018)

A total of nine lions have tested positive for coronavirus at a zoo near Chennai in India. The source of the infection remains unclear.

Indian farmers use tech solutions to keep away marauding monkeys 18.03.2022

Instead of using traps or poison, some farmers in India are testing light and sound as kinder ways to keep away monkeys, elephants and other daring would-be diners from their crops, already hit by climate change.