Nearly 200 years ago, engineer Charles Babbage made plans for an engine with the basic components of a modern computer. The machine was never built, but now UK researchers are building the ancient mechanical computer. 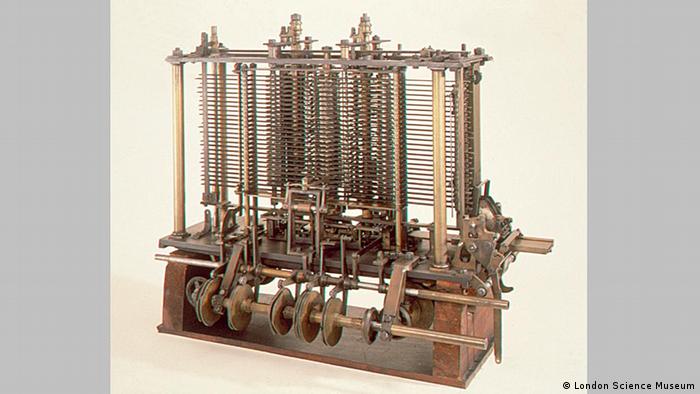 In 1837, the famed English engineer, Charles Babbage, drew up plans for a mechanical computer. Made of brass and iron and powered by steam, the Analytical Engine was designed 100 years before mathematician Alan Turing laid out the principles of modern computing that paved the way for modern, electronic computers.

Babbage’s machine is recognizable as a general purpose computer - but it was never built, and knowledge of its design remained largely unknown to 20th century engineers.

This year, however, Doron Swade, a computer historian, and programmer John Graham-Cumming are working to build the Analytical Engine, nearly two centuries after it was first designed.

"The Analytical Engine incorporates almost every logical feature of a modern digital electronic computer," Swade told Deutsche Welle, "except it's mechanical, so it is in a sense the 'Ur' machine of computing."

Known as Plan 28, the project will be officially launched in the coming weeks. The duo already have about 120,000 euros ($154,000) in pledges. They estimate the entire project will cost about 12 million euros ($15.4 million), mainly to come from private donations.

None of the drawings for the Analytical Engine is complete. So Swade and Grahame-Cumming's first job is to make a complete set of drawings using Babbage’s notebooks, which have been digitized by London’s Science Museum.

After that, Graham-Cumming and Swade will generate a three-dimensional virtual model and construction will begin. They hope to have the engine up and running in about 10 years. "It had memory, although made of brass rather than silicon. It had a central processing unit, the chip, the central part of the machine, made of cogs," he told Deutsche Welle. "It had a program on cards made of paper pasted together or ivory, and it even had a printer."

Graham-Cumming added that the engine would have had about a kilobyte of memory – about a million times less than today’s average laptop.

He described the memory as stacks of brass cogs, each one containing the numbers 0 through 9. With a stack of them, you could write a number up to about 30 digits long.

The Analytical Engine's central processing unit, which Babbage called the mill, was even more complicated. In addition to simple mathematical procedures, it had to perform the so-called comparison operation. That is the ability to look at the computer's own memory, read the numbers, and then make a decision.

According to Graham-Cumming, anyone who has done basic computer programming today would very quickly be able to work out how to program the analytical engine. Using basic arithmetic, you could use the memory to represent different things. 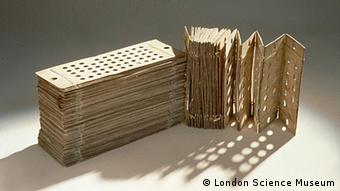 The engine's cards are similar to those of other early computers

One of the main motivations for the project is to consider how the history of information technology might have changed if Babbage had actually built his Engine.

"Could you have had an information age in the 19th century had Babbage succeeded?" Swade said. "Could you have built these things out of machinery? Or did the world have to wait for the children of the silicon age to implement the principles of computing, because the principles were embodied in his designs?"

Swade rejects the notion that Babbage never built his machines due to the limitations of 19th century engineering.

Swade previously led a 17-year-long project to build another of Babbage's Engines, called Difference Engine Number Two. The five-ton mechanical calculator is made of 8,000 parts, which the Briton has gotten working.

When the 20th century pioneers of modern computing began their work, they reinvented Babbage's principles largely in ignorance of his work. However, in the next few years, Plan 28 should be able to show us just how close their precursor came.

A British group tells DW it will soon sell the credit card-sized Raspberry Pi computer for just $25. The project's head says the low-cost device is designed to help teach computer science to children. (13.01.2012)

Researchers in Hamburg and California have shrunk the physical size needed to store data. However, it will likely be several years before a new class of hard drive can be built using this method. (13.01.2012)

Tomorrow's computers will be smaller and less visible, expert says

How will computers look in the future? As technology becomes more integrated into people's lives, computers will look less like current devices as we know them, says Fraunhofer's Stefan Jaehnichen in a DW interview. (01.10.2010)